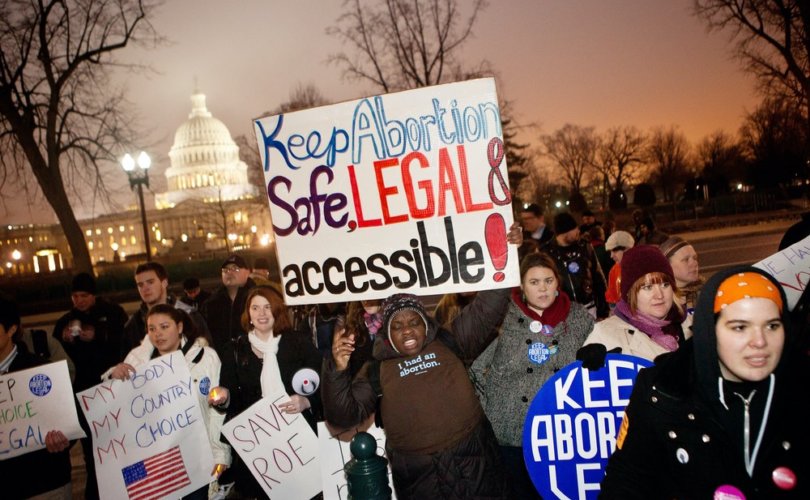 VIRGINIA, November 8, 2019 (LifeSiteNews) – With Democrats taking control of the Virginia legislature this week, abortion advocates see an opportunity to reinforce abortion-on-demand within its borders.

Democrats gained two state Senate seats and six House seats on Tuesday, marking the first time in 26 years the party controlled the legislature and the governorship simultaneously. Perhaps the most notable victory was that of incumbent Del. Kathy Tran, who inadvertently sparked a national debate about infanticide in January when she admitted a bill she had introduced would allow abortion as late as when a mother “has physical signs that she is about to give birth.”

Democrat Gov. Ralph Northam intensified the controversy when he defended the bill on the grounds that in cases of “severe deformities” or a “nonviable” baby, he said, a born-alive infant would be “delivered,” “kept comfortable,” but after that the child would “be resuscitated if that’s what the mother and the family desired, and then a discussion would ensue between the physicians and the mother.”

Northam’s troubles further intensified days later when images from a medical school yearbook surfaced depicting him wearing either blackface or a Ku Klux Klan robe at a party. Adding to state Democrats’ woes, allegations surfaced that Lt. Gov. Justin Farifax sexually assaulted a woman at the 2004 Democrat National Convention, and Attorney General Mark Herring admitted that he too had worn blackface in the 1980s.

None of those scandals forced those men out of office, however, nor did they render Democrats toxic with a majority of Virginia voters, leaving the abortion lobby with an opportunity to seize next year.

“Our vision is to make Virginia a safe haven for abortion care and access,” NARAL Pro-Choice Virginia executive director Tarina Keene told Vice Wednesday. “In the event of the worst-case scenario—that Roe is overturned—we can put these safeguards in place to make sure people who live in surrounding states and even beyond have access to care.”

Planned Parenthood Virginia PAC board chair Paulette McElwain added that the abortion lobby’s “first order of business” would be the repeal of several modest pro-life laws currently on Virginia’s books, including a 24-hour waiting period, a mandate that abortionists offer women an ultrasound image of their babies, parental consent, and a ban on abortion coverage in tax-subsidized health insurance plans.

Pro-life activists fear that Democrats could also repeal the state’s current bans on third-trimester and partial-birth abortions with legislation similar to Tran’s bill or a bill like those introduced in several other states to codify a statutory “right” to abortion in the event that the U.S. Supreme Court overturns Roe v. Wade.

“Because our opposition has so dramatically shifted [from moderate Democrats to abortion absolutists] the margins are much wider if there’s a loss,” Virginia pro-life activist Rev. Patrick Mahoney told LifeSiteNews this week, urging pro-lifers to “focus on the urgency of the hour.”