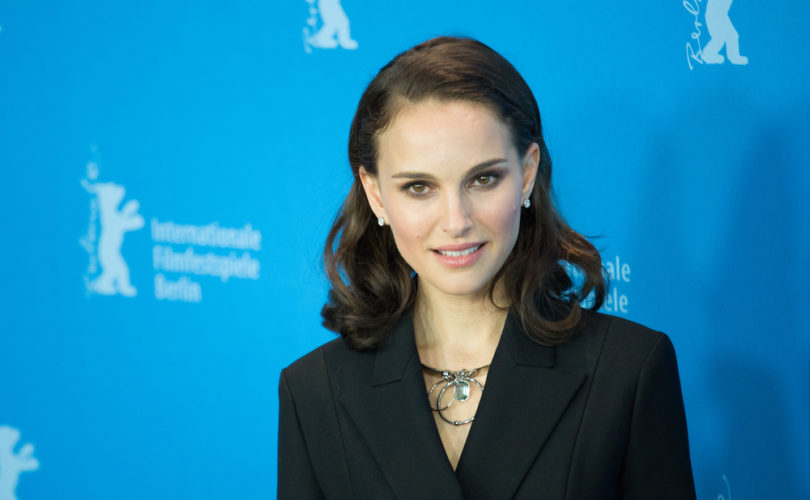 The actress, best known for her portrayal as Padme in the popular big screen “Star Wars” saga, spoke to graduates of her alma mater, Harvard University, last Wednesday.

Portman admitted she had a difficult first and second year during her the keynote speech at Harvard College's Class Day ceremony.

“Some combination of being 19, dealing with my first heartbreak, taking birth control pills that have since been taken off the market for their depressive side effects, and spending too much time missing daylight during winter months, led me to some pretty dark moments,” she said.

Portman's admission that taking birth control pills contributed to ill health should not come as a surprise. Oral and injectable contraceptives have a well-documented history of negative effects on women, whether mental or, more often, physical. The risk for blood clots, which can cause stroke, heart attack, blindness, brain damage, and death, is three-to five times higher in women taking birth control pills.

In 2011, the Food and Drug Administration (FDA) admitted that “all birth control pills pose a risk of blood clots.” At the time, the FDA was looking into specific “low dose” contraceptives manufactured by Bayer. Two British medical studies contended that Bayer's contraceptives containing drospirenone posed two to three times a greater risk of dangerous blood clots than other contraceptives.

An investigation found that pharmacists suspected the deaths of 23 Canadian women were attributable to two “low-dose” contraception pills, Yaz and Yasmin. Birth control pill manufacturer faces 7,000 Yaz-related lawsuits, and has paid out over $1 billion to settle thousands of lawsuits in the United States.

Oral contraceptives also can contribute to blindness. One study examined the Center for Disease Control’s National Health and Nutrition Examination Survey, and found that women who used birth control pills for three years had doubled their chances of having glaucoma.

Birth control pills decrease the amount of antioxidants and vitamins in a woman's blood. A study carried out by the Albert Einstein College of Medicine at Bronx-Lebanon Hospital found that women who use hormonal contraceptives have significantly lower levels of essential vitamins and antioxidants compared to women who do not use the drugs.

Despite these and many other studies, most people do not know the dangerous health effects of birth control pills.

“Thousands [of women] are experiencing life-threatening, health-destroying side-effects, such as blindness, depression, and pulmonary embolism,” Elizabeth Kissling wrote in Ms. Magazine. Kissling then told the stories of young, otherwise healthy women who had suffered each of these consequences.

In time, Portman recovered from the negative mental side effects of her contraceptive use.

In her Harvard speech, Portman admitted, “When I came in as a freshman in 1999, I felt like there had been some mistake.”

“I feared people would assume I had gotten in just for being famous, and not worthy of the intellectual rigor here,” Portman said, admitting the allegation had a great deal of merit. “When I came here, I had never written a 10-page paper before. I'm not sure I had written a five-page paper.”

“I had some difficult times,” she stated.

In her Harvard speech, Natalie Portman also admitted that as a famous actress at the Ivy League school, she received grades she didn't deserve. “I should have failed both [of two difficult freshman year classes]. For your information, I got a B in both.”

Portman graduated Harvard in 2003 with a degree in psychology.

The 33-year-old, who is an outspoken supporter of abortion-on-demand, said in her 2010 Academy Award acceptance speech that motherhood is the “most important role of my life.”

On another occasion, Portman said the Bible changed her view of her Best Actress Oscar statue, which she accepted in 2010 for her role in the movie “Black Swan.”

“I was reading the story of Abraham to my child, and talking about not worshiping false idols. And this is literally like gold men,” she said, explaining she keeps her Oscar statue in her safe, but not on display. “This is literally worshiping gold idols — if you worship it. That’s why it’s not displayed on the wall. It’s a false idol.”

New contraceptives raise risk of blood clots by 50 to 80 percent: British study
21-year-old woman dies after taking contraceptives for less than a month

Use of abortifacient contraceptives doubled in U.S. since 2006