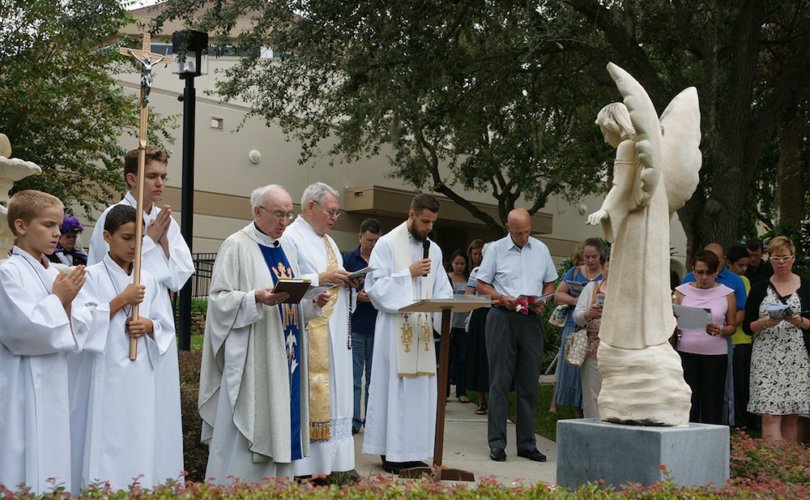 National Day of Remembrance for Aborted Children in Orlando, Florida

CHICAGO, September 2, 2016 (LifeSiteNews) – Next Saturday, September 10, is the annual National Day of Remembrance for Aborted Children.

Memorial services will be held at approximately 145 locations throughout the United States for the victims of abortion, including many at the graves where aborted babies are laid to rest.

This memorializing of aborted children, including nearly 50 gravesites around the nation where they are buried, reflects a tiny fraction of the nearly 60 million children killed by abortion since it was legalized in 1973, a release from the coalition behind the remembrance event said.

“The children we remember on this day were abandoned not only by their parents but by our entire society, which condones their destruction at the most vulnerable stage of human life,” said Eric Scheidler, co-director of the National Day of Remembrance and executive director of the Pro-Life Action League. “The pro-life activists who retrieved and buried these children gave them the only act of human kindness they would ever receive. In visiting their graves and memorial markers, we embrace these children as part of the human family.”

The Pro-Life Action League, Citizens for a Pro-Life Society, and Priests for Life coordinate the annual remembrance to increase awareness of the reality that every abortion results in the death of an innocent child and to honor these unborn boys and girls.

Other speakers include Rev. Walter Hoye, who was imprisoned for sharing pro-life messages outside an abortion facility, several Catholic bishops and elected officials.

Pro-life supporters are invited and encouraged to take part and show that unborn children will not be forgotten. Opportunities still exist to host a memorial.

Locations and times for the National Day of Remembrance prayer vigils are available at AbortionMemorials.com.