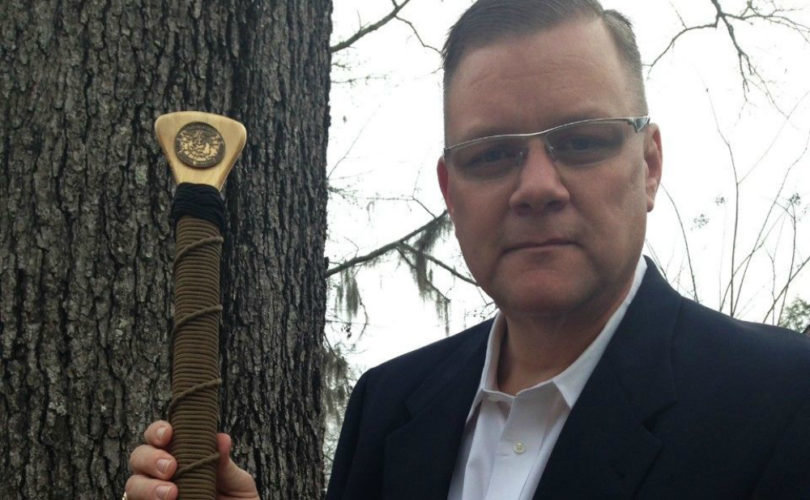 WASHINGTON, D.C., October 28, 2015 (LifeSiteNews) — A Navy chaplain who got his job back in September says he's glad to be cleared of charges — but that dark days are ahead for Christians.

“The days of going to Church on Sunday and going throughout the week and not ever having anyone talk to you, I think, [are] gone,” Lieutenant Commander Wesley Modder told The Daily Signal. “We live in a very secular society, very postmodern. And people want to know what you believe. Even at the risk of being maybe attacked.”

Modder's case became a cause célèbre for social conservatives after he was relieved of his duties for offering pastoral guidance on sexuality, especially same-sex relationships. Complaints against Modder came from several service members, including an assistant that the chaplain says was not only new to the office, but regularly asked Modder about homosexual relationships.

“It was insulting and it was devastating,” Modder told Fox earlier this year. “I felt discriminated against. How could something like this happen at this stage of my career?”

Modder's case was taken up by Rep. Doug Collins, R-GA, an Iraq veteran who serves as an Air Force Reserve chaplain — as well as the president of a group that represents “atheists and humanists in the military.”

Former Army Capt. Jason Torpy told The Daily Signal that a chaplain “shouldn’t have to advocate for somebody else’s beliefs,” though “a civil, compassionate, and professional discussion using all of the professional chaplain skills that you have” is “the reasonable expectation.”

“Nobody’s expecting them to come in and say, ‘Hey, being gay is awesome,’” says Torpy, though he also said that “it’s unreasonable for people to browbeat people or belittle them in any context.”

Modder was represented by Liberty Institute, who provided LifeSiteNews with the letter reinstating Modder. Written by Rear Admiral David Steindl — head of Navy Personnel Command and deputy chief of Naval Personnel — the letter stated that Modder would “not be detached for cause.”

“I have found the evidence of substandard performance in this case does not meet the standard of gross negligence or complete disregard of duty under reference,” wrote the admiral, who ordered that the incident not go on the chaplain's official record.

Modder says he is now heading to Naval Base San Diego, where he will continue his service.