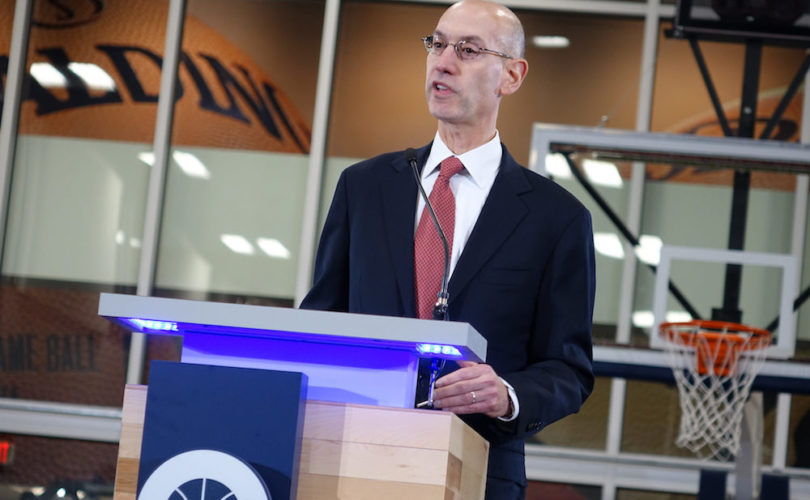 NEW YORK, New York, August 29, 2016 (LifeSiteNews) — The National Basketball Association (NBA) made good on its threat to pull the league’s annual All-Star Game out of Charlotte in response to North Carolina enacting a law protecting privacy and security in public bathrooms, announcing earlier this month that the 2017 game will be moved in New Orleans.

“The 66th NBA All-Star Game will be played on Sunday, Feb. 19, at Smoothie King Center — home of the New Orleans Pelicans,” an August 19 release from the NBA said. “The game was previously scheduled to be held in Charlotte, N.C.”

In June, NBA commissioner Adam Silver gave the state of North Carolina until the end of the summer to change the law, which the NBA termed “discriminatory,” stating, “I don't see how we would get past this summer without knowing definitively where we stand.”

At issue is North Carolina’s HB2, or the Public Facilities Privacy and Security Act, passed earlier this year in overruling the city of Charlotte’s ordinance requiring all public businesses to allow transgender people to use the restrooms, showers, and locker rooms of their choice.

Aside from repealing the Charlotte ordinance, HB2 limits municipalities’ ability to enact laws with special protection based upon “gender identity” while also mandating all public educational and government organizations to have restrooms and locker rooms designated by biological sex.

The NBA is among more than a dozen organizations that have threatened boycotts of North Carolina because of HB2 supposedly being discriminatory while continuing to do business in countries with poor human rights records.

The NBA officially announced Charlotte would lose the annual game on July 21, saying in a statement, “While we recognize that the NBA cannot choose the law in every city, state, and country in which we do business, we do not believe we can successfully host our All-Star festivities in Charlotte in the climate created by HB2.”

The NBA gave conciliatory mention to its fans in that statement, saying, “We are particularly mindful of the impact of this decision on our fans in North Carolina, who are among the most passionate in our league,” and also drew distinction between the City of Charlotte, which passed the original bathroom measure allow transgender individuals access to bathrooms of the opposite sex, and its Hornets team, from the state which passed HB2.

“It is also important to stress that the City of Charlotte and the Hornets organization have sought to provide an inclusive environment and that the Hornets will continue to ensure that all patrons – including members of the LGBT community – feel welcome while attending games and events in their arena,” it said.

The NBA also suggested last month that North Carolina could have the game back if it bowed to the league’s position, stating, “We look forward to restarting plans for our All-Star festivities in Charlotte for 2019 provided there is an appropriate resolution to this matter.”