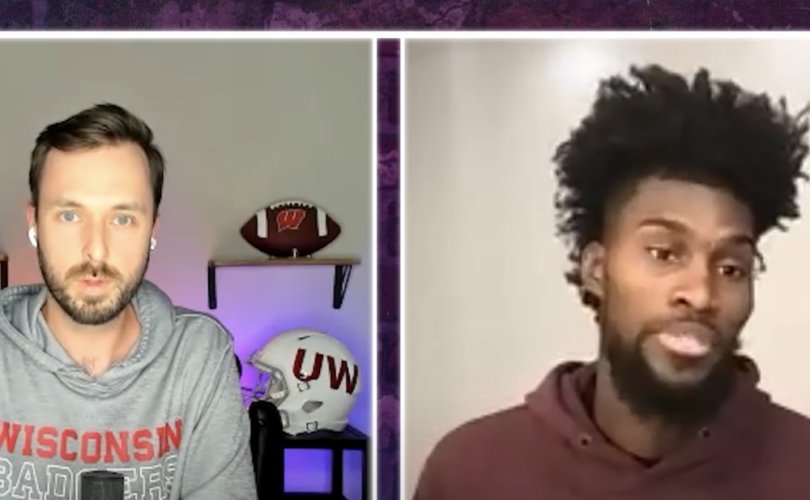 (LifeSiteNews) – Orlando Magic basketball forward Jonathan Isaac went viral last month with his eloquent explanation for why he declined the COVID-19 vaccine and call for respecting differing personal medical choices on the subject, and has now expanded on his thoughts and reaction to the controversy in an interview with the Daily Caller’s David Hookstead.

Isaac drew headlines near the end of September for confirming that he would not get vaccinated, despite the possibility of missing future games depending on local mandates. He explained that he did not believe the ratio of his personal risk of COVID reinfection versus the possibility of an adverse vaccine reaction such as myocarditis made sense for him, between his age, fitness, and prior COVID infection.

“I’ve had COVID in the past and I feel like I’ve done a good amount of research that’s only getting stronger that suggest immunity from natural infection is just as good, if not better than immunity from the vaccine,” Isaac told Hookstead in his latest interview published Thursday. “There’s the part about me being healthy. I’m young.”

Beyond his personal situation, Isaac lamented that “COVID hysteria” nationwide was “getting out of hand. I feel like people have been so weaponized and to a degree misguided by the media, to just be upset with everybody and beat everybody over the head that has any type of hesitancy about the vaccine, there are people with medical issues, there are people with religious hesitancy about taking the vaccine, and people are just, it’s either black or white, there’s no nuance.”

Isaac went on to explain that witnessing the real-world fallout of that hysteria, particularly people losing their jobs for refusing to vaccinate, compelled him to take a stand as a “voice for the voiceless.”

“I am against taking away the freedom and the choice of people in pursuit of an end that doesn’t make sense or isn’t scientifically reasonable,” he said. “It’s freedom that’s on the line, not necessarily about the vaccine being unsafe or bad, but people should have the freedom of choice to do so.”

He also elaborated on a Rolling Stone article that identified him as one of “the NBA’s Anti-Vaxxers [who] Are Trying to Push Around the League,” which he said was an example of the press “not doing a good job of protecting the American people and leaving people in this limbo of not knowing what’s true.”

The article, written by Matt Sullivan, suggests that Isaac came to his stance by “studying Black history and watching Donald Trump’s press conferences” – neither of which is true, Isaac says; he gave the Stone exactly the same rationale he articulated in his press conference. That misrepresentation, he added, got him questioning “why does this have to happen if it’s just about public health? Why do I have to be misrepresented if it’s just about protecting people?”

As extensively covered by LifeSiteNews, a substantial amount of evidence supports Isaac’s position.

More than a dozen studies have been identified that conclude natural immunity lasts longer and is more protective than vaccination. By contrast, a growing body of data indicates that the mass vaccination strategy for defeating COVID-19 has failed. The federal government considers more than 189 million Americans (57% of the eligible) to be “fully vaccinated,” yet ABC News reported on October 6 that more Americans died of COVID-19 this year (353,000) than in all of 2020 (352,000), according to data from Johns Hopkins University.

Beyond doubts about the need for the COVID-19 vaccines for most Americans, significant concerns remain about the shots’ safety, stemming largely from the fact that they were developed and released far faster than any previous vaccine.

Isaac, a Christian, is no stranger to standing apart from trends among celebrity athletes. Last year, he was the only member of his team to decline to kneel during the National Anthem or wear a Black Lives Matter shirt in solidarity with the far-left, anti-police movement.