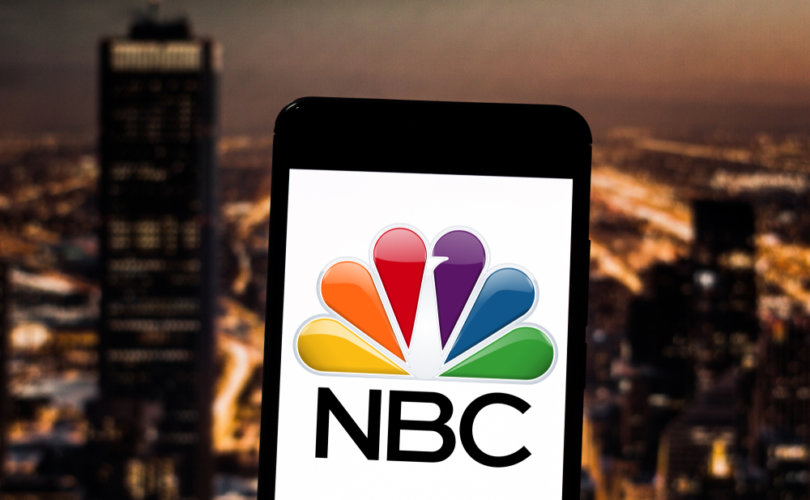 October 8, 2019 (LifeSiteNews) – NBC News denounced a LifeSiteNews report as “fake news” that spotlighted powerful puberty-blocking drugs used to block normal sexual development among children and teens who are “transitioning” to the opposite sex that, according to the U.S. Food and Drug Administration (FDA), are linked to thousands of deaths when used in other applications.

LifeSiteNews reported Sept. 24 that the “UK National Health Service (NHS) is investigating drugs that are used to block normal sexual development among children and teens who are ‘transitioning’ to the opposite sex that when used in other applications have been linked to 6,000 deaths.”

The story was picked up by other news sites, such as Daily Wire, and widely shared on social media.

NBC asserted: “The problem is: the ‘thousands’ of people who die while taking these drugs are likely the terminally ill cancer patients who receive hormone blockers to fight hormone-sensitive cancers, like prostate cancer, according to experts.”

The NBC report was written by Tim Fitzsimmons, who is listed as a reporter on “LGBTQ news for NBC out.”

Fitzsimmons quoted Joshua Safer, a professor of medicine and the executive director of the Mt. Sinai Center for Transgender Medicine and Surgery, as dismissive of the deaths connected to the drug in question.

“I think all they did is went into the FDA database and looked at reports,” Safer said. “There’s no study here, that’s just a big smorgasbord of reports and so the problem with that is you don't even know that those deaths are connected to the agent they are reported to be connected to.”

Much more likely, Safer said, is that the 6,370 deaths over four decades the FDA lists as connected to this drug are in terminally ill cancer patients who are prescribed Lupron as a palliative, not curative, treatment.

“They wouldn’t even be using it if they weren’t at risk of death,” Safer said of the drug’s use in prostate cancer patients.

Dr. Michelle Cretella of the American College of Pediatricians told LifeSiteNews that while it’s true that the FDA report does not cite Lupron as the “proven” cause of any of the deaths (it was merely being taken by the patients at the time they died), the fact that there are so many deaths associated with its use, including among children, is cause enough for an investigation.

She also pointed out that the FDA report shows that there were 11 deaths of children linked to this drug, “none of whom were being treated for prostate cancer.”

“It is true that Lupron has not been proven to cause any of the deaths; it was merely being taken by the patients at the time they died. However, there were 11 deaths in children, none of whom were being treated for prostate cancer since prostate cancer does not affect children, so it is possible that Lupron may have contributed in some way – that is what the FDA must investigate,” she said.

“As for prostate cancer in general, any honest oncologist will tell you that it is rarely the cause of a man's death. Men are far more likely to die with prostate cancer than of it,” she added.

Cretella took serious issue with those in the medical profession who use drugs to stop the healthy development of puberty in children, a step that leads to some children ‘transitioning’ to the opposite sex.

“The use of Lupron to block puberty in children with gender dysphoria is not FDA approved in short because puberty is not a disease,” she said.

“In fact, giving puberty blockers to physically healthy children induces the disease known as hypogonadotrophic hypogonadism. This not only prevents children's secondary sex characteristics, but also inhibits fertility, and impairs healthy bone and brain development which depend upon the normal secretion of children's sex hormones,” she continued.

“For example, even men and women who are treated according to FDA guidelines with Lupron for prostate cancer and endometriosis respectively, experience memory deficits from the medication. We are potentially causing significant harm to the brains of gender incongruent youth. Although Lupron is FDA approved to treat the pediatric disease called precocious [early] puberty, it is still recognized as having potential negative side effects even in these children years after discontinuing the medication. Side effects include brittle bones in young women, and an increased likelihood of obesity and testicular cancer in young men,” she added.

In July, the American College of Pediatricians (ACPeds) was joined by the Association of American Physicians and Surgeons, the Catholic Medical Association, and the Alliance for Therapeutic Choice and together, they called on the Surgeon General of the United States to issue a call to action to medical practitioners and issue a warning or advisory regarding transgender medical interventions for children. The full letter may be read here.

It noted that the Royal College of General Practitioners had issued a warning about “harmful hormonal and surgical interventions” earlier this year. At the time, Cretella said that “harmful hormonal and surgical interventions are being routinely prescribed to gender dysphoric youth” instead of “ethical psychotherapy despite the fact” the the “vast majority” will outgrow their gender dysphoria “if allowed to progress through natural puberty.”

According to ACPeds, treatment for kids with gender dysphoria begins with puberty blockers and is followed by cross sex hormones, and the surgical removal of breasts and/or reproductive organs. This is accompanied by cosmetic operations to “simulate genitalia of the opposite sex. Girls as young as 13 have received double mastectomies in this country.”

Matt Walsh of Daily Wire called the NBC article debunking LifeSiteNews’ report as “fake news” a report that is “itself fake news.”

But think about what NBC is doing here. They are defending the use of this potentially dangerous drug among physically healthy children on the basis that it’s really designed for use among terminally ill men. Don’t worry, says NBC, Lupron is just chemically castrating children. Most of the people who die from it are adults. Sure, we don’t really know all the risks inherent in suppressing the normal growth and development of children who are confused about their gender, but it probably isn’t killing them, as far as we know, at this point. This is NBC’s argument.

Walsh pointed out that if NBC “was a real news outlet, it would be debunking this great fraud being perpetrated by the medical industry at the expense of innocent children.”

“At the very least, it would express some level of skepticism at the claim that puberty should literally be treated like cancer if a child is confused about his gender. But there is no skepticism, much less moral indignation, on the part of NBC or any other left-wing outlet. Indeed, these slayers of the ‘fake news’ dragon are more than happy to present radical far-left gender theory as fact,” he said.