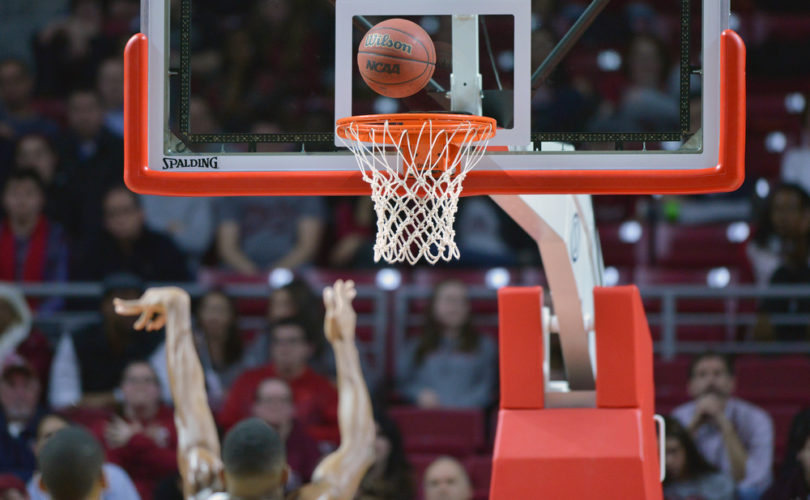 CHARLOTTE, North Carolina, September 13, 2016 (LifeSiteNews) — The state of North Carolina is losing more athletic events as a result of its gender-specific bathroom law.

The National Collegiate Athletic Association (NCAA) announced Monday night that it will pull seven championship games out of the state, including the first and second rounds of NCAA men’s Division I basketball tournament. The “Road to the Final Four” games were scheduled to be played in Greensboro.

The NCAA governing board also announced it was pulling college soccer, golf, tennis, lacrosse and baseball events out of North Carolina.

North Carolina Republican Party spokeswoman Kami Mueller responded with incredulity. “This is so absurd it's almost comical,” she said, mocking the idea of merging men's and women's teams together as a unisex team.

“This decision is an assault to female athletes across the nation. … Under the NCAA's logic, colleges should make cheerleaders and football players share bathrooms, showers and hotel rooms,” Mueller told National Public Radio.

In March, the North Carolina legislature passed HB2, designed to ensure that young girls aren't forced to shower and change in the presence of men in public facilities. Since then, some of the nation's largest corporations have economically boycotted North Carolina in attempts to pressure the state to sexually integrate public toilets and showers.

Twenty-four states have sued the Obama Administration over its transgender bathroom mandate, which the NCAA is now joining the fight to economically pressure North Carolina citizens to accept.

“There is an expectation of privacy when women and children go into the shower or locker room, and it’s more than an expectation — it’s a right,” North Carolina Values Coalition Executive Director Tami Fitzgerald stated in a press release. “Our elected officials have a duty to protect that right.”

“The NCAA is punishing the State of North Carolina because it dares to stand up for the common-sense notion that everyone has a right to privacy, decency, and safety in bathrooms, showers, and locker rooms,” Fitzgerald said.

Fitzgerald pointed out the transgender proponents' inconsistencies. “The NCAA is guilty of extreme hypocrisy — while it bullies the people of North Carolina to allow boys in the girls’ locker rooms, showers, and bathrooms, it prohibits boys from playing on the girls’ sports teams.”

Alliance Defending Freedom Legal Counsel Kellie Fiedorek agrees that the whole transgender push is self-contradictory. “The NCAA is demonstrating the most obvious hypocrisy in the political stunt it announced yesterday by removing championship events from North Carolina over a law that is similar to laws in other states where the NCAA has held events for years,” she said.  “If the NCAA actually believed that no differences exist between men and women, it would merge its men's and women's leagues.”

“Instead, the NCAA hopes no one notices that it appropriately maintains separate leagues for men and women while it opposes the common-sense law that simply protected the privacy rights and dignity interests of North Carolinians,” Fiedorek stated.

Fiedorek concluded, “The NCAA should stick to serving its collegiate athletes and its diverse fan base, rather than spending its resources on amateur political posturing and pandering to the narrow-minded power elite.”

Meanwhile, pro-gay agenda presidential candidate Hillary Clinton tweeted, “The @NCAA is right to pull tournament games from North Carolina because of the anti-LGBT HB2 law. Discrimination has no place in America.”

In July, breaking a promise to wait until the end of the summer to “negotiate” a compromise, National Basketball Association  Commissioner Adam Silver bowed to LGBTQ pressure and pulled the 2017 NBA All-Star Game out of North Carolina, costing taxpayers $100 million.