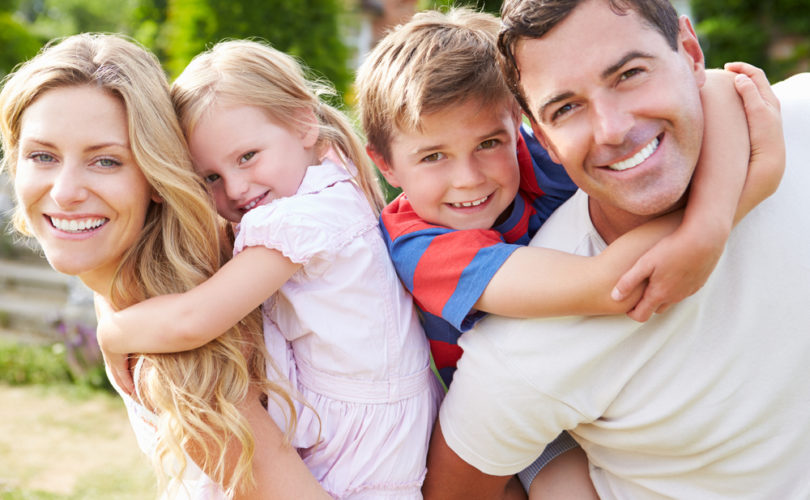 While the NDP unveiled a massive daycare plan that would create one million daycare spots the Conservatives are proposing to extend their existing child care benefit.

The Conservatives and the New Democratic each unveiled two ambitious, and starkly different proposals relating to childcare this week.

While the NDP unveiled a massive daycare plan that would create one million daycare spots and cost up to $5-billion a year, the Conservatives are proposing to extend their existing child care benefit, which currently pays $100 per month straight to parents of children under six: under the Conservatives’ new plan those payments would continue until the child is 12.

“It’s not only a good idea economically,” said NDP leader Tom Mulcair about his party’s proposal. “It’s a good idea for families.” The economic benefit, he says, flows from direct job creation in the day care industry and indirect jobs created by the spending of day care workers. Meanwhile, parents will benefit, said Mulcair, by being freed from child-rearing.

“For us in the NDP, quality, affordable, available child care is just one election away,” Mulcair said, pledging that parents would have to pay no more than $15-a-day per child. The million daycare spots would take 10 years to create, while funding would come from the $56 billion in surpluses that the Toronto Dominion Bank estimates the federal government will enjoy over the next five years.

“They both are designed to appeal to parents but they reflect the different worldviews of their supporters,” said Mrozek. While the NDP would create a bigger state-run institution, the Conservatives would pay the money to parents to spend any way they want.

Mrozek said “the Left” believes big institutions like a state-run day care system is best for all. But, she said, research shows that daycares are not good things for pre-school children.

“A two-year-old is not a seven-year-old. The research shows a two-year-old does not benefit much from socialization with other children. The child at that age needs to attach to one adult, to learn to trust that adult.” Without this kind of bond, she added, “a person doesn’t grow up and mature properly.”

While Mulcair is boasting that his plan is based on the Quebec model, Mrozek said, “the studies done on Quebec’s day care system show that it does not prepare children for school.”

The two proposals emphasize the Liberals' relative silence on the subject. Currently third in the House of Commons, the Liberals, leading in the polls since the selection of Justin Trudeau as leader, may not feel the need to detail its own plan. But it’s no secret where they stand: the last Liberal government negotiated a universal day care plan with the provincial governments, which Stephen Harper’s Conservatives scrapped when they formed their first government in 2006.

The Liberals did respond to the NDP's announcement this week, issuing a press release criticizing the party for helping bring down the Paul Martin government in 2005. “Canada had a national child-care plan — a Liberal government negotiated a comprehensive national child-care deal with all of the provinces, contrary to Mr. Mulcair’s revisionist history,” the release said.

“As a result of the NDP’s and the Conservatives’ actions, an entire generation of children was raised without access to high-quality, universal child care.”

It has been an open secret for some that Prime Minister Harper has been looking to find an attractive alternative to the election promise that helped his Tories to a majority government in 2011, which was to allow income splitting for families with underage children.

That plan would have cost $2.5 billion a year and put $1,200 a year into eligible family pockets, the Tories promised. But independent experts disagreed, claiming no more than nine percent of families would benefit by more than $500. And economic think tanks said the policy might lure parents from the workforce, increasing the current skills shortage.

Putting the same money into expanding the $100/month childcare benefit has several advantages, not least of which is that it is not daycare, which both the Liberals and New Democrats have staked out as their territory.

Finally, it fits the Conservatives ideologically, pleasing both its religious and libertarian wings by letting parents spend the money as they choose and by not committing the government to funding an expanding and ever costlier system, or even absorbing it into the public service or school systems (making the staff likelier to vote NDP).

“We aren’t partisan so we don’t support either proposal,” said Mrozek. “That said, it is always better to put money straight into the pockets of parents. And we oppose daycare because it’s not good for children and because it is basically coercive.”

Parents with limited funds have little choice but to take advantage of what the government offers them with their own tax money, she said.

“Both plans are fundamentally flawed,” he said. “If the government wanted to help parents the best thing it could do is reduce taxes, not offer them money or offer them programs.” But if he had to chose, he too prefers the Conservative approach because it lets parents to choose how their money is spent, allowing the best day care centres to prosper in a free market.