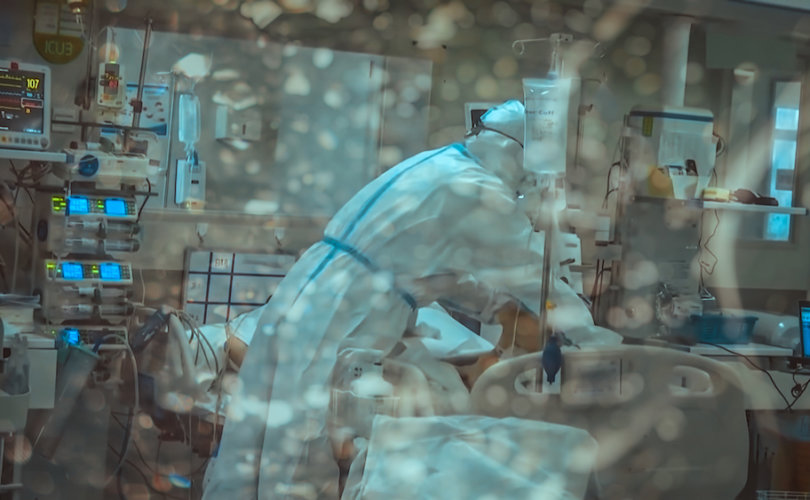 It’s not clear what percentage of those who tested positive for the virus had received at least one jab but were not considered “fully vaccinated” or how many had gotten a booster. Seventy-four percent of Massachusetts residents are currently fully jabbed.

Throughout the summer and early fall, around one-quarter to one-third of weekly COVID cases in Massachusetts were consistently reported in the “fully vaccinated.” Breakthrough infections spiked to approximately half of cases at the beginning of November, however, amid waning vaccine efficacy and new variants.

Massachusetts has now recorded more than 114,300 breakthrough cases since the jabs became available, reflecting similar figures in other states with high vaccination rates, like Minnesota, which also hit 100,000 breakthroughs earlier this month. A total of 784 “fully vaccinated” people have died of the virus in Massachusetts and 3,186 have been hospitalized.

The overwhelming majority of people who come down with coronavirus survive, and the survival rate for the disease has been estimated at no lower than 99.7 percent for all age groups under 60 years old. Research has shown that Omicron, now the dominant strain in Massachusetts and the United States, is even less dangerous than past variants.

Breakthrough cases have spiked in other northeastern states, including Maine and Vermont, where vaccinated residents have accounted for the majority of COVID deaths at various points over the last four months.

Up to 59 percent of Maine’s weekly virus deaths in October were reported in “fully vaccinated” people. Over three-quarters of September deaths in Vermont were as well, as were majorities of fatal cases in Vermont in October and November.

Both states continue to struggle with high infection rates, despite being among the most vaccinated in the United States.

Breakthrough deaths have also risen sharply in New Mexico, and Philadelphia last week reported its highest percentage of cases in the vaccinated ever recorded.

And in Texas, a recent COVID surge in Houston resulted in 325 positive cases in mostly vaccinated staff at Houston Methodist, which notably laid off more than 100 unjabbed workers earlier this year.

“There’s no doubt there’s much more breakthrough with omicron than delta,” Roberta Schwartz, executive vice president of Houston Methodist, told the Houston Chronicle. “We’re very concerned about our labor and public being afflicted by COVID.”

More than 90 percent of Omicron cases in Denmark are vaccinated, shocking data reveals

‘Fully vaccinated’ were the majority of COVID deaths in Sweden, UK in September