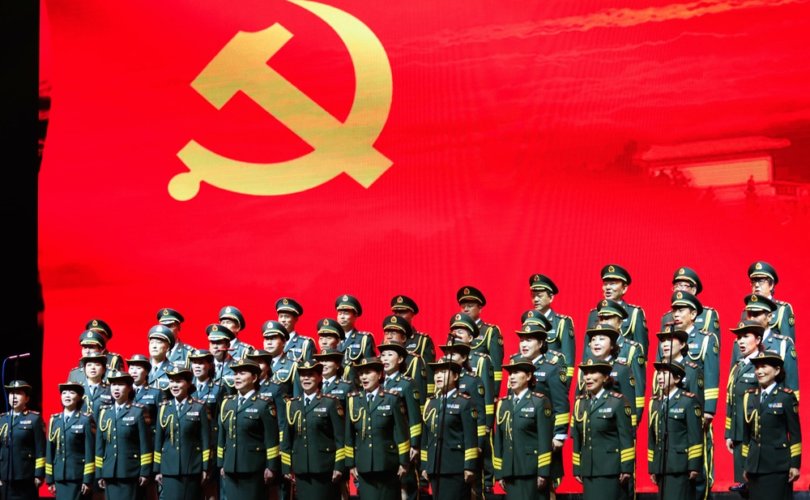 “An estimated 100 million people died from political purges, religious persecutions, mass starvations, and other crimes against humanity carried out by communist regimes such as the Union of Soviet Socialist Republics (USSR) and the People’s Republic of China,” the governor’s office declared, according to a report from The Daily Wire. “The Chinese Communist Party, in particular, is holding ethnic Uyghurs in internment camps, violating the religious freedom of the Chinese people, and quashing political dissent in Hong Kong and elsewhere.”

At a July 30 remembrance ceremony, Ricketts highlighted the stories of families who have experienced Communist oppression firsthand, including former state Sen. Lydia Brasch, whose family fled Ukraine to escape the Soviet Union.

“As the CCP celebrates their centennial, it’s important we understand how they are actually governing,” Ricketts said July 6. “And it’s important that we recommit to strengthening the American Free Enterprise system so that future generations of Americans can continue to enjoy the economic prosperity and freedom that has made our country great for almost 250 years.

“If we want this, America has to ensure that our policy towards China protects the future of capitalism and holds China accountable to their commitments. As we think about the future of the U.S.-China relationship, there are three major areas that need focus: trade, national security, and human rights.”

Nebraska’s move follows Florida Republican Gov. Ron DeSantis signing a law to promote similar awareness in his state, including requirements that public schools teach materials that “include a comparative discussion of political ideologies, such as communism and totalitarianism, that conflict with the principles of freedom and democracy essential to the founding principles of the United States”; curate resources showing “patriotism based on the personal stories of diverse individuals who demonstrate civic-minded qualities, including first-person accounts of victims of other nations' governing philosophies who can compare those philosophies with those of the United States”; and develop a civics curriculum that promotes civic literacy, civic pride, and an appreciation of the “responsibility for preserving and defending the blessings of liberty inherited from prior generations and secured by the United States Constitution.”