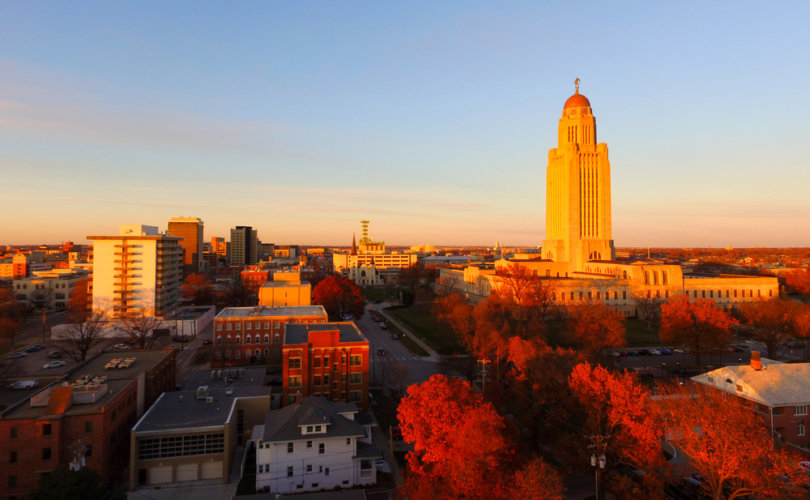 LINCOLN, Nebraska (LifeSiteNews) — Political leaders and pro-family activists in Nebraska are warning about a recently passed ordinance in the city of Lincoln that they say would target Christian organizations and clergy.

The ordinance, passed at the February 14 Lincoln City Council meeting, would expand discrimination laws in the city to include a new category of “gender identity” defined as “an individual’s actual or perceived gender related identity, expression, behavior, or other characteristics of an individual with or without regard to their assigned sex at birth.”

It would also forbid counseling individuals about their sex or attractions to someone of the same sex. But the prohibition on counseling would only apply to organizations, such as religious ones, that help individuals struggling with homosexual inclinations or gender dysphoria — it would not prohibit counseling someone who want to “[assist] a person undergoing gender transition” or facilitate “a person’s coping, social support, identity exploration, and development, including sexual orientation and gender identity-neutral interventions to prevent or address unlawful conduct or unsafe sexual practices.”

The city’s Human Rights Commission could assess fines up to $10,000 for the first offense, according to the Nebraska Family Alliance (NFA), which is circulating a petition to get the city council to either repeal the ordinance or put it on the ballot for a vote by Lincoln residents.

It is similar to the Colorado Civil Rights Commission, which homosexual activists weaponized against Christian baker Jack Phillips for refusing to make a cake celebrating their “marriage.”

“The adjudicating tribunal is the mayor-appointed human rights commission who can assess damages and attorney’s fees against the offending person,” Nate Grasz told The Daily Wire. “In addition, they can impose fines ranging from: $10,000 for first offenses; $25,000 for each repeated offense within 5 years; and $50,000 for each repeated offense within a 7 year period.”

“Those are the definition of ‘draconian’ and would quickly bankrupt any person or business,” Grasz, NFA’s policy director, told the conservative publication.

“NFA filed a petition on Tuesday to stop the ordinance, which has yet to be signed by the mayor, from taking effect,” The Daily Wire reported. “The NFA has until 15 days after submitting the petition to collect 4,137 signatures to stop the bill.”

Gov. Pete Ricketts supports the NFA’s efforts. “This ordinance is anything but fair — it should be called the ‘unfairness ordinance,’” the governor said. Supporters of the legislation have called it the “Fairness Ordinance.”

“It prevents parents from helping their kids who are experiencing gender dysphoria. And it threatens to bankrupt families who instill traditional values on their children — anyone who disagrees could get fined up to $50,000,” Ricketts said. “I urge the people of Lincoln to sign the petition to let the people vote on these unfair policies!”

There are narrow exemptions for religious organizations, but the term “public accommodations” is broad that it could apply “pretty much everywhere and anything,” Grasz said.

He also warned about a section of the ordinance that expands the reach of sexual harassment laws to places of “public accommodation” which could include restaurants, theatres or bars. He said it could be applied to someone who does not use someone’s preferred pronouns, for example.

“If I don’t use a person’s preferred pronouns or if I dare to talk publicly about human sexuality in a way that might have the ‘effect’ of intimidating or offending them — or interfering with their work performance — I might be liable for a discriminatory act,” Grasz said.