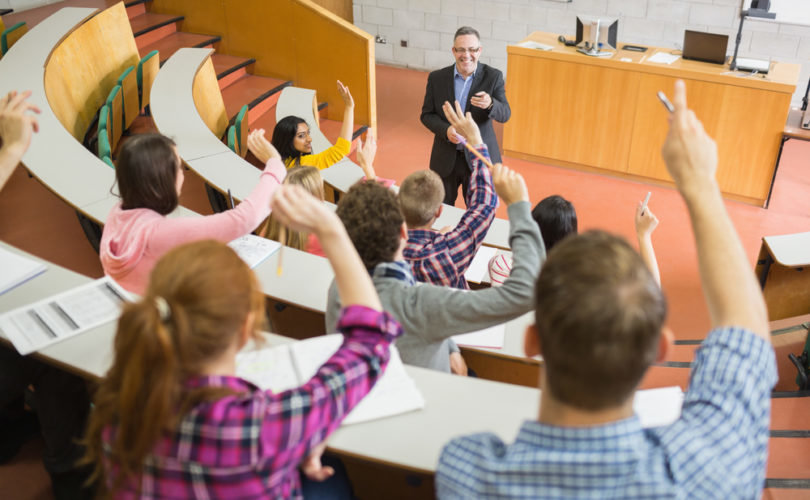 February 4, 2015 (CardinalNewmanSociety.org) — An emeritus professor of philosophy at Marquette University, Dr. Howard Kainz, wrote that the disciplining of Dr. John McAdams was “shameful” and “strange,” particularly in light of Marquette’s Catholic identity. Kainz, in a piece for The Catholic Thing, pointed to the wide spectrum of reactions generated by traditional Catholic values at the Jesuit university.

“McAdams’ suspension was rather strange for a Catholic University, especially one at which, for example, tenured Professor Daniel Maguire, nationally famous for his pro-abortion views, regularly teaches in the theology department without any restrictions,” Kainz observed.

The cause of McAdams’ suspension was the coverage on his blog of graduate student philosophy instructor Cheryl Abbate, who informed a student that discussion of arguments against same-sex marriage would be “inappropriate” and potentially “homophobic.” The student, having felt that his free speech and Catholic views were restricted by the instructor, eventually relayed his disappointment to McAdams.

Kainz, in his article, went on to ask, “Do faculty statutes allow blatant opposition to Catholic teachings, but fail to support the academic freedom of a tenured professor to voice an opinion about what can be said or not in class discussions?”

Reflecting in his article on his thirty-five years of teaching at Marquette, he wrote faculty candidates were considered for tenure regardless of religious beliefs or commitments. Kainz wrote that he was actually “admonished” and told not to ask or consider anything about a potential hire’s religious views. “So one should not be surprised, after all these years, about the wide variety of reactions among the hundreds of individual professors [at Marquette] to traditional Catholic values,” he continued.

In his piece, Kainz called the situation “at the very least… an issue of free speech in an academic setting” and stated that Abbate’s decision to shut down the student’s discussion “seems bizarre” when “a student may be prohibited from bringing up in class an element of Catholic doctrine or discipline that seems to diverge from what a professor is maintaining.”

A truly academic atmosphere, especially in the study of philosophy, must naturally involve an openness to all topics and certainly should not be controlled by a sense of “political correctness,” particularly at a Catholic university, Kainz wrote.

[A] restriction of discussion on topics like gay marriage should not happen in a philosophy class. Since the time of Socrates, the task of philosophy has been the reexamination of “accepted” meanings and values. Socrates himself famously carried out this task with regard to then-prevailing ideas concerning justice, friendship, love, politics, the family, homosexuality, and other issues. Freedom to carry out such reexamination is integral to the “mission” of philosophy.

“Thought-control has been a hazard in the academic milieu for quite some time; but now, with the arrival of political correctness, it is becoming more pronounced and explicit, and shameful, especially at a university claiming to be Catholic,” Kainz concluded at The Catholic Thing.