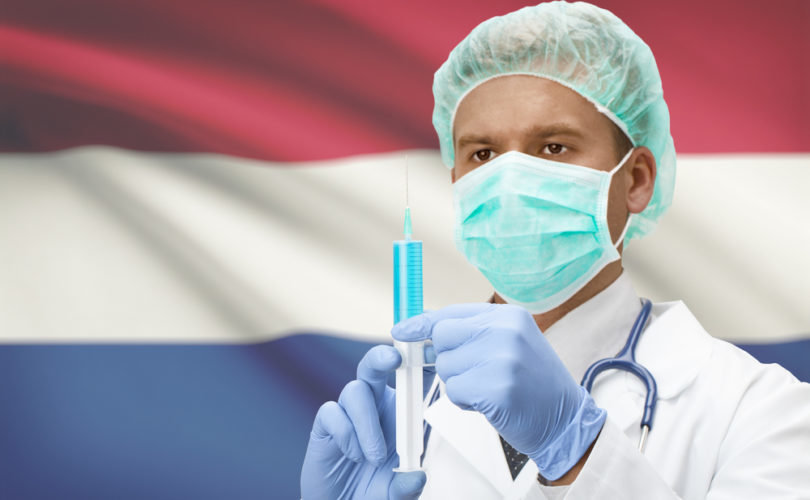 October 24, 2016 (LifeSiteNews) — Legalizing assisted suicide for people who are not suffering from terminal illness is under discussion in the Netherlands.

Last week, Netherlands Health Minister Edith Schippers sent a letter to parliament asking legislators to draft a law that would open the possibility of assisted suicide to people who feel they have lived a “complete life.”

Schippers and her co-author, Justice Minister Ard van der Steurand, argued in the letter that individuals who have “a well-considered opinion that their life is complete, must, under strict and careful criteria, be allowed to finish that life in a manner dignified for them.”

In 2002, the Netherlands was the first country to legalize euthanasia for patients suffering unbearable pain who have no chance of a cure. The “Termination of Life on Request and Assisted Suicide” (Review Procedures) Act states that physicians who assist a suicide are not punishable if they act in accordance with the criteria for due care in the given case.

Schnippers is pushing for the boundaries of this Act to expand further to include not only terminally ill patients but also patients who do not see themselves as fit for life.

That fact is that euthanasia legislation has already been stretched far beyond the borders originally envisaged for it in the Netherlands.

As reported, the news of this letter came after a special commission report (Dutch version here) ruled that assisting someone in ending their life constitutes a criminal offense. In February 2016, a report was published that investigated whether people who feel that their life is done and want to die need additional legal options. The report concluded negative and ruled suicide illegal.

Schippers and van der Steur’s letter disagree with that report. They wrote: “The Cabinet is of the opinion that a request for help [in dying] from people who suffer unbearably and have no hope without an underlying medical reason can be a legitimate request.”

They go on to make a case for elderly people who are walking around with an “active death wish” because of a meaningless life. The law that Schippers proposes is supposed to be limited to the elderly, though no threshold age was given.

The idea of such a law brings up all kinds of questions. What happens to the dignity of life when it becomes an object of choice? How will depressed people be dealt with – what are the arguments for life? How can one have a meaningful life and what is the meaning of a life that is considered ‘completed’?

These and a plethora of unresolved questions need to be addressed, yet the answer lies far beyond the possibility of political legislators in general.  Only when life is seen as more than a mere property at one’s disposal can it be acknowledged and respected with the proper dignity that it deserves.

In a recent trip to Canada, Cardinal Willem Eijk of Utrecht, Netherlands, warned Canadian bishops about the “slippery slope” of euthanasia shortly after Canada legalized euthanasia. Giving the example of his home country, Eijk told the Canadian Bishops Conference on September 26, “When you leave the door ajar, it will always open more.”

Netherlands’ ministers said they hope for a draft of the law by the end of 2017. Euthanasia accounted for 5,516 deaths in the Netherlands in 2015, 3.9 percent of all deaths nationwide.