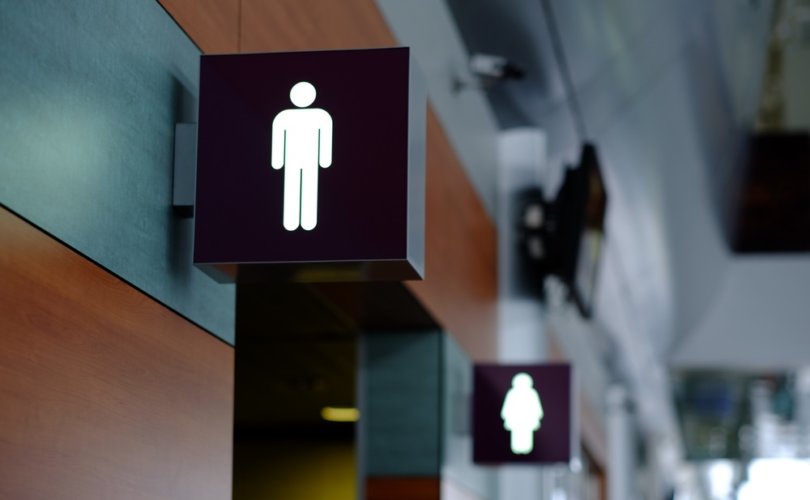 July 8, 2020 (LifeSiteNews) — The Netherlands is set to remove the indication of sex on identity cards by 2024 or 2025 in a bid to limit “unnecessary registration” of individuals’ sex. The move was prompted by demands from the “LGBT” lobby, claiming that “intersex,” “non-binary,” and other “diverse” persons are experiencing discomfort or annoyance when questioned about the visible discrepancy between their apparent “gender” and the “male” or “female” indication when their ID cards are checked for multiple purposes.

Ultimately, the hope is to do away with the compulsory reference to a newborn’s sex on birth certificates. Parents would then be allowed to register their offspring as “gender neutral” or “sexless.” This change will not be made before jurisprudential decisions make a clearer and more unanimous move in that direction.

Changing sex designation in the civil registry is a legal right in the Netherlands, which means that at present, a change of sex on official documents, including ID cards, is possible. But this does not meet the needs of people who feel that they are neither a man or a woman, or whose feelings change, and the Dutch government wants to cater to them.

The change will be taking a tiny minority’s “needs” into account at the expense of the immense majority whose sex — a fundamental element of personal identity — will no longer appear on their identity cards. The idea is to consider a person’s sex irrelevant — even if it has its importance, such as when body searches are made at airports, when women are “frisked” by women and men by men, or when national health prevention schemes involve calling up all women of a certain age for cervical cancer testing.

Because of international air travel regulations, passports will continue to include a box marked “M” or “F” for male or female, but a number of recent legal cases in the Netherlands are in the process of creating new jurisprudence allowing individuals to be marked as “X,” while pressure in other countries is also pushing in that direction. The Dutch Constitutional Court already ruled last year in favor of that option becoming law.

The move to scrap sex from ID cards was initiated at the beginning of 2019 by the minister for education, culture, and science, Ingrid van Engelshoven. She was acting in her additional capacity of minister for “emancipation.” In that office, she officially favors equal treatment, social acceptance, and visibility for “gender diversity,” as well as “feeling at home in one’s own (religious and cultural) circle,” whether one is a woman or an “LGBTI” person, as made clear by her ministerial action blueprint in 2019.

At the time, van Engelshoven charged the University of Utrecht and a special commission with assessing the feasibility of doing away with references to sex on official documents.

The two lengthy reports were returned to the minister and have now been forwarded to the Dutch Second Chamber of Parliament; both recommended the move, adding an assessment of foreseeable costs. Because the Dutch ID card system is to be overhauled within four or five years anyway, the recommendation was to wait until that happens before implementing the change at minimal expense.

But in her letter to Parliament, van Engelshoven wrote that police and other law enforcement bodies should be warned of the upcoming change, which will lead to “limited practical consequences.” She also invited the Dutch authorities to inform the Netherlands’ international partners of the move. Similar provisions already exist in Germany, she recalled.

In order to extend the scrapping of references to sex, the minister has also ordered an “online toolbox” to be developed thanks to which “stakeholders,” entrepreneurs, and public and private bodies will be able to determine if registration of sex is really necessary in their line of activity.

An official government work group has also been created to look at “unnecessary sex registration.” As a first step, candidates for public service jobs are already no longer required to reveal their sex on the online application site.

In her first letter to Parliament on the issue last year, minister van Engelshoven wrote of the importance of the fact that “citizens should themselves be able to give form to their form of identity and express this in full freedom and safety.”

The subsequent report by the University of Utrecht echoed this point of view:

The purpose of the framework is to support companies and other organizations in efforts to reduce the frequency of sex registration. Even though allowed by law, sex registration is very often not necessary or even very useful, when considered properly. The Dutch government wishes to curtail this practice because of its disadvantages, in particular the ‘administrative burden’ that the practice presents to people whose legal sex is not (entirely) the same as their self-identified gender, and the effects of sex registration on the continuation of gender stereotypes and norms. The reduction of the practice of sex registration facilitates the possibility for people to decide for themselves who they are and who they want to be. It contributes, moreover, to the protection of privacy.

In a context where biometric passports and ID cards are becoming more and more common, concern for the protection of privacy sounds somewhat ironic.

One of the report’s main authors was Marjolein van den Brink, an academic specializing in “human rights” who personally campaigns for transgender rights. When a Court in Limburg in 2018 decided that travelers should be allowed to choose an “X” on their passport, van den Brink went on record saying that that would amount to seeing certain “genders” even more as “exceptional” and “putting the emphasis on the dominant categories of men or women.” “As far as I’m concerned, we should scrap all those tick-boxes, so that no-one is any longer registered as a man or as a woman.”

The Netherlands are taking clear steps in that direction, with an ultimate consequence if this is taken to its logical outcome: the disappearance of the notion of male and female duality of the human being.