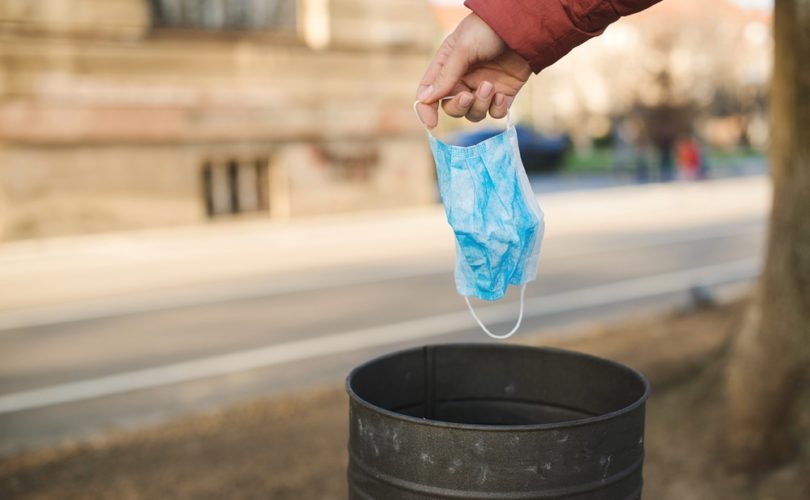 LAS VEGAS (LifeSiteNews) — A video showing Las Vegas elementary school children erupt in cheers and dancing after they learn they no longer need to wear masks in school has gone viral.

Stop what you’re doing and watch this.

Kids at a Las Vegas elementary school burst out into cheers after learning they no longer have to wear a mask to school pic.twitter.com/xIuHgFtmHo

The video was posted Thursday by Vice Chair & National Committeewoman for the Nevada Young Republicans, Courtney Holland, after the state’s Gov. Steve Sisolak announced masks would no longer be required in schools and most other places, beginning February 11. He noted that “masks remain federally mandated on all school buses across the nation.”

Janet Parshall reposted the video, writing: “The voice of the people — in this case, the LITTLE people!!”

While many adults are likewise celebrating the mandate reversal, some are lamenting what they describe as lasting damage to children resulting from prolonged mask-wearing.

U.S. Rep. Thomas Massie said the scene was “[h]eart warming, but the abuse they’ve endured at the hands of psychotic adults will have lifelong effects.”

And while these Nevada children hop and dance in jubilation, one Twitter user shared that their nephew was in tears over Washington’s continued school mask mandates: “I showed this to my 9 year old nephew and he broke down in tears wishing their masks could come off. [Gov. Jay Inslee,] let masks come off our kids.”

Recently, a parent has reported that a child at Hawthorne Elementary School in Beverly Hills fainted while wearing a mask outside in 90 degree heat. The school’s administration responded to the incident claiming that they “had no evidence to suggest any correlation” between masking and the “medical incident.”

Now, the parent says there is a “special school board meeting to discuss COVID policy,” and that “[a]nticipated litigation” is on the agenda.

The survey also found “that more than 2,5000 Minnesotans reported their child or themselves have experienced dizziness and shortness of breath while wearing masks.”

Last year, two Chinese 14-year old boys reportedly died within a week’s time, both while wearing masks and running for a physical education exam. The stepfather of one of the boys believed wearing a mask contributed to his death.

Professionals have been voicing concerns not only over harmful physical impacts, but over social and psychological damage to children due to masking.

Dr. Chuck Geddes, who works with children and runs an organization called Complex Trauma Resources, told Drea Humphrey of Rebel News Thursday regarding masks, “I think what we’re doing is we’re marinating our children in massive amounts of stress … What we’re doing is communicating to our children day after day there that the world’s a scary place. There’s something that we are afraid of.”

Geddes said that too much stress in children, “particularly” in the first five or six years of life, “impairs the development of every kind of brain network,” including those that help us to “manage our emotions, to connect,” to facilitate “attention” and “memory.”

He noted that developmentally, “kids born during the pandemic…are 22 percent lower on average compared to their peers from previous years on measures of motor development, visual acuity, reading facial signals, verbal abilities …”

Florida therapist Jaclyn Theek believes that masks specifically have “most definitely” contributed to a 364 percent surge of speech-delayed children in 2021.

Seven states in the U.S. will reportedly be dropping school mask mandates in the coming weeks.