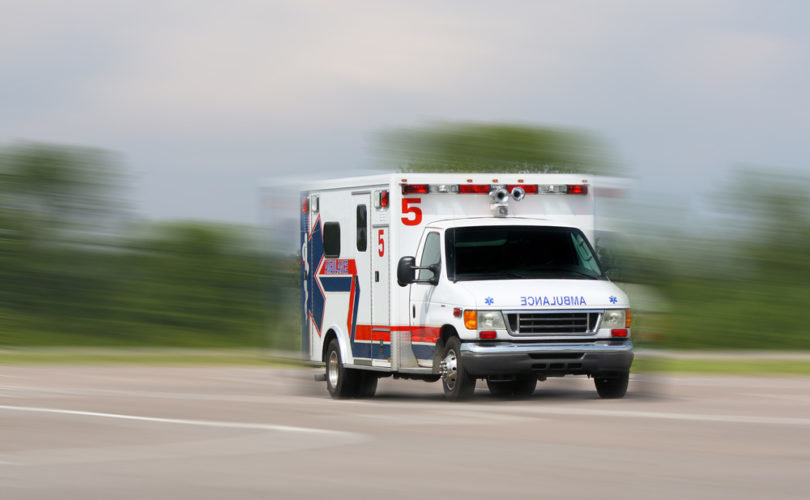 However, the records, which the city took nearly a month to produce, were so heavily redacted that little could be gleaned from them. Yet, some useful information managed to slip through the censors.

“Over the course of the past few years, I have obtained numerous CAD transcripts from the City of Cleveland involving abortion-related medical emergencies. They were always supplied within days and were never redacted until now,” said Cheryl Sullenger, Senior Vice President of Operation Rescue. “No laws have changed, so there is no reason for the sudden change in redaction policy – unless it is to cover up wrongdoing at Cleveland area abortion facilities.”

Initially the call was classified as “21-D-1,” which means the patient was hemorrhaging, unconscious or in arrest, and required Advanced Life Support assistance. That designation was later changed, but information about the patient’s condition was so heavily redacted, the new designation could not be determined.

The records show that a 23-year old female weighing 220 pounds had to be carried out of Preterm to the awaiting ambulance where she was transported to the Cleveland Clinic for emergency care.

At least two members of the Cleveland Fire Department assisted EMS paramedics in carrying the patient, presumably down two flights of stairs at the rear of the building from the third-floor procedure rooms.

A frequently broken elevator, which is the only gurney access to the third floor abortion rooms, does not appear to have been used since the elevator cannot be accessed from the rear stairwell.

This conclusion is based on eyewitness accounts, video footage, the audio file of the 911 call, newly obtained written transcripts, and a floor plan of the building that houses Preterm.

The woman was loaded onto a gurney, covered tightly about the head with a blanket, and wheeled lying completely flat to the ambulance for transport.

Operation Rescue has documented through public records and leaked Ohio Department of Health investigatory files that the malfunctioning elevator was responsible for delay in emergency medical treatment for two other patients.

Lakisha Wilson died after emergency responders were delayed in reaching her due to an elevator malfunction on March 21, 2014. Another woman, who weighed approximately 300 pounds and was seriously hemorrhaging after her March 31, 2012, abortion had to also be carried down the stairs with the aid of additional emergency personnel due to the disabled elevator.

This new information adds urgency to the calls of pro-life leaders for Gov. John Kasich to order a new investigation of patient care practices and facility safety at Preterm.

“What more will it take to get Gov. Kasich’s attention? Right now Kasich is crisscrossing Ohio in full campaign mode. I suggest he makes it a priority to stop in at Preterm to check out the conditions of the supposed medical facility which are, from eyewitness accounts atrocious. And all this has happened on his watch,” said Molly Smith, President of Cleveland Right to Life Education, Inc., who joined 11 other pro-life leaders in calling for a new investigation of Preterm in light of 11 documented patient injuries, including the death of Lakisha Wilson in 2014.

Please call Gov. John Kasich and request that he order the Ohio Department of Health to conduct a thorough investigation into Preterm that this time takes into consideration the long pattern of patient injuries and unsuitable facility conditions that are endangering the lives of women.