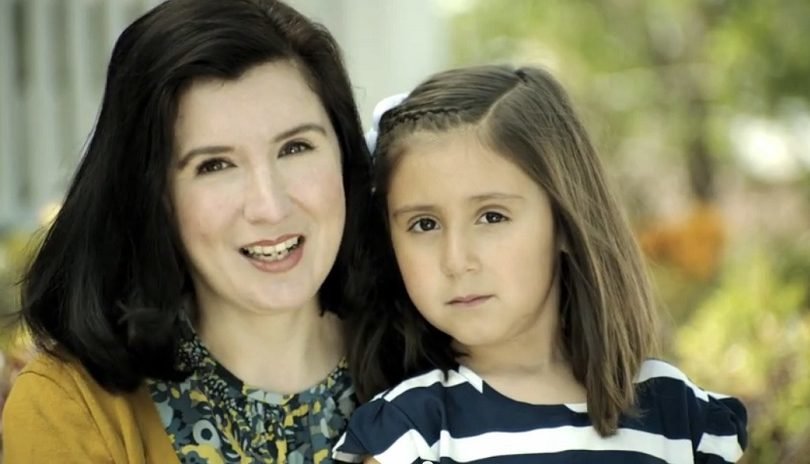 Updated on August 6 at 1:28 p.m. EST to include a comment from Sarah Zagorski.

A new campaign advertisement from U.S. Sen. Mark Udall, criticizing his Republican opponent's pro-life stance, features a mother holding her young daughter and saying the child is the reason abortion should remain legal.

As a female narrator criticizes Republican Congressman Cory Gardner’s “history [of] supporting harsh anti-abortion laws,” the camera cuts to a dark-haired woman holding a girl, who appears to be less than 10 years old, on her lap.

“I want my daughter to have the same choices I do,” she says.

State pro-life leaders called the ad a reflection of Udall's extreme advocacy on behalf of abortion-on-demand.

“From voting in favor of unlimited abortion funding for businesses like Planned Parenthood, to refusing to support parental consent laws for minors, Udall holds an extreme abortion-on-demand view and will not protect the women and children of Colorado,” said Sarah Zagorski, executive director of Colorado Citizens for Life. “His new pro-abortion ad which features a little girl and her mother, shows the citizens of Colorado just how far he will go to promote his radical abortion agenda.”

Cory Gardner, she said, “is dedicated to protecting the women and children of our great state.”

Gardner has been the target of false claims before. An ad by the Senate Majority PAC earlier this year stated that Gardner and other pro-life candidates want to lock women in jail for having an abortion.

The attacks are the sort that led to Gardner's repudiation of the Personhood movement and his support for selling birth control over the counter.

The proposed statewide amendment would have legally protected every person “from the beginning of the biological development of that human being.” It specifically stated post-abortive mothers would not be jailed. Although many forms of birth control may cause an early abortion, nothing in the amendment explicitly outlaws any form of contraception. Gardner favored its passage until he entered the Senate race against Udall in March.

But some forces in the state claim the issue is losing its potency. A survey conducted last month for Colorado Women's Alliance showed Colorado's female voters are rejecting the “war on women” rhetoric. Two-thirds of independents and registered Republican women say they “do not fear a government bureaucrat taking birth control away from them.” Instead, women say they “fear…politicians using the issue of ‘access to birth control’ as a political tactic to scare them into voting a certain way.”

That may be bad news for Udall, who has sounded this theme in prior ads, and for the Democratic Party nationally – especially during a midterm season that is expected to heavily favor Republican candidates. As the actions of both the Democratic National Committee and the Democratic Senatorial Campaign Committee show, Democrats have tailored their 2014 messaging around the theme of patriarchal politicians and business owners denying women no-pay contraceptives.

Polls show the U.S. Senate race in Colorado as a statistical dead heat.