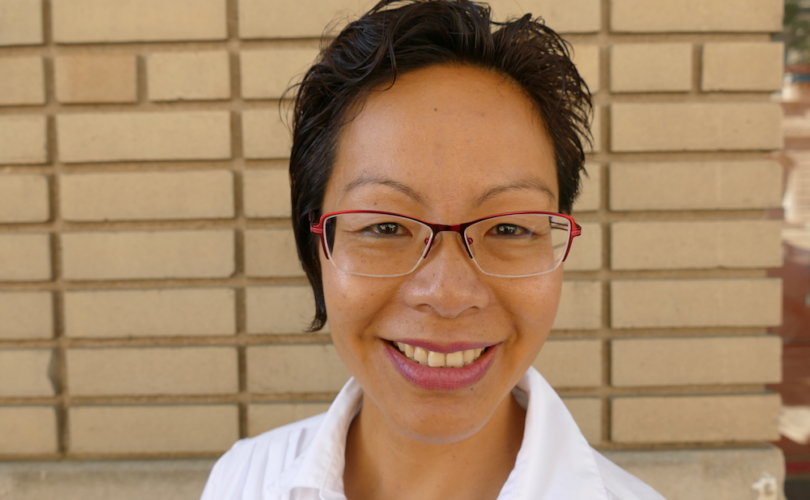 Elisabeth de Viel Castel is a candidate for the Stop the New Sex-Ed Agenda Party in the Ottawa-Vanier riding, and Party leader Queenie Yu is a candidate in the Niagara West -Glanbrook riding.

A young mother of two, de Viel Castel is the daughter of former MP Pierre Lemieux, who is running for leadership of the Conservative Party of Canada.

Stephanie McEvoy, a candidate for the Canadian Constituents’ Party in Ottawa-Vanier, is also opposed to the Liberals’ sex ed curriculum.

Yu told LifeSiteNews that the fledgling party is concentrating all efforts on the contest in Ottawa-Vanier, where de Viel Castel is pitted against 11 contenders, including Progressive Conservative candidate and social liberal André Marin.

In Niagara West-Glanbrook, Yu is one of nine contestants, including 19-year-old PC candidate Sam Oosterhoff, who in a remarkable upset bested Brown’s favored candidate, longtime veteran Rick Dykstra, in the October 22 PC nomination election. Since then, Brown has faced accusations of “muzzling” Oosterhoff, who ran on a social conservative platform.

Yu, a former PC Party staffer who worked as a fundraiser for the PC Ontario Fund, says she’s running in Niagara West – Glanbrook to be “a voice to fight against the sex-ed curriculum because not one of the three main political parties are talking about it.”

But of candidates she is up against, Yu says Oosterhoff is “the best. I’m hoping that once he’s elected he’ll speak up for parents.”

Yu ran as an independent candidate in the Scarborough-Rouge River September 24 by-election, in which PC Raymond Cho won the traditionally Liberal riding.

During that eventful campaign, Progressive Conservative leader Patrick Brown notoriously flip-flopped on sex-ed curriculum after media discovered 13,000 copies of a letter, written in English and Chinese and signed by Brown and claiming he would “scrap the sex-ed,” had circulated in the riding.

Brown disavowed knowledge of the letter, and has since consistently endorsed Liberal Premier Kathleen Wynne’s controversial sex-ed curriculum, stating September 18 on Facebook: “I strongly support the updated sex-ed curriculum. … I will never support removing LGBT sensitivity or combating homophobia from schools. It is important to have sex education to combat homophobia, and raise important issues like consent, mental health, bullying, and gender identity.”

Ottawa-Vanier candidate de Viel Castel noted in a November 3 statement announcing her candidacy that the Wynne Liberals updated the sex-ed curriculum “without consulting the parents of children attending public or Catholic schools.”

Many parents she has spoken to “feel that the Liberals have gone too far. The content is completely inappropriate for its intended age group. The Liberal program is about sex, not about education,” de Viel Castel stated.

“I am here to put a voice to the concerns of parents who are completely opposed to their young children being introduced to explicit sexual content in the classroom.”

“We’ve mentioned for the past several months that parents need a voice in the political process, especially since Patrick Brown is endorsing the Wynne sex-ed,” she said, noting that the new party is “another tool” in the fight for parental rights.

“This is not an alternative party, it’s a protest party,” Granic-Allen told LifeSiteNews. “We want to make it very clear that every vote coming to this party is in direct opposition to this disastrous sex ed.”

“So this is a perfect opportunity for people to voice their protest,” Granic-Allen said, because these are by-elections, and so “whatever the results, it will not change the fact that the Wynne Liberals will still have a majority.”

Yu says the fledgling protest party has Liberal Premier Kathleen Wynne to thank for its formation. “If there are independent candidates in two different ridings in a by-election at the same time, they can come together and form a party, and that’s what we did,” she told LifeSiteNews.

“Otherwise, the longer route is to get 1,000 signatures, and we didn’t want to do that.” When Wynne called two by-elections for November 17, that cleared the way for Yu and de Viel Castel to form a “party whose name is opposed to [Wynne’s] horrible curriculum.”

Yu said the cost of running a campaign include “printing out tens of thousands of flyers” for de Viel Castel’s campaign in Ottawa-Vanier, where “many parents are against the sex-ed.”

De Viel Castel credited her father, Pierre Lemieux, who as MP for Glengarry-Prescott-Russell from 2006 to 2015 voted consistently pro-life and pro-family, for inspiring her candidacy.

“I learned a lot from my father, as he led by example during his time as a Member of Parliament. He modeled honesty, integrity, and respect,” stated de Viel Castel, who has worked in communications and public relations.

“He always stressed it was important to consider and respect different points of view. That’s why I’m running in Ottawa-Vanier, to give parents the voice they sorely lack in Queen’s Park and to make sure that their concerns are heard.”