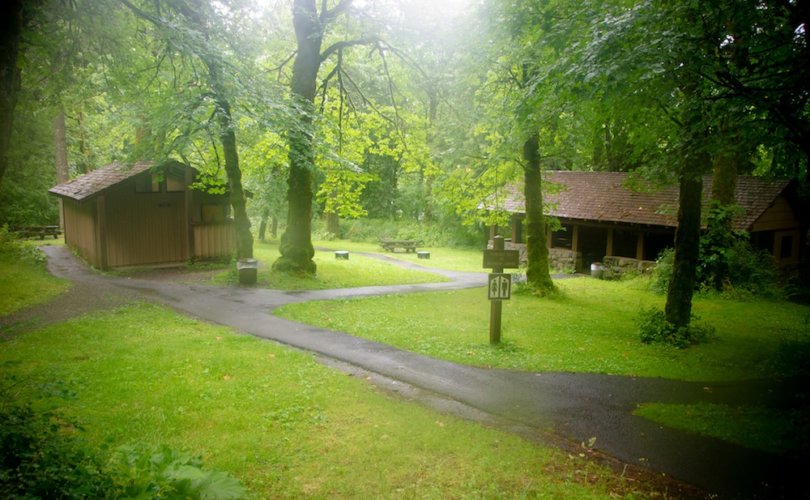 WASHINGTON, D.C., June 30, 2016 (LifeSiteNews) — The U.S. Department of the Interior has opened the restroom doors at America's national parks to allow men and boys who consider themselves transgender to use women's community bathrooms and women and girls to do likewise with the public men's room.

“Visitors to public lands and water sites are welcome to use restrooms that best align with their gender identity,” an Interior Department spokesperson told The Daily Signal.

“This move by President Obama's interior department shows the deep and abiding commitment progressives have to their radical transformation of American society,” Abraham Hamilton, a public policy analyst for the American Family Association, told LifeSiteNews. “They are willing to sacrifice women and children on the altar of … political correctness.”

“This dangerous and misguided move will now invite predators to Yellowstone and beyond,” Hamilton predicted.  “The danger customers risk by visiting Target stores now threatens American citizens at our national parks.”

“National parks have traditionally been family-friendly destinations,” he said.  “Now women and girls will have to worry about sharing a restroom with biological males.”

“This is another illustration of how extreme the Obama administration is in pushing this radical agenda in the last few months in office. It would be tragic if we have a sexual assault in a national park public restroom before the administration takes this seriously.”

“Progressives are now insisting that each person’s feelings about ‘gender identity’ is more important in law than the anatomical sex of Americans’ bodies,” Walter Todd Hudson assessed at Breibart.com.  “The rule matches Obama’s decree in May, which declares that all of the nation’s public schools must implement transgender-friendly policies … taking sexual privacy from almost 55 million American school kids in some 100,000 K-12 public schools.”