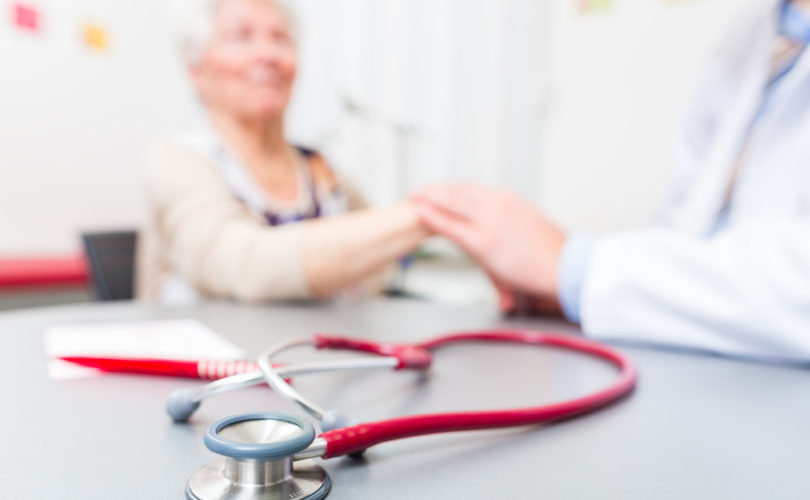 BRUSSELS, March 17, 2016 (LifeSiteNews) – A handful of Belgian lawmakers are trying to obtain a radical change to the rules governing euthanasia in the country, where so-called “mercy-killing” has been legal since 2002.

Not content with one of the most liberal euthanasia laws in the world, the socialist representatives now want to oblige doctors who have conscientious objections to killing their patients asking for euthanasia, to refer them to a doctor who is prepared to do so. This has been interpreted as a sort of new obligation to accede to all euthanasia requests within a very short period of time, and the wording of the proposed legislation supports this. The changes also include enhanced rights attached to a patient’s “living will” as well as the negation of the right to conscientious objection for institutions.

Surprisingly, the Belgian press paid minimal attention to the three draft laws submitted to the Chamber of Representatives on February 23 by six socialist members; they even went unnoticed in the Flemish papers. It must be said that they constitute a second or third attempt in this direction: very similar draft laws were unsuccessfully put before the Parliament in 2013.

In England, where the euthanasia debate is still ongoing, the news item was picked up by The Daily Mail under the shocking headline: “Belgian lawmakers to vote on world's first death on demand law which would mean no doctor could stop a patient who wants to die.” The newspaper added that the new laws were said to “have a high chance of getting support from parliamentarians.” This remains to be seen, in particular because draft law 1677/001 compelling referral of patients to doctors willing to perform euthanasia appears to be at odds with the law it aims to amend. Under the present system, a patient asking for death has no right to the procedure, and it is up to the doctor to make the final decision in view of a series of legal requirements.

The text presented by Laurette Onkelinx and others would all but destroy Belgian doctors’ right to conscientious objection. Nothing – for as long as it lasts – can oblige a physician to administer a lethal injection to a patient who is asking for one. But much as doctors refusing to do abortions are in many countries obliged to refer women to a practitioner who is known to perform them, making them complicit to the act, the Belgian representatives want to ensure that candidates for euthanasia are put in contact with a doctor who is willing for them to obtain the procedure.

The analogy is far from perfect: abortion is a procedure that is available on demand in the countries where such laws exist; euthanasia is a medical decision consequent to a patient’s demand, but under legally defined circumstances.

Draft law 1677/001 sets a seven-day limit for doctors who are faced with a euthanasia request to give their answer, of which they must inform either the patient or his or her person of trust. The French version of the text adds that the doctor must give reasons for the refusal. These can be linked to conscientious objection or to case-linked objection: at any rate, the doctor is then obliged to communicate the patient’s medical file to “another doctor who will accede to his or her euthanasia request,” says the draft law.

This appears to suppose that the second doctor will of necessity be prepared to euthanize the patient, whatever the circumstances. Strange indeed, as euthanasia remains a criminal offense in Belgium: all such acts are supposed not only to meet legal conditions but to be reported to a commission that decides whether the procedure required investigation or even prosecution. While it is true that the Belgian commission has seldom if ever decided that the law’s criteria – including unbearable suffering – were not met, creating what would appear as a fully-fledged “right to die” would contradict the existing law.

Draft law 1676/001 creates a mirror right to conscientious objection: the amended euthanasia law could affirm a right to perform the act. It reads: “No doctor can be stopped from performing a euthanasia in virtue of a convention. When necessary, such a prohibition clause would be deemed unwritten.”

This means that hospitals, hospices, and other institutions would not be allowed to invoke the right to conscientious objection in order to prohibit euthanasia to take place within their walls. The text is a direct attack on those Roman Catholic health care institutions – and all others who want to remain true to their duty of protecting life – that refuse to perform euthanasia. It must be added that most Catholic hospitals are happy to provide it. The fact that the euthanasia lobby is relentlessly hunting down the few hospitals where euthanasia is not a matter of course is a sure sign of its totalitarianism.

Last but not least, the third draft law wants to abolish the “sunset clause” attached to living wills, giving them indefinite validity instead of the five-year span in which they are currently taken into account by physicians. The text underscores the fact that it is often difficult to determine the date when a patient is no longer capable of expressing his or her will, and thus to see whether a living will made in view of such a situation is or not older than five years.

While the proposed law does allow patients to put a personal limit on their living will’s validity, the new “default setting” would create a situation where a young person’s living will would be applicable to the aged and changed person he or she would later become.

But that is the whole point of euthanasia: more and more, its proponents want euthanasia to be considered as a right, or at least the “right” solution to situations of age, fragility and dementia.

How far will the Belgians go? At the present time, the most worrying aspect of the proposed changes is that hardly anyone seems to care.