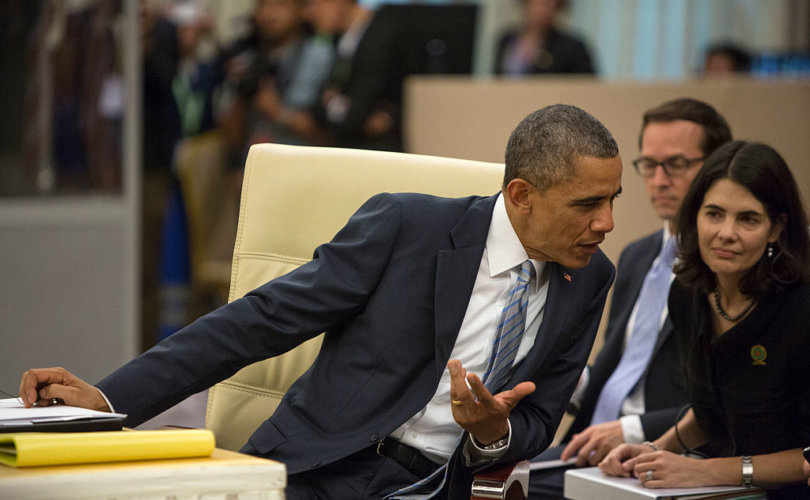 While working as deputy mayor of Los Angeles, Biden’s new appointee, Nina Hachigian, met with the president of the Chinese People’s Association for Friendship with Foreign Countries, a major Communist Party influence group, to discuss “exchanges and cooperation,” the Washington Free Beacon reported.

Additionally, while at liberal-leaning think tank, the Center for American Progress, Hachigian was part of a delegation with officials from the CCP-backed China-U.S. Exchange Foundation, a group that CIA director William Burns said during a hearing last year was engaged in covert influence activities and has proposed “exchanges of military personnel” between the U.S. military and the People’s Liberation Army.

During her tenure with the Center for American Progress, she also collaborated with an official from a government think tank overseen by China’s main intelligence agency, called the China Institutes of Contemporary International Relations.

Hachigian is only the latest State Department appointee who either has worked closely with CCP groups or espoused sympathetic views toward China.

BlackRock executive Tom Donilon currently advises the State Department on “strategic competition” with China, despite the firm he represents having large-scale investments in the communist nation.

Dominic Ng, who advises the State Department on trade in Asia, has criticized U.S. tariffs on China and has downplayed the regime’s threat to the West while urging American leaders to take a soft approach.

Hachigian, who at times has criticized China’s human rights abuses and aggression toward Taiwan and Tibet, has nonetheless repeatedly urged American leaders to take a soft approach on China.

In a 2007 opinion piece, she urged Americans to “embrace China,” and one year later, she opposed a Western boycott of the 2008 Beijing Olympics over China’s egregious human rights record.

That same year she called China “a security partner” and “not a threat” with regard to terrorism, pandemics and relations with North Korea and Iran.

Despite these ties, the Free Beacon reported that a State Department spokesman says the agency has “full confidence” in Hachigian.

Hachigian’s background, the spokesman said, “will be integral in engaging local partners and fostering collaboration on many of the Department’s key priorities — including the priorities surrounding our competition with the People’s Republic of China.”