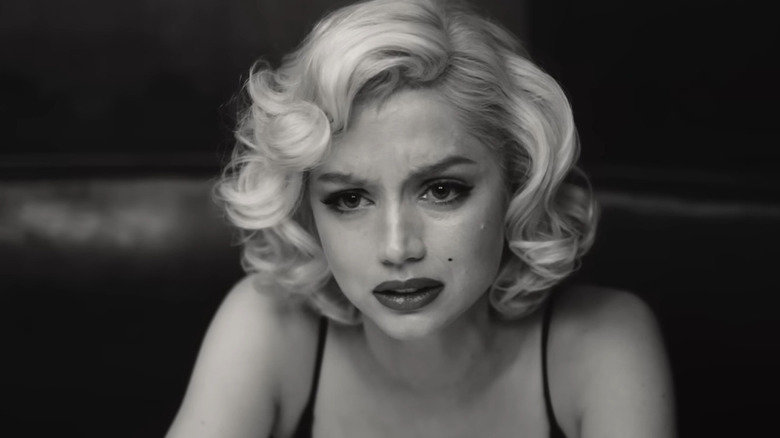 (LifeSiteNews) — Planned Parenthood expressed outrage about a new film that portrays pro-life values and exemplifies the humanity of life in the womb.

The nation’s largest abortion provider was critical of “Blonde” by Andrew Dominik on the life of Marilyn Monroe because of its portrayal of life in the womb, abortion, and its traumatic effect on women.

“As film and TV shapes many people’s understanding of sexual and reproductive health, it’s critical these depictions accurately portray women’s real decisions and experiences,” Planned Parenthood said in an interview with The Hollywood Reporter.

During the movie, Monroe becomes pregnant three times, each pregnancy ending in the loss of her unborn child due to abortion or miscarriage. Throughout the pregnancies, the film shows scenes of the very human child that is growing in her womb, using animation to clearly depict the baby at its different stages. The film also shows how the losses of the three children haunted her significantly.

Planned Parenthood said in an interview that the movie’s depiction of life in the womb was “inaccurate.”

Although overjoyed to discover that she was pregnant, Monroe decides to end her first pregnancy out of a fear that she may have inherited mental illness from her mother. However, on her drive to the abortuary, she has a change of heart and repeatedly asks the driver to turn around. He does not listen to her, and she ends up on the table where she begs the abortionist not to go through with it. He also does not listen to her, drugging her on the table. From the perspective of the fetus, the viewer is able to see the beginning of the dilation, as the abortionist inserts his tools before all goes black.

The movie shows how this abortion negatively impacts Monroe, who tells another character that she just “loves babies.” The film continues to demonstrate the humanity of the child, even showing Monroe having a possibly imagined conversation with her unborn child during her second pregnancy. The child calls her out for choosing abortion, begging her not to end this pregnancy the same way.

“You won’t hurt me this time, will you?” the baby in her womb asks. “Not do what you did last time?”

Sadly, Monroe loses this second child after she falls and has a miscarriage. The film shows her mental decline, as the loss of her second child affects her traumatically.

The last abortion in the movie seems, again, to be against Monroe’s will. Mentally unstable and possibly in a drugged state, she is taken to the abortion mill by a crew, where, once again, the scene is shot from the perspective of the fetus, who can see the abortion tools entering Monroe’s body. Monroe later awakens in her own bed, in a pool of her own blood, seemingly unaware of what occurred.

“What a crazy dream,” she says.