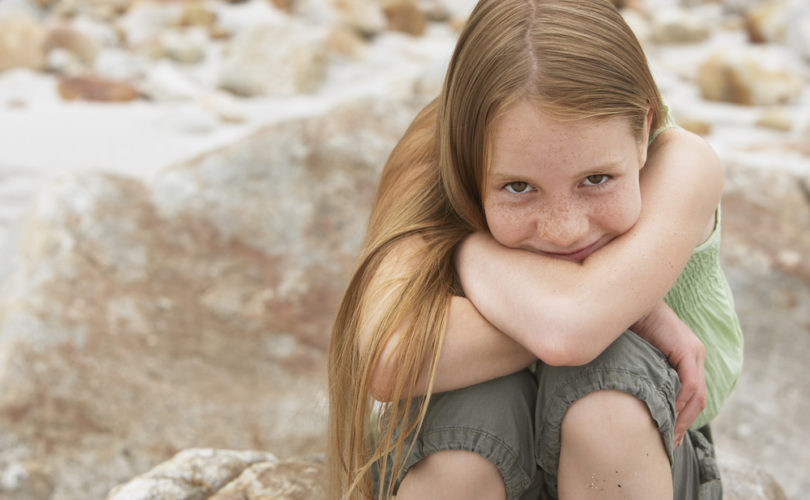 The “tool” provided to British educators, was developed by Brook Advisory Service, a UK organization that promotes contraception and abortion to teenagers, and funded by the Department for Education. It uses a “traffic light” system of red, amber, and green to distinguish between what, in the opinion of the group, is healthy and harmful sexual behavior in children.

For 13 to 17-year-olds, green behaviors include “obscenities and jokes within the current cultural norm,” “having sexual or non-sexual relationships,” “sexual activity including hugging, kissing, holding hands,” and “consenting oral and/or penetrative sex with others of the same or opposite gender who are of similar age and developmental ability.”

The final safe option listed for this age group is “choosing not to be sexually active.”

The UK's Society of Sexual Health Advisers (SSHA) endorses the program as “an aid to decision making” that can “help professionals in their work to support young people to stay safe and healthy.” But one parents' group is outraged that some of the sexual activity described as “normal” by the program is illegal and contradicts the teachings of the children's parents.

Sarah Carter of the Family Education Trust told MPs on the Commons education select committee which is studying the program that many parents see the guidelines in the program as both age-inappropriate and morally inappropriate, and pointed out that the age of consent for sexual activity in the UK is 16, not 13.

“If a teacher has a moral standpoint that young people should be sexually active from the age of 13, then that’s what they are going to communicate to their classroom, when actually that’s a value that parents may not share. They may like their young person to wait before they are sexually active,” Carter said.

Dr. David Paton, a professor of industrial economics at Nottingham University and a leading expert in teenage pregnancy rates, has consistently warned that explicit sex education and easy availability of contraceptives, including the morning-after pill, has not led to a decrease in teen pregnancies or abortions, but has led to a staggering increase in STD's because of an increase in sexual activity in children.

Paton told the education select committee that he has a “big issue” with the guidelines in the “tool” suggesting that sexual relations among 13-to-17-year-olds are a “safe and healthy development.”

“The advice is both misleading and potentially dangerous,” Paton said. “There’s an awful [lot] of evidence that early sexual activity is associated with all sorts of adverse outcomes – including early pregnancy and sexually transmitted diseases, but also mental health issues and adverse academic outcomes.”

Graham Stuart, a Labour MP and chair of the education committee, concurred with Dr. Paton. Telling 13-year-olds that having sex is part of growing up, but “not to send out a message that it's wrong, that it's harmful, it's dangerous, is in fact to almost to collude with something which we know is damaging to young people.”