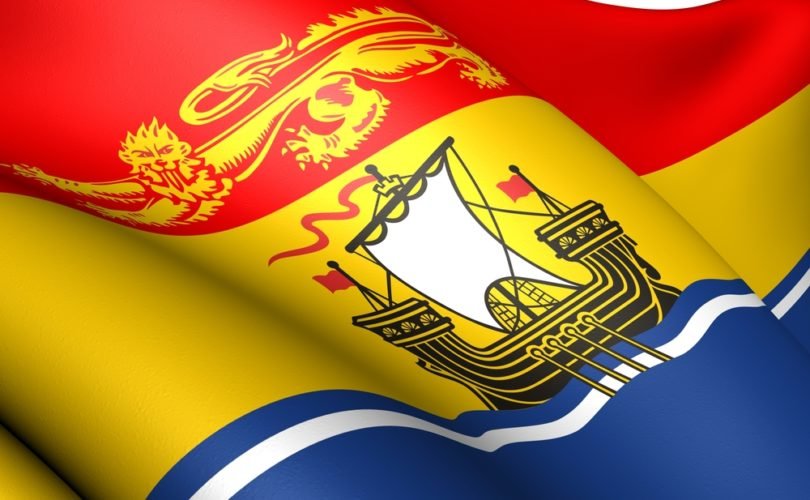 NEW BRUNSWICK, April 13, 2015 (LifeSiteNews.com) –New Brunswick’s deaths exceeded her births for the first time in 2014, bringing the Maritime province to the brink of a demographic decline the provincial government hopes to prevent by promoting Francophone immigration.

But according to Jack Fonseca, a spokesperson for the pro-life group Campaign Life Coalition, “immigration can’t solve this. Rather, he says, “We need a change in values. We need more babies.”

New Brunswick’s population actually began shrinking in 2012, thanks to an ongoing flight of young adults to provinces with more job opportunities. But the first net natural decline happened in 2014, a short Canadian Press story reported last week, stating, “According to the latest figures from Statistics Canada, more people died than were born last year in New Brunswick for the first time.”

The story did not give numbers or cite a specific Statistics Canada source. Moreover, the federal agency itself was hard put to produce one. However, a StatsCan document titled “Table 053-0001: Estimates of births, deaths and marriages, Canada, provinces and territories,” did project that 2014 was indeed the first year that N.B. deaths would exceed births, by a 6,914 to 6,766 margin.

In fact, the Maritimes began an overall population decline in 2014, with Prince Edward Island alone enjoying population growth. New Brunswick’s population fell to 754,524 that year from 756,997 in 2012. The decline came in spite of a reduced death rate chiefly because the province’s birth rate of 1.52 children per adult female is far below the maintenance level of 2.1, and even markedly below the Canada’s national average of 1.66, and because of inter-provincial migration.

Not only do the Atlantic provinces have below replacement-level birth rates, according to Statistics Canada, but, except for Prince Edward Island, they are net losers in terms of inter-provincial migration and far behind Ontario, Quebec, and the Western provinces in attracting international immigration.

Its impending population decline prompted New Brunswick’s government in 2013 to produce a discussion paper hopefully titled New Brunswick Population Growth: Strategy 2013-2018.  In effect it summarized what has failed so far and proposed it as a solution in the future.

The report blamed flagging economic opportunities for the emigration of young (child-bearing) people to Western Canada’s booming resource provinces.  “Data from Statistics Canada suggests that New Brunswick has seen a reduction of over 50,000 young people from the province over the past two decades alone. This trend will have a profound impact on the province’s economy, tax base, and social support system, and there is nothing in our forecasts that suggest the youth population will rebuild itself naturally.”

It goes on to propose a predictable array of bureaucratic solutions, ranging from attracting more entrepreneurs, to improving technical schools and training programs, and “increas[ing] and target[ing] immigration and interprovincial migration efforts.” Then it gets more speculative, advocating the province exploit “the opportunities presented by a growing First Nations population,” and increase Francophone immigration by promoting the province’s “unique” stature as “Canada’s only officially bilingual province.”

Significantly, the report admits at one point that “the most basic and easiest way to grow the province’s population is through natural increase, defined as the number of births compared to the number of deaths,” but says not another word about it.

“What has to change is that society has to shift back to a place where it believes in the sanctity of life,” CLC’s Jack Fonseca told LifeSiteNews, adding that Canada could bring its birth rate up significantly if it stopped killing over 100,000 pre-born babies each year. “We have to embrace large families. We have to see that children are a blessing and adopt a more sacrificial ethic far removed from the selfish approach that dominates our culture today.”

Fonseca said immigration was not a substitute because newcomers are not immediately productive while older immigrants, even if they are productive, contribute economically for only a few years before they become a drain on the social and health safety nets.

Because of the falling birth rate, said Fonseca, each generation of Canadians is smaller than the last. “There used to be six and a half workers for each pensioner. Now there are four workers per pensioner. By 2030 there will be two and half workers.”

The same case was made in 2009 by the C.D. Howe Institute, in a report titled Faster, Younger Richer? It warned that only “improbably huge” increases in immigration, and “extreme filtering” out of older immigrants, could slow the coming imbalance between workers and “old age dependants.”  But it could not stop it. The C.D. Howe Institute recommended raising the birth rate but it did not offer any suggestions how to do it. Other countries have offered cash bonuses and additional opportunities to parents who have more than a single child, as has Newfoundland and Labrador, but with limited success.

The Institute’s Colin Busby told LifeSiteNews, in the primary economic task of replacing retiring workers, average immigration levels of a quarter of a million a year will not be able to replace the retirement from the workforce of Canada’s largest demographic, the “Baby Boom” generation. “We would need several multiples of our current immigration numbers. Canada is already leading the developed world in immigration,” said Busby.

Even if our immigration system could process three or four times its current load, he added, “we just couldn’t absorb immigration levels of a million a year.” Instead of supporting the economy, the newcomers would do the reverse, and add to the growing proportion of Canadians who depend on government assistance.

A 2009 documentary, Demographic Bomb, tracks the fertility decline across Europe and Japan especially, and cites feminism, contraception, hedonism and environmentalism as its causes. At one point it asks, “Who will operate the factories and farms in the Europe of the future. Who will develop the natural resources?…Who will care for a graying population?” as the camera pans across a childless playground and an empty swing.