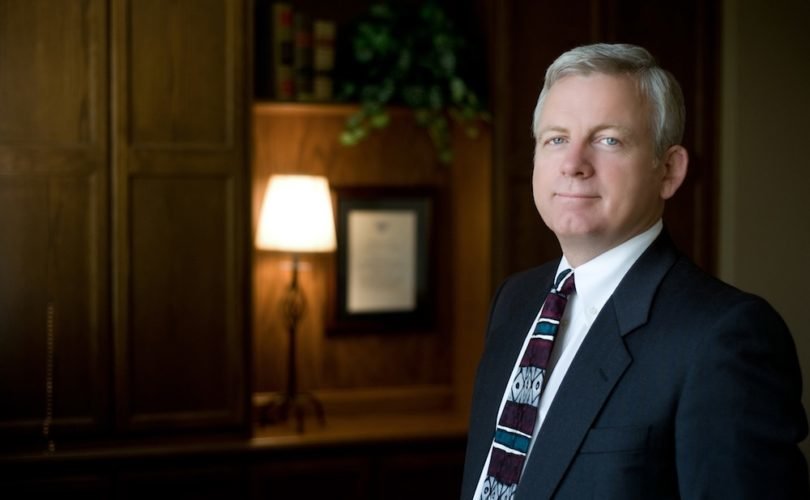 The New Brunswick Law Society voted Saturday to ban graduates of the new Trinity Western University law school from practicing in the province.

At a special meeting, the society’s members passed a resolution by a vote of 137 to 30.

Saturday's vote is not binding on the law society, however. The next governing council meeting on September 26 will consider the results.

“If this discrimination is allowed to stand, those students will not be allowed to earn a living in the province, simply because they took a personal conduct pledge to live by Christian standards,” freedom fighter Ezra Levant wrote in an email to supporters of his fight against anti-Christian discrimination.

“This is outrageous. It is illegal discrimination. It is un-Canadian. And it cannot stand,” he said.

In June, the society’s governing council voted 14 to 5 in favor of TWU’s graduates, but a petition signed by 228 members asking the council to rescind its decision forced a special meeting under the organization's rules where members could vote.

TWU’s proposal to create a law school was approved by the Federation of Law Societies of Canada in 2013. The British Columbia government then granted TWU permission to offer law degrees.

Levant pointed out that the Law Society of New Brunswick vote was scheduled for a weekend, and required lawyers to attend in person.

“In other words,” he said, “it was tailor-made for a handful of disgruntled activists to try to have a do-over, after they lost the first round.”

A public opinion poll by Campaign Research on September 8 found that 43 percent of New Brunswickers support allowing graduates from Trinity Western University to practice in the province. Only 27 percent were opposed.