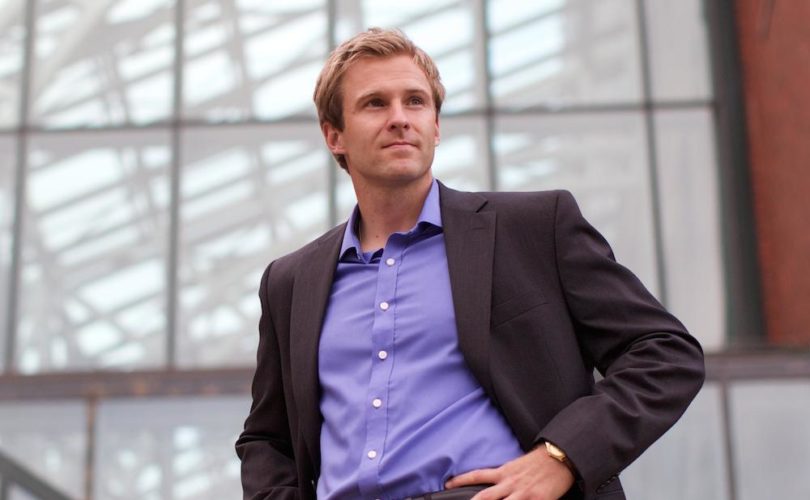 Editor's Note: This article contains a large graphic image of an abortion victim.

Abortion has become center stage in New Brunswick’s provincial election campaign just five days prior to the vote after Liberal leader Brian Gallant, who is ahead in the polls, slammed a pro-life youth initiative as “crossing a line” for its anti-abortion campaign targeting his pro-abortion election promises.

Campaign Life Coalition Youth and the Canadian Centre for Bio-Ethical Reform have been running the initiative since Monday, handing out postcards door-to-door with abortion victim photography on one part and a smiling Gallant right beside.

Their message: A vote for Brian Gallant and the Liberals is a vote for more abortions.

“There’s no doubt that during a campaign you’ll have many people that will try to influence people’s votes, and that’s normal and that’s something that we certainly accept, but we find it very disappointing and very unfortunate to have such graphic photos going around,” said Gallant at a news conference.

​”We do think it’s OK to debate and discuss and to have conversations, but to send graphic photos like that, we do think is crossing a line.”

“We certainly welcome people to join the debate and the discussion, but I think we have to all do it in a respectful way and I certainly don’t think that was the case when it comes to those pamphlets,” he said.

Provincial police say the pro-lifers are within their legal rights. Elections New Brunswick has attempted to stop the postcards from being circulated, but Golob said her team has been able to overcome each and every roadblock.

“The roadblocks haven’t stopped us and we will continue to go until the election,” she said.

Abortion became a political hot button after the province’s only private abortion facility closed its doors in July due to what owners said was a lack of revenue. Pro-life advocates called the move a political gambit aimed at building public support to force the government’s hand to fund abortion in private facilities.

After making the closure announcement in April, abortion advocates immediately went into high gear demanding that the province begin funding the procedure in private facilities, something not permitted according to the province’s current funding laws.

Within days of the closure announcement, the Liberal Party approved a resolution calling for taxpayer-funded abortion in private facilities, reversing longstanding policy on the issue. The reigning Conservatives have stated they support the status quo.

Gallant has indicated on numerous occasions that if the Liberal Party is elected it will “swiftly act to find all barriers to abortion and eliminate them.” Following the lead of federal Liberal leader Justin Trudeau, Gallant has stated that only pro-abortion candidates can run for his party.

Golob criticized Gallant for speaking out of both sides of his mouth when it comes to freedoms of speech and conscience.

“Mr. Gallant says that it’s okay to have debate and discussion in one breath, and in another says that all candidates running for the Liberal Party are forced to comply with his pro-abortion stance.”

Polls show that a vast majority of New Brunswickers do not support public funding of abortion on demand. With abortion taking center stage before the Monday election, it remains yet to be determined if Gallant will find himself losing supporters and losing votes.