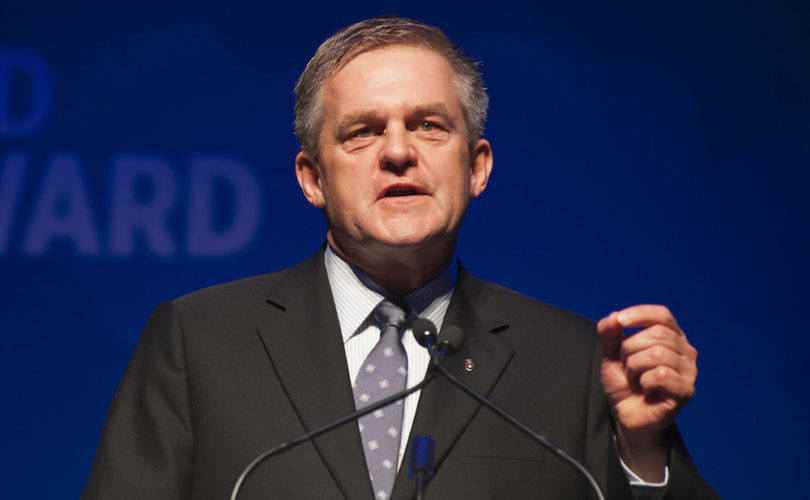 As New Brunswick abortion activists campaign to have the government repeal the two-doctor referral rule for procuring an abortion, calling it a barrier to access, the province’s Medical Society has come out supporting the regulation. At the same time, the society is urging the government to secure access to abortion as Fredericton’s Morgentaler Clinic appears ready to shut down.

“It's the same as any other health issue,” Dr. Camille Haddad, the society’s president-elect, told CBC News. “It's a decision between those two people, a family doctor and the woman, and the specialist and that's it.”

Regulation 84-20 of the province’s Medical Services Payment Act stipulates that an abortion can be covered at taxpayers expense in a hospital with two doctors certifying in writing that it is “medically required.”

Abortion advocates are calling the regulation “unconstitutional and illegal” and would like to see it repealed.

Abortion access became a political hot-button in the province after the province’s only private abortion clinic announced in April that it would be closing its doors this month due to a lack of tax-funded support. Local pro-life leaders suspected the closure to be part of a political ploy to force the government into funneling tax dollars into the private facility.

“For instance, if you went to your family doctor with a sore hip, and he felt — after a discussion — that you would benefit from a total hip replacement, he would need to refer you to an orthopedic surgeon, or conversely any other procedure that you need a specialist’s care.”

Hansen said the society does not agree with the Payment Act’s stipulation that an abortion should be performed only by a “specialist” in obstetrics or gynaecology.

“We think it’s not necessary and that it could be repealed without impairing the quality of the service the women would be receiving,” she said.

The Medical Society has written a letter to the New Brunswick government asking how it will address access to abortion with the closing of the Morgentaler Clinic. Hansen said no response has yet been given.

Pro-life Canadian blogger Patricia Maloney criticized the abortion lobby’s fixation with access, noting there are access problems and wait times for most medical procedures in Canada.

“Why do women expect to have access to an abortion — a completely discretionary procedure — without having to see any doctors at all? Why do they expect (I should say demand) this and I have to follow the defined process just like everyone else?” she wrote on her blog Run With Life.

“Our health care system is sick. I just can't figure out why the abortion procedure always gets such special treatment over every other health issue,” she wrote.

Imagine the outrage if anti-Semites were crowdsourcing for gas chambers