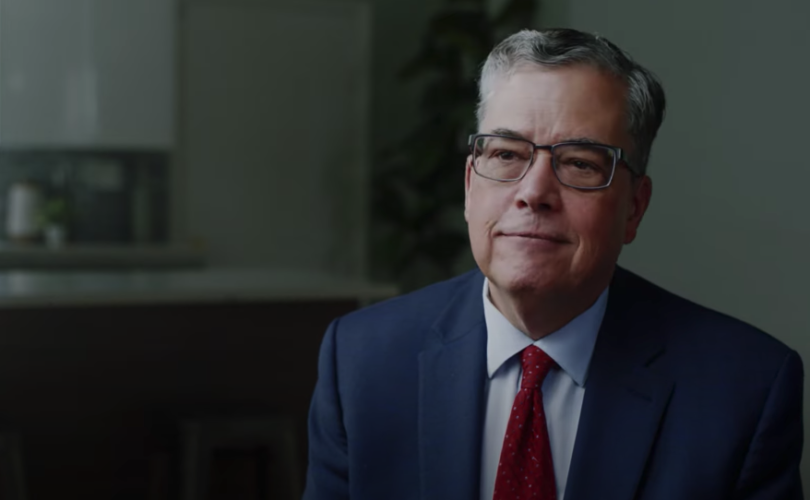 WASHINGTON, D.C. (LifeSiteNews) – The Catholic University of America (CUA) named a new president this week who recently declared an LGBT “pride” month at an Illinois university and encouraged students to join “pride” parades.

CUA announced Tuesday that Peter K. Kilpatrick, the current provost of Illinois Institute of Technology (IIT), has been appointed the next leader of the D.C.-based Catholic university. Kilpatrick, 65, will take office in July, succeeding John Garvey, CUA’s president of 12 years.

A chemical engineer, Kilpatrick has spent more than four decades in academia, mostly in secular institutions, according to CUA. He worked for over 20 years as a professor in North Carolina State University’s chemical engineering department before becoming dean of engineering at the University of Notre Dame in 2008. IIT tapped him as provost and vice president for academic affairs in 2018.

Kilpatrick is an adult convert to the Catholic Church and described his role at CUA as “bringing together faith and reason in service to the human person and human dignity.”

His record at IIT shows that he hasn’t always been faithful to Church teaching on gender and sexuality, however. In a letter dated June 7, 2021, Kilpatrick and IIT’s then-president Alan W. Cramb announced that the university would celebrate LGBT “pride” month and called on members of the university community to take part in Chicago “pride” parades.

“As you know, June marks Pride Month, an opportunity to honor and celebrate the lesbian, gay, bisexual, transgender, and queer (LGBTQ+) members of our community,” wrote Kilpatrick and Cramb. “We hope that you will join us in honoring Pride Month and the important history behind it,” including picking up “pride ribbons and buttons” provided by the university and “celebrating throughout the city,” they said.

Kilpatrick and Cramb specifically urged students, faculty, and staff to attend Chicago Pride Fest and Chicago Pride in the Park – sexualized, LGBT-themed events in downtown Chicago. They also noted that IIT compiled a podcast, a playlist, and other resources in support of so-called “pride” month.

“As we celebrate the accomplishments of the LGBTQ+ community, we must be vigilant in opposing and speaking out against discrimination directed toward LGBTQ+ community members,” the letter concluded.

The message linked to a proclamation from the Biden White House declaring June 2021 “Lesbian, Gay, Bisexual, Transgender, and Queer Pride Month.” In the proclamation, Joe Biden pressed Congress to pass the Equality Act, a bill that the U.S. bishops’ conference has warned would codify LGBT ideology and abortion “rights” into federal law and likely require doctors to commit abortions and “gender transition” procedures.

Along with its embrace of LGBT “pride” month, IIT contradicts Catholic teaching in other ways. The university offers free condoms and “numerous family planning methods including contraceptive services,” according to the website of the IIT Student Health and Wellness Center.

IIT also includes “gender identity” in its non-discrimination policy, provides “gender-inclusive housing,” and lets students go by chosen names and pronouns that may not reflect their sex, according to pro-LGBT organization Campus Pride.

Kilpatrick comes to CUA amid ongoing controversies over the university’s unique Catholic mission. CUA, a papally chartered university founded in 1887, is the only higher education institution established by the U.S. bishops and remains one of around 20 American colleges or universities recognized as “authentically Catholic” by the Cardinal Newman Society.

But CUA has faced mounting pressure in recent years to distance itself from the Church’s fundamental sexual ethics. Last March, an unofficial LGBT student group called “CUAllies” requested formal recognition and university funding, with the backing of the student government association, The Hill reported. President Garvey shot down the request.

CUAllies, which rejects the Church’s unchanging position against homosexuality, has repeatedly sought official recognition since 2009, according to the dissident National Catholic Reporter. Two university offices have given the group space to convene on campus since 2017.

In an interview with The Pillar on Tuesday, Kilpatrick declined to say that would not recognize the LGBT group.

While “we can’t deny or walk away from Catholic teaching,” he said, “we owe persons of same-sex attraction our love, our affection, we have to honor their dignity and we have to engage them in dialogue so that we understand what their hopes and fear are and how we can help.”

“So I look forward to meeting our gay and lesbian students, engaging them in dialogue, trying to understand exactly where they’re coming from and then judging for myself, how I can help this university move forward on an issue which is troubling to many,” Kilpatrick continued. “I understand the issue, and I’m looking forward to wrestling with it.”

In another interview with The Washington Post on Tuesday, Kilpatrick said that considers himself “very much in the heart of the church on the life issues,” but holds what could be considered “liberal or left” views on other issues, such as immigration.

“I’m very pro-immigration,” Kilpatrick said. “I believe the world is facing a bit of an environmental challenge that’s very, very serious. Many people would argue those are left or liberal positions,” he added.

Garvey is seen as conservative and has publicly affirmed Church teaching on life and the family, though his tenure at CUA has received mixed reactions from faithful Catholics.

Under his leadership, Catholic University notably reintroduced single-sex dorms and banned pornography from campus WiFi. Garvey also headed off some of the most radical demands of the CUA’s increasingly left-wing students and faculty, like a school-wide COVID jab mandate called for by the faculty senate last year. Kilpatrick announced vaccination requirements for students, faculty, and staff at IIT in July.

Despite branding itself as a “global research university” and moving to de-emphasize its Catholic identity under Garvey, CUA has also suffered from a long-term drop in enrollment. Total student enrollment last fall was down 25 percent from 2013, according to The Washington Post, and has fallen 5 percent since the onset of COVID-19.

In comments to the Post, Kilpatrick said that he would work to boost Catholic University’s enrollment and create new revenue streams while continuing a focus on increased research.

The CUA search committee tapped to pick Garvey’s replacement was staffed by multiple Church leaders with problematic, pro-LGBT backgrounds, like Cardinal Joseph Tobin, LifeSiteNews reported. Tobin, the archbishop of Newark, has repudiated Catholic teaching on homosexuality and celebrates “LGBT Masses,” among other things.

The search committee also included Archbishop Allen Vigneron of Detroit, current vice president of the U.S. Catholic Conference of Bishops (USCCB), and Archbishop Bernard Hebda of St. Paul and Minneapolis. Hebda, along with Tobin, was one of several U.S. bishops who backed Pope Francis’ scandalous endorsement of same-sex civil unions in 2020.

Cardinal Wilton D. Gregory, the archbishop of Washington, D.C. and chancellor of CUA, welcomed Kilpatrick’s appointment in a statement on Tuesday.

“I would like to warmly congratulate Dr. Peter Kilpatrick on his appointment as the 16th President of The Catholic University of America,” said the liberal cardinal. “His wealth of experience, pursuit of academic excellence, and commitment to the Catholic identity of the University make him well qualified to guide the University into its next era.”