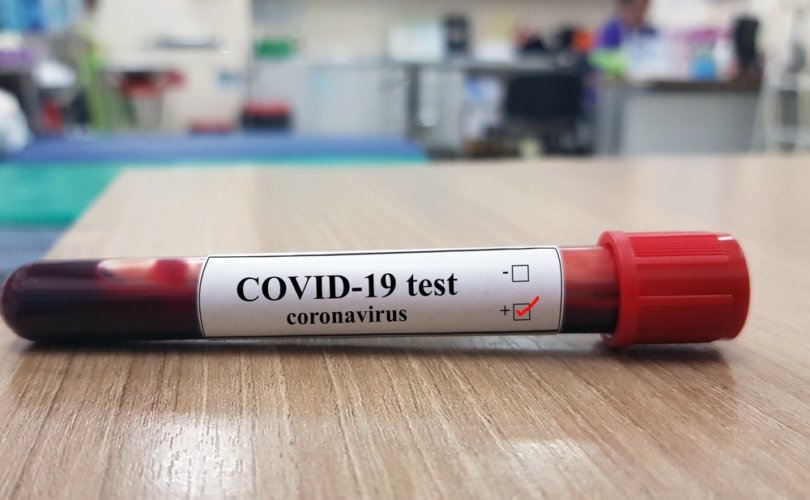 WASHINGTON, D.C., May 27, 2020 (LifeSiteNews) – A new “best estimate” by the Centers for Disease Control and Prevention (CDC) released earlier this month seems to suggest that the mortality rate of those showing coronavirus symptoms is as low as 0.4 percent – much lower than initial estimates, but still significantly higher than seasonal flu.

The CDC provided the data in a document called “COVID-19 Pandemic Planning Scenarios.” Among the five scenarios provided by the CDC, the fifth “represents a current best estimate about viral transmission and disease severity in the United States, with the same caveat (as the other four): that the parameter values will change as more data become available.”

Thus, “(p)arameter values for disease severity, viral transmissibility, and pre-symptomatic and asymptomatic disease transmission that represent the best estimate, based on the latest surveillance data and scientific knowledge.”

The data used to prepare the fifth scenario was received before April 29. In other words, no new data of the last four weeks was used.

“This parameter is not necessarily equivalent to the number of reported deaths per reported cases, because many cases and deaths are never confirmed to be COVID-19, and there is a lag in time between when people are infected and when they die,” the CDC cautioned.

The elderly, which in the CDC scenarios start at 65 years old, are estimated to have a mortality rate of 1.3 percent, which is many times higher than younger people.

In the fifth scenario giving the best estimates, the CDC works with the assumption that 35 percent of infections with COVID-19 are asymptomatic, meaning those infected never realize it unless they are tested for some reason.

The current best estimate of the CDC, at 0.4 percent, puts the symptomatic mortality rate for COVID-19 four times higher than that of the flu, which is generally given as 0.1 percent.

Anthony Fauci, the director of the National Institute of Allergy and Infectious Diseases who is one of the key members of the White House coronavirus task force, had claimed in mid-March, “The flu has a mortality of 0.1 percent. This has a mortality of 10 times that. That’s the reason I want to emphasize we have to stay ahead of the game in preventing this.”

“This worst‐case simulation came up with 2.2 million deaths by simply assuming that 81 percent of the population gets infected – 268 million people – and that 0.9 percent of them die,” the Cato Institute explained.

“A month later, that 2.2 million estimate was still being used (without revealing the source) by President Trump and Doctors Fauci and Birx to imply that up to two million lives had been saved by state lockdowns and business closings and/or by federal travel bans,” according to Cato.

On March 3, before the lockdowns in most parts of the world, the World Health Organization (WHO) director-general Tedros Adhanom Ghebreyesus said, “Globally, about 3.4 percent of reported COVID-19 cases have died. By comparison, seasonal flu generally kills far fewer than 1 percent of those infected.”

President Donald Trump has called out the WHO, and specifically Tedros Adhanom Ghebreyesus, for being beholden to China, where the coronavirus originated.

In a letter dated May 18, Trump explained that the administration’s review “confirmed many of the serious concerns I raised last month” as to the international body’s “repeated missteps” and “China centric” nature.

“The only way forward for the World Health Organization is if it can actually demonstrate independence from China,” the letter says. “I cannot allow American taxpayer dollars to continue to finance an organization that, in its present state, is so clearly not serving America’s interests.”

If the WHO “does not commit to major substantive improvements within the next 30 days,” Trump warned, “I will make my temporary freeze of United States funding to the World Health Organization permanent and reconsider our membership in the organization.”

On April 14, the President halted funding to the WHO “while a review is conducted to assess the World Health Organization’s role in severely mismanaging and covering up the spread of the coronavirus.”

The U.S. government contributes roughly $400 million to the WHO annually.