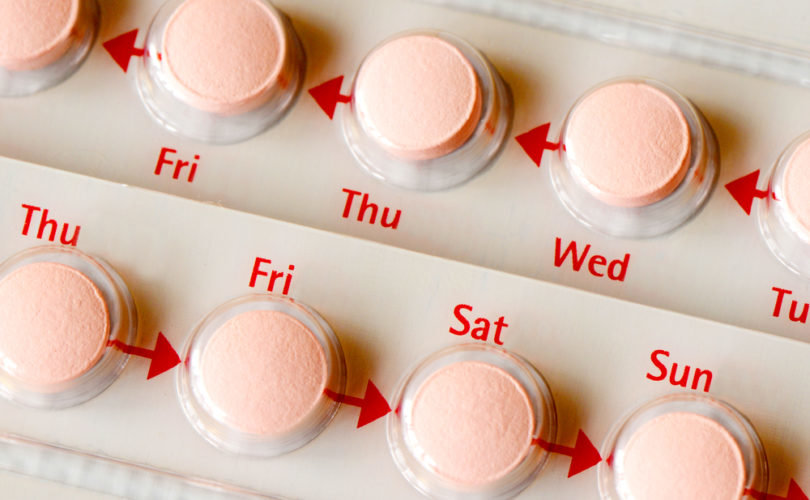 May 29, 2015 (LifeSiteNews.com) – Women who use modern contraceptives have at least a 50 percent greater chance of having potentially deadly blood clots, according to a new study published in the British Journal of Medicine.

“Risks for women using newer pills were around 1.5-1.8 times higher than for women using older pills,” according to a press release announcing the study's results. “In absolute terms, the number of extra [blood clot] cases per year per 10,000 treated women was lowest for levonorgestrel and norgestimate (six extra cases), and highest for desogestrel and cyproterone (14 extra cases).”

“Combined, the results provide compelling evidence that these newer oral contraceptives are associated with a higher risk of venous thromboembolism than older options, despite attempts to develop safer hormonal contraceptives for women,” concluded the BJM editorial.

The report's lead author, University of Nottingham Research Fellow Yana Vinogradova, told LifeSiteNews in an email that “the risk [of blood clots] is 2.4-2.5 times higher in women taking old contraceptives compared with no use.”

The author told LifeSiteNews that “in each database, there were about 3 million women 15-49 years old, and more than 5,000 of them had [a blood clot].” The study said that 28 percent of women in the United Kingdom use contraceptives.

Despite the higher risks of blood clots among women who use contraceptives, especially newer forms, Vinogradova defended the study's finding that “this is an observational study so no definitive conclusions can be drawn about cause and effect.”

“Definite conclusions can be drawn only from a randomized controlled trial where patients with known and unknown risk factors are randomly allocated into the arms,” she wrote. “Conducting a randomized controlled trial in these circumstances is not feasible, therefore only observational studies can be performed. In observational studies, exposed and non-exposed participants may have different risk factors for outcome.”

“Although we considered all available from the databases risk factors, there may be other unknown or not-available ones. So the estimates of risks associated with different types of contraceptive pills provided by our study are the most accurate to date.”

US athlete says she missed shot at Olympics because of blood clots from contraceptive device
British teen suffers 7 heart attacks, hundreds of blood clots after one month on the Pill
I gave up contraception after the pill gave me blood clots in four months: Huffington Post writer
UK Woman Dies of Blood Clots after Ten Years on the Pill
STUDY: THE PILL INCREASES RISK OF BLOOD CLOTS
STUDY CONFIRMS BIRTH CONTROL PILLS LEAD TO POTENTIALLY FATAL BLOOD CLOTS