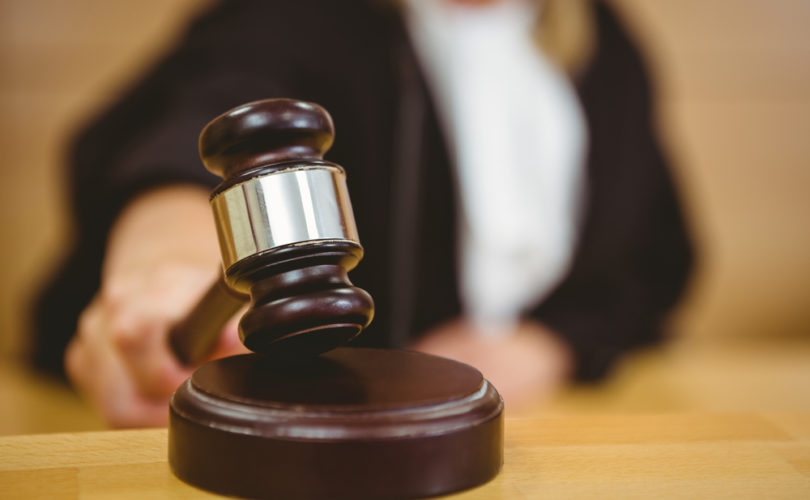 INDIANAPOLIS, June 22, 2018 (LifeSiteNews) – A new legal strategy to invalidate scores of abortion restrictions in one fell swoop has reached its third state so far.

The suit claims any law that specifically targets abortion providers or deprives patients of the “benefits of scientific progress” is unconstitutional. Among the pro-life laws being targeted are the state’s waiting period, parental consent and licensing requirements, and its bans on providing abortion drugs via telemedicine and non-physicians performing abortions.

“The Constitution prohibits states from imposing any burden on a person seeking abortion care that is not justified by a proportional benefit, regardless of whether the burden ultimately prevents her from ending her pregnancy,” the lawsuit claims.

In fact, the Constitution does not reference abortion at all, and even following Roe v. Wade the Supreme Court has approved multiple abortion restrictions, including 24-hour waiting periods, prohibitions on non-physicians performing abortions, parental notification and consent, informed consent, and excluding abortion funding from state Medicaid programs.

“The abortion industry has never found an abortion law it likes, even when the laws protect women's health and safety,” Indiana Right to Life president and CEO Mike Fichter responded. “We are confident Indiana's elected officials will remain steadfast in their defense of women and children and swiftly and strongly fight WWHA's lawsuit.”

“It’s easy to understand why the Whole Woman’s Health abortion chain, which has been cited for illegally dumping the remains of aborted babies in dumpsters and landfills, would join other abortion facilities with extensive records of health violations to fight common-sense health and safety standards. It was also revealed recently that the abortionist listed as medical director on Whole Woman’s Health’s application to open a new abortion facility in Indiana is subject to 11 complaints for allegedly failing to report abortions performed on underage girls according to Indiana's child sexual abuse reporting laws,” she said.

“The abortion industry puts profits ahead of women’s safety and cannot be trusted to police itself. The courts should reject this all-out attack on the people’s means of protecting women and girls from pervasive negligence and dangerous conditions,” she added.

The lawsuit follows similar lawsuits brought over the past week, first in Texas then in Virginia. WWHA is a co-plaintiff in those, as well. All three are founded on the Supreme Court’s 2016 decision in Whole Woman's Health v. Hellerstedt to strike down Texas’s admitting privileges requirement and abortion facility building standards.

According to WWHA founder Amy Hagstrom Miller, the scheme has been in the works for at least a year. “After we won in Supreme Court in June 2016, it opened the door to this kind of strategy,” she told the South Bend Tribune. “It was about a year afterward that we were approached by attorneys to leverage it in multiple states.”

But despite Hagstrom Miller’s rhetoric about “proactively mak[ing] the health care environment for women in Indiana better,” pro-life activists say the suit’s plaintiffs are the ones women need to be protected from. Glazer is one of the abortionists Indiana Right to Life named Wednesday for allegedly performing an abortion on a 12-year-old girl without reporting it for statutory rape or potential child abuse.

A 2017 Texas Department of State Health Services report listed numerous health and safety offenses at Whole Woman’s Health locations from 2011 to 2017, including rusty equipment, failing to properly disinfect and sterilize instruments between use, lacking proper written operation procedures, improper storage of hazardous chemicals, unsanitary surfaces, failing to follow up with patients, holes in the floor, and more.

Regardless, the series of suits could represent a new nationwide threat to pro-life progress. Whole Woman’s Health also operates facilities in Illinois, Maryland, and Minnesota; Glazer is also licensed to practice in Kentucky and Ohio, and abortion groups in other states could be inspired to file their own lawsuits

The ultimate fate of future pro-life legislation, at both the state and federal levels, will most likely depend on whether president Donald Trump has the opportunity to nominate a new Justice in the next year.

The current court is generally regarded as 5-4 in favor of legal abortion, though swing vote Anthony Kennedy, who is rumored to be considering retirement, has signaled openness to some restrictions. Trump’s first nominee, Neil Gorscuh, has generally ruled as a conservative, though his position on abortion is still not fully known.