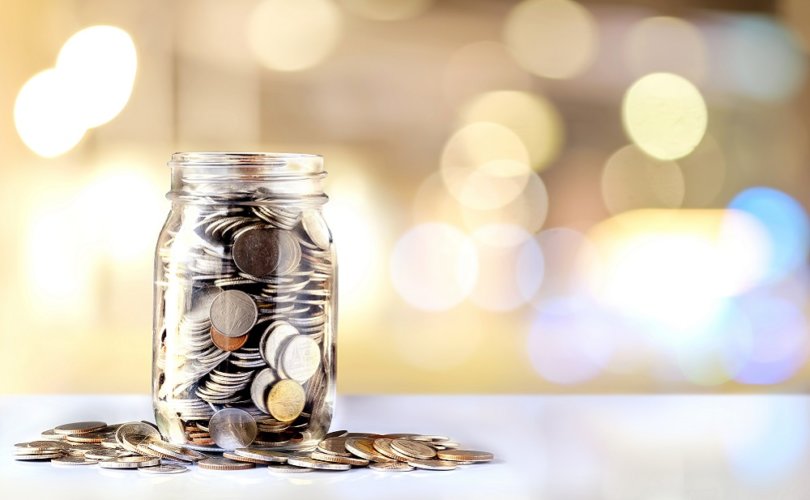 Start your WonderWe campaign by clicking this link*: Fundraising Software

April 15, 2019 (LifeSiteNews) — A GoFundMe campaign to solicit money for a surgical abortion underscores the ongoing need for principled crowdfunding options.

While GoFundMe has helped people to raise funds for various good causes, the campaign shows a bias toward abortion, at the same time the site has demonstrated bias against people of faith who believe in biblical marriage.

Other crowdfunding sites have banned conservative and pro-life initiatives as well.

“It’s a recurring problem,” Dominic Ismert, founder of WonderWe, told LifeSiteNews, regarding people of faith or who hold traditional values being banned by other crowdfunding sites. “That’s a main reason I built WonderWe.”

WonderWe, a crowdfunding platform focused on faith, family, and friends, seeks to meet the needs of users who, because of the values they hold, may be facing censorship from more secular platforms.

Launched in 2016, WonderWe upholds traditional values, according to the group’s information, and it is pro-life, pro-freedom, and pro-family.

Crowdfunding works and is here to stay, Ismert says, and people like it. Other sites have made a name for themselves, he adds, offering great products with great technology, but WonderWe is different, both in technology and approach.

“We matched that tech — and improved upon it,” he said.

The improved technologies he refers to include peer-to-peer fundraising, video share asking, a group feature, and an organization portal, plus a zero-fee model.

While GoFundMe and other crowdfunding platforms charge 5% or more for each campaign, WonderWe’s individual fundraising campaigns are free. The only charge users see is the third-party processing fee. This means beneficiaries get to keep more of what’s raised.

“WonderWe is about the ‘We,’ not the fee,” according to the company’s tagline.

Organizations have a basic option where the standard 5% fee applies or a monthly membership with no donation fee.

People who support a cause can endorse a goal and share it through social media. Allowing people to endorse causes helps establish a campaign’s legitimacy and prevent fraud, Ismert said, and to also spread the word.

Ismert and his team are also behind the platform VolunteerMark, which offers software for scheduling and managing volunteers and creating reports about programs.

While neither product is exclusively Catholic, Ismert said, the products adhere morally and ethically to the Catechism as a guide and governance mechanism.

This standard should appeal to anyone seeking to support well-intentioned causes, said Ismert, and many good people who are not Catholic will find these products perfect for themselves.

“They are intended to be culturally aligned and open to Christians and all people of like mind and good will,” he told LifeSiteNews.

Start your WonderWe campaign by clicking this link*: Fundraising Software

Some of the campaigns to find support through WonderWe since its inception are a pediatric nurse from Illinois who lost her job because of her commitment to protecting life; the Benedictines of Mary, Queen of Apostles, in Gower, Missouri, who are raising funds to build a new church; an earthquake-stricken hospital in Ecuador; a Kansas couple facing the loss of one of their unborn twins; a Swedish midwife fighting a government ruling that she must perform abortions; and Center for Medical Progress journalist Sandra Merritt for legal fees for her part in exposing Planned Parenthood’s illegal sale of fetal body parts.

The “Safe and legal abortion” campaign currently on GoFundMe describes an apparently desperate mother in crisis pregnancy asking for donations for a late-term abortion because the pregnancy occurred in negative circumstances and she feels she has no support.

“My decision to terminate has made my family and some friends to not want to help because they are against abortion,” it states, “but they are not thinking about how having the baby affects me.”

As of press time, the “Safe and legal abortion” campaign had raised $1,230 of its $1,400 goal in 10 days with funds coming from 35 donors. One commenter pleaded in the campaign comments with the pregnant mom for her to consider adoption in place of abortion.

The campaign is not the first instance where GoFundMe has allowed campaigns to raise funds for an abortion.

A 2014 GoFundMe campaign to raise money for a woman’s abortion was pulled by the company, with the explanation that it was not appropriate for the site. However, it has allowed other abortion fundraising campaigns since. The company’s terms and conditions page does not mention abortion specifically.

The crowdfunding site also has shut down Christians who were being sued, fined, or forced out of business for declining to take part in homosexual “wedding” ceremonies.

GoFundMe shut down a campaign to assist prominent Islam scholar and jihad critic Robert Spencer as well, after Patreon dropped Spencer’s campaign, the explanation referencing “hate, violence, racial intolerance, terrorism, the financial exploitation of a crime.” The removal was an apparent response to pressure from MasterCard to cut off the scholar’s campaign.

GoFundMe also pulled a campaign supporting Father Paul Kalchik, the Chicago priest removed from his parish by Cardinal Blase Cupich, an apparent reprisal for Kalchik’s having overseen his parishioners’ disposing of a homosexualist “rainbow pride flag” by burning it. The flag had been used by the parish under previous leadership to promote the homosexual agenda. The campaign to support Fr. Kalchik was reportedly deemed “homophobic” and thus a violation of the company’s terms.

In 2014, Kickstarter banned fundraising for the Gosnell film, at the same time it funded the After Tiller pro-abortion documentary.

Some of the crowdfunding shutdowns of traditional value-oriented causes have resulted in extremely successful replacement campaigns — suggesting a significant potential market for WonderWe.

The makers of Gosnell went on to raise record crowdfunding totals on another site.

And in just the first three hours of a subsequent campaign, Father Kalchik’s supporters had easily raised the same $16,000 amount that GoFundMe had refunded to initial Kalchik donors. To date, that subsequent campaign has raised $113,726.

*Note: LifeSiteNews is now connected as a pro-life affiliate of WonderWe. Campaigns started using the Fundraising Software link in this article will help benefit LifeSiteNews.