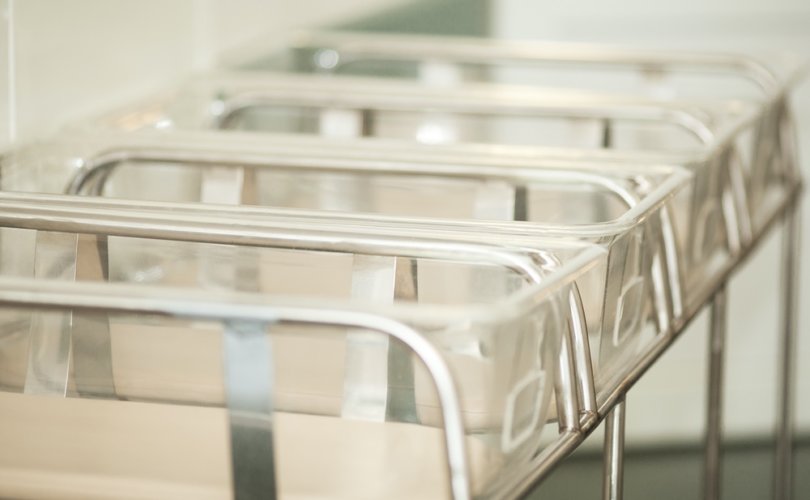 WASHINGTON, July 15, 2020 (LifeSiteNews) — A new study on global population trends by researchers at the University of Washington's Institute for Health Metrics and Evaluation has concluded that falling fertility rates will lead to a dramatic decline in global population by the end of this century.

Professor Christopher Murray, one of the authors of the study published in The Lancet, told the BBC that the findings are “jaw-dropping.”

The BBC report says that in 1950 an average of 4.7 children were being born for every woman, but that by 2017 that number had fallen to 2.4 and is expected to continue to fall significantly in the coming years.

In many countries the fertility rate is already beneath 2.1, the minimum average number needed for a population to replace itself.

This means that while global population numbers continue to reach all-time highs, the numbers are expected to peak before rapidly declining later this century.

Japan, Italy, Spain, Portugal, Thailand, and South Korea are among 23 countries “expected to see their population more than halve” by 2100.

“It makes me worried because I have an eight-year-old daughter and I wonder what the world will be like,” he said, “we need a soft landing.”

The BBC report says that the fall in fertility rates is “being driven by more women in education and work, as well as greater access to contraception, leading to women choosing to have fewer children” and says that “[in] many ways” this is a “success story.”

“Responding to population decline is likely to become an overriding policy concern in many nations, but must not compromise efforts to enhance women's reproductive health or progress on women's rights,” Professor Stein Emil Vollset, another of the study’s authors, said.

“I find people laugh it off; they can't imagine it could be true, they think women will just decide to have more kids,” Murray said.

“If you can't [find a solution] then eventually the species disappears, but that's a few centuries away,” he added.

The study also predicts that the population of sub-Saharan Africa will treble in size to more than three billion people by 2100, with Nigeria becoming the world's second biggest country.

“We will have many more people of African descent in many more countries as we go through this,” Murray said.

Noting the role played by migration in sustaining population numbers where the fertility rate is below replacement level, such as the U.S., Canada, and the majority of Western European nations, Murray says that “[w]e will go from the period where it's a choice to open borders, or not, to frank competition for migrants, as there won't be enough.”

Population analysts have long argued that policies around the world promoting contraception and abortion are leading to an inevitable “demographic winter.” In 2007 a U.N. report described the global demographic trends of decreased fertility and ageing populations as “a process without parallel in the history of humanity.”

Many social commentators have noted that while birth rates continue to decline among post-Christian secularists in European nations, the birth rate among Islamic communities in those countries is generally considerably higher.