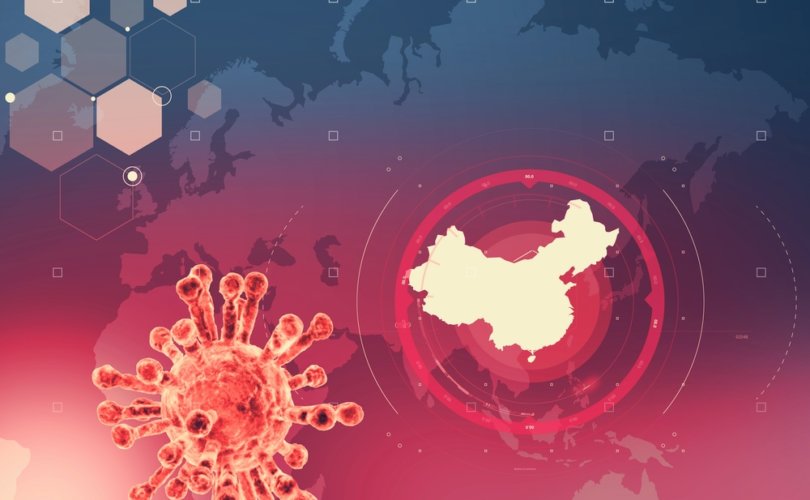 WASHINGTON, D.C., April 16, 2020 (LifeSiteNews) – New information pointing to the Chinese Communist Party’s obfuscation of the coronavirus pandemic’s origin in its Wuhan virology laboratory is calling into question the validity of Facebook’s fact-checking scheme.

On February 22, China expert Stephen Mosher – a frequent commentary writer at LifeSiteNews – published an opinion piece in the New York Post, headlined, “Don’t buy China’s story: The coronavirus may have leaked from a lab.”

Over the nearly two months since publication of Mosher’s article, Facebook has sought to squelch and discredit it by issuing a warning to anyone attempting to share it.

Once a Facebook user goes ahead and shares the article, the article “preview” is obscured, replaced with a second warning from Facebook’s censors.

Despite mounting evidence vindicating the content of Mosher’s article, the social media giant continues to tell its users that it contains “false information.”

President Donald J. Trump yesterday affirmed that the U.S. is looking into the possibility that the coronavirus pandemic originated at the Wuhan lab and then spread due to lax safety standards.

Secretary of State Mike Pompeo also went on the record yesterday, saying that Beijing “needs to come clean” about what happened.

“[T]his virus originated in Wuhan, China,” Pompeo told Fox News’ Martha MacCallum. “We know there is the Wuhan Institute of Virology just a handful of miles away from where the wet market was.”

“When it comes to this Wuhan outbreak, the Chinese communist government has direct responsibility, direct culpability for silencing, for covering it up,” said Texas Senator Ted Cruz in a separate Fox News interview yesterday.

“When you had brave physician whistleblowers blowing the whistle, the Chinese government came down on them. They silenced them. They did everything they could to keep it quiet,” said Cruz.

Fox News anchor Bret Baier revealed that “Multiple sources say this may be the ‘costliest government cover-up of all time by China,’” buttressing assertions from Trump administration officials and others.

“There is growing belief that the COVID-19 virus originated in the Wuhan lab, not as a bioweapon, but as China's effort to find and deal with viruses to show the world that China is as good as or better than the U.S.” in identifying and combating viruses, said Baier.

Mosher was the first to call out China

More and more, it looks like Stephen Mosher got the story right from the beginning, and Facebook is continuing to aid the Chinese Communist Party in deflecting attention from its culpability.

The evidence points to SARS-CoV-2 research being carried out at the Wuhan Institute of Virology. The virus may have been carried out of the lab by an infected worker or crossed over into humans when they unknowingly dined on a lab animal. Whatever the vector, Beijing authorities are now clearly scrambling to correct the serious problems with the way their labs handle deadly pathogens.

“Stephen Mosher was the first to float and seriously analyze the possibility that the Wuhan virus originated in a Chinese lab,” began Ahmari, “Back in February in the NYPost opinion pages.”

Stephen Mosher was the first to float and seriously analyze the possibility that the Wuhan virus originated in a Chinese lab.

Back in February in the NYPost opinion pages. https://t.co/oVgSGGls3I

Then, Ahmari said, “Hahaha, and this is what you’re warned when you try to post this story on Facebook.  To which I say, and pardon my French: Up yours, Zuck, you schmuck.”

Let me tell you who Facebook’s “independent” fact-checkers are: the same 23-year-old credentialed morons who’d write Voxplainers about how the evil Israelis are blocking the Gaza-West Bank land bridge.

And if they deign to hire one conservative out of 20, it’ll be a Bulwark type

“Let me tell you who Facebook’s ‘independent’ fact-checkers are:  the same 23-year-old credentialed morons who’d write Voxplainers about how the evil Israelis are blocking the Gaza-West Bank land bridge,” he continued.

“And if they deign to hire one conservative out of 20, it’ll be a Bulwark type,” added Ahmari, referring to the new publication established by never-Trumpers, aimed at preventing a second Trump term.

“Here’s the summary of our dystopian overlords’ complaint about the Post article’s conclusion,” said Ahmari in his final tweet.  “Maybe these dweebs should also tsk-tsk the US intelligence community for moving toward the same conclusion.”

LOL. Here’s the summary of our dystopian overlords’ complaint about the Post article’s conclusion: Maybe these dweebs should also tsk-tsk the US intelligence community for moving toward the same conclusion. pic.twitter.com/CFiRqEFSu8