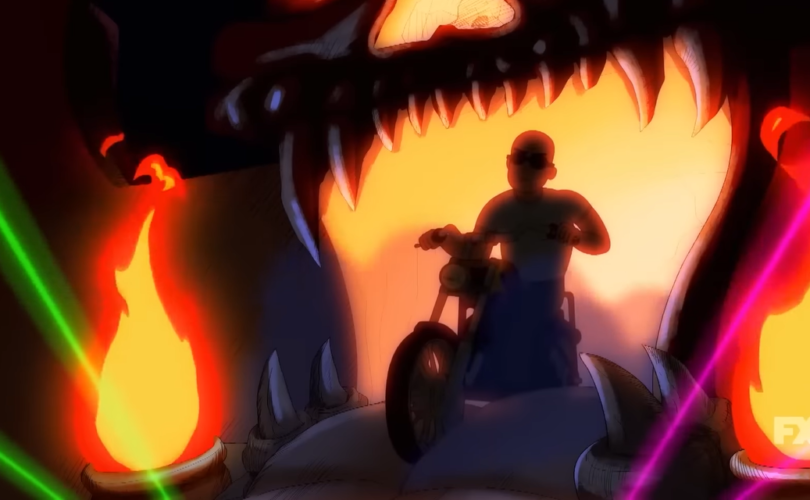 (LifeSiteNews) — Disney launched a new adult TV series on August 25 titled “Little Demon” that chronicles the story of Satan’s daughter, normalizing explicit sexual references and the presence of the devil in society.

“Thirteen years after being impregnated by Satan, a reluctant mother, Laura, and her Antichrist daughter, Chrissy, attempt to live an ordinary life in Delaware but are constantly thwarted by monstrous forces, including Satan, who yearns for custody of his daughter’s soul,” the show’s synopsis reads.

In the official trailer for the first season, Chrissy (the “Antichrist”) is shown entering her junior high school, where there is a byline below the school’s name that reads, “We aren’t racist anymore.”

After realizing that his child is a girl instead of a boy as he had assumed, Satan declares that “the future is female.” The trailer also portrays the teenager receiving affirmation for insulting her mother, a character who draws a mocking parallel between the Bible and the media, and a woman dressed in a “trans binder.”

The series has been met with various reviews ranging from complete horror at the portrayal of evil to ignoring the obvious messages being sent in the story.

“ABSOLUTELY HORRENDOUS!!!” one viewer wrote. “The producers and everyone involved in this production needs to repent of making this show and turn to Jesus Christ!!! The absolute wickedness that our culture is turning to in allowing and trying to believe that anything demonic and satanic is ‘safe’ or ‘not that big of a deal’.”

“Look past the shock factor and literal meaning of it all and what you’re left with is a refreshingly healthy perspective on coping with life’s ups and downs,” another review reads. “This show packs a surprisingly hidden boost to the Gospel itself, cleverly disguised as a story of the devil building a relationship with his estranged 13-year-old half-human daughter.”

U.S. Rep. Mike Johnson, a Republican representing Louisiana, has attracted a great deal of attention over his lengthy criticism of the show, which he posted on Facebook.

“I couldn’t get to the remote fast enough to shield my 11-year-old from the preview,” he wrote. “I wonder how many other children were exposed to it.”

The congressman also quoted Aubrey Plaza, who voices the character Laura, when she said, “I love that we are normalizing paganism” in an interview with the show’s cast and creators.

Seth Kirschner, one of the show’s creators, said in the same interview that the show is intentionally focused on the twisted “family dynamic” and that “somehow having that in the comedic and horror world would just be such a really fun blend.”

After sharing a few reviews that detail some of the show’s content, Johnson concluded, “Please be careful. Our job as parents is to guard the hearts and minds of our kids. This culture has become alarmingly dark and desensitized and this is not a game. Disney and FX have decided to embrace and market what is clearly evil.”

One Million Moms, an organization whose mission is to “stop the exploitation of our children, especially by the entertainment media,” released a petition to cancel the show. The petition has received 25,669 signatures as of September 7.

During the last year, Disney has consistently caved to endorse the increasingly popular woke ideologies. Public knowledge of Disney’s agenda took off in March with the release of Pixar’s film “Lightyear,” which contained a “same-sex kissing scene” that was cut and later restored by Disney executives after backlash.

Most recently, a drag queen is set to appear in a new Disney+ Marvel series that will be released later this year about a teen superhero.