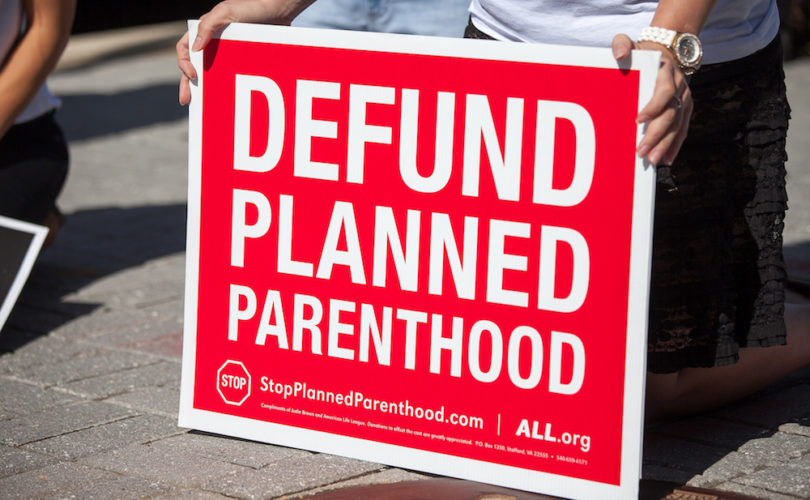 The new receipts show that Planned Parenthood charges for each body part obtained, as pro-life advocates had maintained all along.

Operation Rescue attorney Briscoe Cain held a press conference in front of the Planned Parenthood abortion facility in Houston, which is run by Planned Parenthood Gulf Coast (PPGC). After undercover investigators filmed PPGC officials discussing how such profit could be hidden in “line items,” it touched off a series of investigations at the national, state, and local level.

One of those was in Harris County, where the grand jury on Monday took no action against Planned Parenthood but indicted David Daleiden and Sandra Merritt, the CMP investigators who shot the footage. They face up to 20 years in prison for using a fake ID.

An e-mail from September 7, 2011, shows a UTMB official telling Melissa Farrell (who personally signs some of her e-mails “Missy”), “We are needing to collect tissues as soon as possible.”

Each has a flat-fee charge – listed alternately as “reimbursement for study supplies” or “annual admin fee.”

Both also contain a line charging $150 for each “consent” obtained – something lawyers say proves that PPGC charged a fee per specimen.

That designation is how Farrell was able to hide its profit in “line items,” as she told CMP investigators on film.

“Farrell admitted on camera to undercover investigators that PPGC 'worded' the per-specimen charges for fetal specimens as 'per consent' in order to 'frame' the project budget in a way that will look legal 'on paper,'” David Daleiden said. “Whether the 'consent fee' for fetal tissue is $25” – the amount Farrell mentioned on film – “or $150, it is completely outside the letter and spirit of Texas Penal Code 48.02.”

There is also an aspect of public funding for Planned Parenthood in the UTMB study.

“Because Planned Parenthood was selling to publicly funded universities, this means that our tax dollars went to buy aborted baby remains and ended up in the pockets of Planned Parenthood executives,” said Operation Rescue Senior Vice President Cheryl Sullenger. Yet, she said, Harris County District Attorney Devon Anderson “turned a blind eye to this crime while charging the people that reported the crimes. This injustice must not be allowed to stand.”

“Because of this new evidence, we renew our call for a new grand jury to investigate Planned Parenthood to be directed by an independent special prosecutor not related in any way to Devon Anderson, anyone in the Harris County District Attorney’s office, or Anderson’s friend, Chip Lewis,” the attorney for Houston abortionist Douglas Karpen and a longtime Anderson ally, she said.

They also hope to bolster the ongoing Texas state investigation into PPGC, which paid $4.3 million to settle allegations of Medicaid fraud in 2013.

“The purpose of releasing these documents is to shed light on previously unseen evidence of criminal activity by Planned Parenthood Gulf Coast and to publicly release for the first time financial documents exposing the practice of purchasing aborted fetal tissue by Texas medical schools,” Cain said on Thursday, according to Breitbart.

Cain said he expected the documents to be “key evidence used by the State of Texas as they continue their investigation of Planned Parenthood’s activities.”