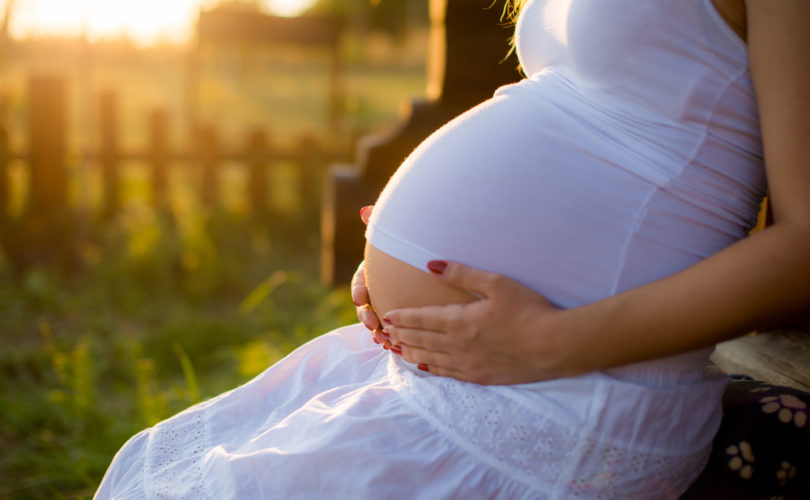 October 5, 2018 (Society for the Protection of Unborn Children) – In good news for mothers and unborn babies, a new drug for combating severe morning sickness has been licensed in Britain.

Around 80 per cent of pregnant women report some kind of morning sickness and up to 2 per cent will be diagnosed with hyperemesis gravidarum, a severe form likened to the nausea caused by chemotherapy and from which the Duchess of Cambridge suffered.

In final clinical trials Xoneva was found to reduce the amount of nausea by two thirds and cut the number of episodes of sickness from four a day to just one.

Some 15% of HG pregnancies in the US end in abortion, and abortion provider BPAS estimates that 1000 pregnancies a year are terminated in the UK because of debilitating symptoms. Last year, a charity warned that suffering women were being denied help by NHS staff, driving many into abortion.

SPUC researcher Fiorella Nash, who suffered from the condition in all four of her pregnancies, says that HG is “one of the most distressing and misunderstood complications of pregnancy”. In her book the Abolition of Woman, she writes that the overwhelming majority of abortions triggered by HG “are unwanted, causing high levels of grief, guilt and anger from women who are driven to abortion as a result of being unable to cope with their symptoms.”

“This is a very welcome breakthrough,” she said. “HG is an incredibly distressing condition, which as well as damaging the woman's health and elevating the chance of miscarriage, drives a significant minority into abortions they do not want. If this new drug goes any way to alleviate women's suffering, it's very good news.”

However, she said that a change in attitude from the medical profession was also needed. “Women have reported being patronised, dismissed, instructed to pull themselves together, or being told it was 'all in the mind'. My own doctor lectured me for being so silly as to 'purposefully' dehydrate myself when I came to her vomiting blood. It's disgraceful that in the 21st century women with pregnancy complications that can lead to high levels of miscarriage, and the sort of desperation that leads them to abort, are not being given the care they need.

“When women end up having abortions because of HG, it's because they're in such a state of despair that they literally can't see any other way out,” she continued. “What kind of choice is that? Women who are that sick are incredibly vulnerable, and it's ludicrous that they are left with no support. What's really tragic is that these are often very much wanted babies, and inadequate care drives women to do something they never usually would. These women don't need abortion, they need to be taken seriously and have their very serious medical condition treated.”

Let's hope that this new drug and better medical care means that women feeling there is no way out of their sickness than abortion is a thing of the past.