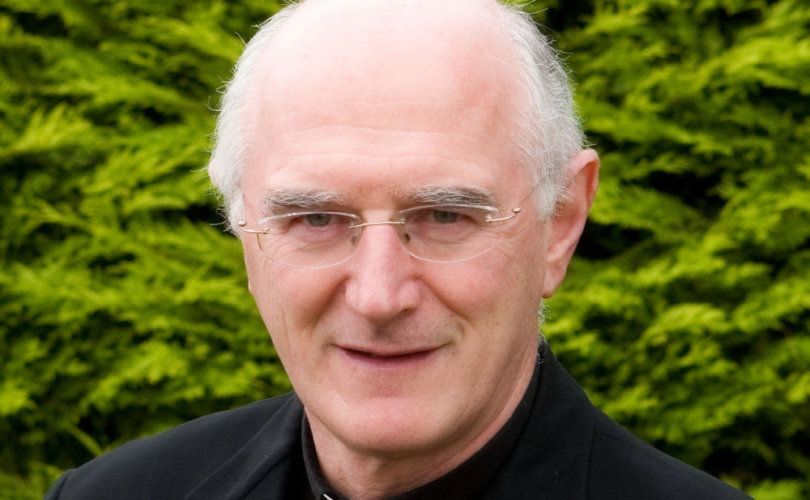 Pope Francis’s new appointee as archbishop of Dublin, Farrell, was most recently the bishop of Ossory in the south of Ireland, after having being moved to that post by the Pope in January 2018. Farrell is also the finance secretary for the Irish Bishops Conference.

In an interview given to the Irish Times (the full text of which has been reproduced by the Catholic News Agency), Farrell signaled the direction into which he could lead the Archdiocese of Dublin in the future, particularly with regard to female ordinands: “I think that the big issue for women priests for me is that the two pillars of our faith and the Church are scripture and tradition and the biggest barrier to that (women priests) is probably tradition, not the scriptures. That’s the hurdle that has to be overcome.”

After initially expressing his reticence about the possibility of women priests, Farrell then gave his personal view on the matter of deacons.

“Would I like to see women deacons[?] I would,” he said. “Women have almost preserved the faith in the church, certainly in this country and probably beyond. They were the ones who handed on the faith or took the responsibility for handing it on. Our mothers were very important in terms of teaching and prayer. They were the ones, more than the fathers.”

While he admitted that celibacy was “important,” the new archbishop also showed himself to be open to the concept of married priests in the Church, calling for a “Choice on celibacy” to be discussed, and suggesting the Orthodox practice of having married priests.

Before becoming Bishop of Ossory, Farrell had spent over twenty years in Ireland’s seminary, Maynooth College, starting as a lecturer in moral theology in 1989, before being appointed as executive assistant to then-president Fr. Micheál Ledwith in 1990.

In 1993 Ledwith resigned early, after child sexual abuse allegations were made against him. Ledwith denied the claims, but reached a financial settlement with the accuser, and continued his teaching role in the seminary for two more years. Farrell was subsequently made vice president in 1993 and president in 1996, a position which he held until leaving in 2007.

Farrell declared that while he had been there at the time, “I wasn’t aware of why [Ledwith] stood down in ’94. I wasn’t involved … I became aware in May 2002.”

Father David Marsden, a former lecturer at the seminary, made headlines in recent years for noting that Maynooth had become a “cesspool of liberal theology and heterodoxy.” Fr. Marsden eventually resigned his position in 2016, in light of a subculture of homosexuality present in the seminary.

“It is my honest assessment that the formation and academic staff in Maynooth are either liberal or homosexual and a significant number are both,” he commented

Farrell touched on the issue of homosexuality in his recent interview, too, seemingly inferring that he was opposed to blessings of same-sex couples, but only due to the confusion such an action would cause: “Blessings are always going to be misconstrued and that’s where the difficulty arises because once you start blessing things like that people are going to construe that as a marriage.”

However, Farrell did note that “I don’t have a difficulty with blessing rings,” provided it was not done in the “public domain.”

The Catholic Church teaches that homosexual acts are “intrinsically disordered,” a teaching that Farrell referred to as “a technical description. People misconstrue that then because it is technical theological language.”

Last summer, Bishop Farrell had intervened after a Capuchin priest in his diocese gave a homily describing people in favor of abortion, contraception, and homosexuality, as zombies, being “physically alive but spiritually dead, morally rotten or at least infected.” Farrell declared he was “saddened” by the homily, calling it “inappropriate language and sentiments,” adding “the Gospel we proclaim is about the welcome and inclusion of all.”

He also spoke against traditional Catholics in his recent interview, in much the same tone as that employed by Pope Francis. “They’re hostile towards anyone that doesn’t agree with them, they’re almost close to being intolerant. They’re everywhere. I’d be respectful of them, they have a view and probably want to impose that view on everyone. That’s disrespectful.”