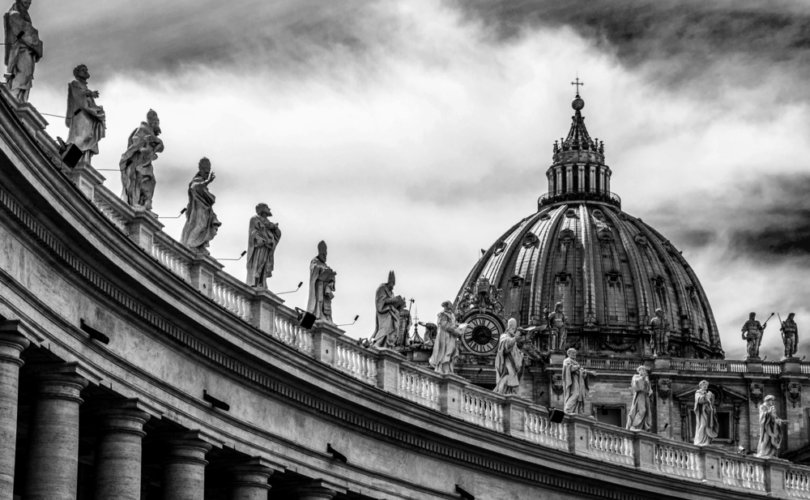 December 13, 2019 (LifeSiteNews) – More evidence has surfaced of massive financial corruption at the Vatican with evidence highlighting the secret and deceitful methods Vatican officials used to launder millions of euros.

A new report in Catholic media claims that a 50 million euro loan taken out by the Vatican in 2014 in order to purchase a scandal-ridden Italian hospital was originally funded by a loan from a children’s hospital under Vatican authority which is primarily funded by the Italian state.

Last month Cardinal Parolin told Catholic media that he had been responsible for overseeing the 50 million euro loan from APSA, the Vatican’s central bank, which was used to help purchase the “Istituto Dermopatico dell'Immacolata” (IDI) hospital – a bankrupt hospital in Rome with a history of fraudulent financial activity, including activity linked to the Vatican.

Now a new report in the National Catholic Register claims that documents seen by the publication show that the money originally came from the Bambino Gesù children’s hospital in Rome, which is also under Vatican authority but receives most of its funding from the Italian state.

The report by Edward Pentin claims:

Documents show that Vatican officials concealed the origins of the loan by forcing the Bambino Gesù to deposit the funds with APSA, the Vatican department also responsible for real estate management, in the form of a “certificate of deposit” (CD) issued by APSA itself. This usually takes the form of a no-risk loan to be repaid within a fixed time. APSA then used the CD as collateral to guarantee the loan to the IDI, which went to the congregation.

The plan made it look as if APSA, rather than the Bambino Gesù hospital, which is a well-respected children’s hospital in Italy mostly funded by the Italian state, was providing the financing to the CFIC, IDI’s owners — something unlikely to have been allowed in view of the children’s hospital being mostly state-funded.

The report adds a further level of complexity to what is already a complicated episode. When Cardinal Parolin last month claimed responsibility for, as he put it, the “operations involving the IDI”, he said that the transactions had been “carried out with fair intentions and honest means.”

But reports have pointed out that even the Vatican receiving a loan from APSA to purchase the IDI would be contrary to regulatory measures put in place by Moneyval, the Council of Europe’s Committee for combating money laundering and terrorist financing, that legally prohibit APSA from making loans that finance commercial transactions.

The report notes that Cardinal Pell (who at the time was the Vatican Prefect for the Secretariat of the Economy) opposed the loan, but that Pope Francis overrode his opposition before later canceling the Bambino Gesu’s guarantee of the loan. But the money still has not been returned to the children’s hospital.

A Vatican source reportedly told the National Catholic Register that Cardinal Pell “considered it immoral to condemn the children’s hospital to losing money that it needed to treat needy children” and that he thought it was “extremely dangerous to comingle the children’s hospital’s patrimony, which, for the most part, was made up of Italian government public funds, with IDI’s growing deficits and debt.”

The report also claims that other documents show that the children’s hospital requested for the loan to be repaid in 2016. The report states:

According to other documents seen by the Register, in 2016, the Bambino Gesù’s current president, Mariella Enoc, asked Cardinal Domenico Calcagno, the president of APSA, to liquidate the CD and return the 50 million euro to the children’s hospital.

To this day, however, the Register understands that the funds have not been returned, although Antonio Leozappa, the president of the Luigi Monti Foundation, has suggested loans to the IDI could be returned “in 2022 in case of a return to profitability.

At this stage it appears unclear whether there are definite plans in place to return the money to the children’s hospital. The National Catholic Register report claims that they contacted Archbishop Nunzio Galantino (the current president of APSA) on December 5, to ask if he could confirm that the 50 million euro would be returned to the Bambino Gesù hospital, but that he has not responded.