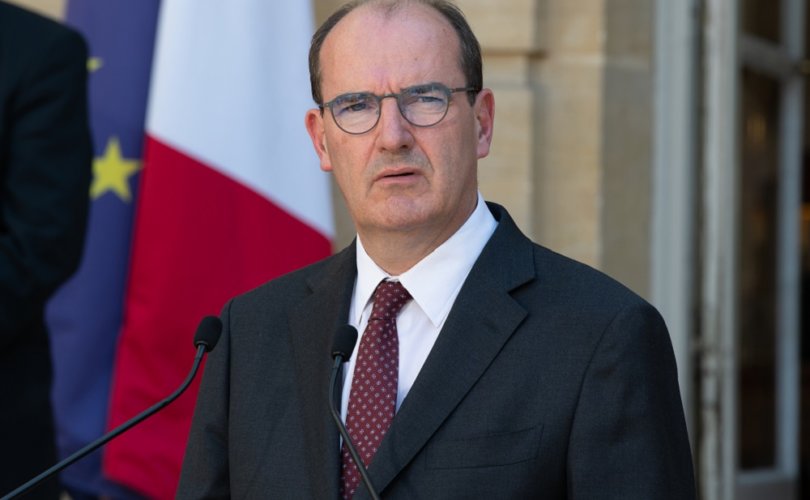 December 24, 2020 (LifeSiteNews) — A draft law aiming to exclude Parliament from voting on sanitary crisis and emergency measures and to allow the government to place social restrictions on people who will not have received a vaccine was “withdrawn” in France within 24 hours of having been presented and included in the agenda of the National Assembly, according to a declaration by health minister Olivier Véran Tuesday evening on a televised news show.

The proposed law, which bears the signature of prime minister Jean Castex, set off a wave of outrage, and for once in the COVID-19 crisis, politicians from several parties and some of the mainstream media joined those who are rejected as “conspiracy theorists” in slamming the government’s dictatorial tendencies and accusing it of lying.

The text would probably have gone unnoticed had it not been for the watchfulness of Marine Le Pen, head of the “Rassemblement national”; her niece, Marion Maréchal, who is a former “Front National” deputy at the National Assembly; and Florial Philippot, a former member of the F.N. now at the head of a small right-wing party, “Les Patriotes.” All three tweeted their anger at the government maneuver that looks dangerously like the implementation of a “green passport” regarding COVID-19: a kind of social credit system of Communist China fame by which ordinary citizens would be obliged to comply with government rules in order to travel, hold certain jobs, go to restaurants or bars, and so on.

The “green passport” idea was touted on Monday — on the same day that Castex submitted his draft law — by a centrist member of the National Assembly, Valérie Six. She gave the example of Israel, suggesting that following that country’s lead, France could give all vaccinated citizens a certificate that would allow them to “enter cultural venues, restaurants, in a word to recover a normal life.”

Creating a “green passport” or requiring proof of vaccination would be the equivalent of present measures demanding that travelers from the U.K. to France present a negative COVID-19 test, commented one journalist attempting to downplay fears about the law, as if there were no difference between being free of a virus and receiving a controversial genic therapy shot such as the anti-COVID-19 mRNA “vaccines.”

Jean Castex’s law creating a “lasting regime for sanitary crisis management” would in reality establish a never-ending right for the government to take freedom-restricting measures in “sanitary crises” — one step away from the “sanitary emergency” it also aims to regulate — without institutional control. The French Council of State had already greenlighted the text before it was presented to Parliament, thus practically pre-empting future complaints regarding undue limitations to public liberties and accusations of abuse of power.

Under the “crisis regime,” preceding a possible sanitary emergency or following an effective one, a mere decree published by the government would allow the minister of health to order isolation and quarantines for people suspected of carrying an infectious disease. The “state of sanitary crisis” would be decided for two months and would be renewable twice, and even beyond, provided that after six months of this situation, the government would present a report to Parliament setting out the reasons for the prolongation.

Isolation and quarantine would take place at home or in a “suitable place” according to the choice of the patient — real or presumed — but the draft law provides for legal recourse, obliging a “judge of liberties and detention” who normally evaluates the correct application of prison sentences to examine demands of this new sort of detainees who wish to dispute their temporary removal from society. This might be seen as a guarantee, but on the other hand, it does put isolation and quarantine in a disturbing light, likening them to forced detention.

Many other powers would be at the government’s hands in order to “prevent the spread of an infection,” such as fixing maximum prices for certain goods and requisitioning “persons” and “goods.”

— Article continues below Petition —
SIGN: Join petition calling for a stop to COVID vaccine testing in Europe
Show Petition Text
16493 have signed the petition.
Let's get to 17500!
Thank you for signing this petition!
Add your signature:
Show Petition Text

Under permanent “sanitary emergency” rules, applicable when a “sanitary catastrophe” imperils the health of the population, the government would also institute the emergency status, in this case for one month, by an executive decree without parliamentary control, while a law would be required if it were to be renewed after such a time.

It is under this regime that the prime minister would be allowed to place restrictions on circulation of persons and vehicles and on access to public transport, ban people from leaving their homes, close meeting places and buildings receiving the public, prohibit assembly in the streets, and “adopt any other measure limiting freedom of enterprise.”

This is where the law says the prime minister can submit the right of people to use means of transport, or to access certain places and engage in certain activities, to the presentation of a negative screening text or proof of curative or preventive treatment, including proof of vaccination. As the law is worded, the prime minister could choose among these conditions.

This created outrage because Emmanuel Macron, the French president, has assured that the vaccine would not be compulsory. Many see this mention of the vaccine as a possible prerequisite for travel, work, and leisure as a back-door way to oblige people to submit to the vaccine, although roughly half the French population, according to recent polls, has no intention whatever of taking the COVID-19 shot.

Although the government has claimed that the law simply aims to codify and synthesize measures that have been taken during the past nine months of COVID-19 crisis, and to clarify who can do what in view of possible future sanitary catastrophes, the law clearly appears to favor a systematic power-grab in favor of the executive for an indefinite period.

This is especially worrisome in that the notion of a “sanitary catastrophe” is hardly well defined. If all COVID-19 deaths listed in France were genuinely attributable to the Wuhan virus, that would mean there is less than a 1 in 10,000 risk of dying of the disease, and then only if one is very old or in very bad health.

The law would also allow public health authorities to collect sanitary data without patient consent, for “anonymized” use.

Political figures from the right and center-right, but also former members of the presidential LREM (La République en marche) party and at least one figurehead of the Socialist Party, Arnaud Montebourg, protested vehemently against the text, underscoring the way in which the government is circumnavigating its promise not to oblige the French to take the COVID-19 “vaccine.”

On Tuesday evening, less than 24 hours after Castex presented his law on Monday evening, the outrage was so widespread that the health minister, Véran, announced the government’s decision to backpedal. Speaking on the public-funded news station LCI, he said: “In the present context, when confidence is necessary for the French to take the vaccine by free choice, and because we are still in a state of sanitary crisis, because there is a curfew, the government will not propose this law to parliament before several months, before we will be out of this crisis[.] … It’s not the correct time. I repeat: the anti-COVID vaccine will not be compulsory.”

It was a clear admission of defeat in the face of growing anger against COVID-19 measures. While many citizens are visibly still under pressure from daily government fear-mongering reports in the mainstream media, the reaction to Castex’s attempt to increase the tyrannical powers of the state is unprecedented.

The question now is to know whether Véran’s announcement was true. Critics have published present screenshots of the National Assembly’s upcoming agenda from which the draft law has not been removed and would appear to come before the deputies by January.

To be sure, Parliament has gone into a short recess for the festive season, but Véran did say the withdrawal was temporary.

A former LREM member, a vocal critic of lockdowns and lies around COVID-19, National Assembly member Martine Wonner, tweeted on Wednesday: “No trust at all because the inscription on the agenda of the Assembly is still effective at least until January 6th.” She also noted that a controversial measure barring people from publishing un-blurred images of law enforcement officers that was originally included in a security law has also been removed, only to reappear in another law fighting “separatism.” “They just do whatever,” she said.