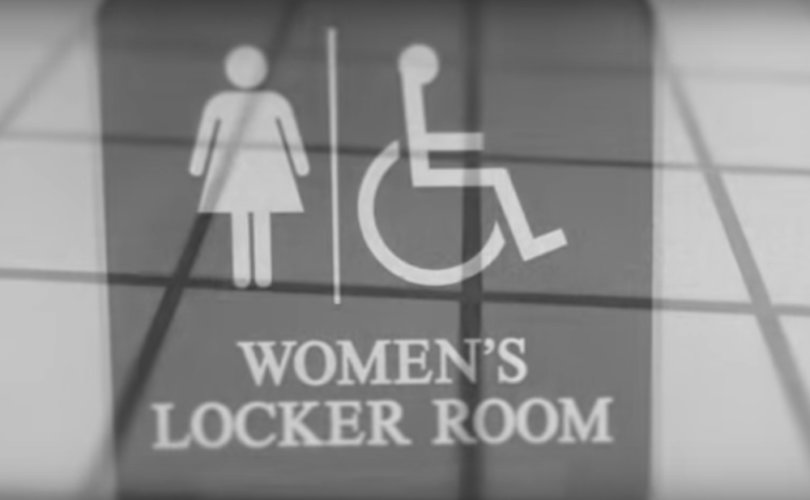 Legislation was introduced in the state House of Representatives in January that would add “gender (self) identity” to the state's anti-discrimination laws (HB-478).

Supporters were well prepared at the hearing, lining up self-described transgender adults to testify and using children as well to speak in favor of the bill. One Cornerstone Policy Research attendee estimated supporters outnumbered opponents 30 to 1.

Homosexual activists brought to the hearing representatives from national groups such as the pro-gay Human Rights Campaign, Harvard Pilgrim Insurance Company, the New Hampshire Business and Industry Association, the Chamber of Commerce, law firms, and the NH Coalition against Domestic Violence.

As a result, instead of scheduling a work session to discuss the practical implications of the bill or retaining the bill for further study, the committee immediately recommended “Ought to Pass” just two days later.

Cornerstone told LifeSiteNews that conservative legislators are working to build a coalition against the bill, both among Republicans and Libertarians.  But as a state with one of the lowest rates of churchgoers in the nation, social conservatives are not a majority.

“Our opposition to this bill is about much more than protecting privacy and safety in bathrooms,” Cornerstone chairman Charlie McKinney said. “It is about protecting the fundamental rights of privacy, religious liberty, parental rights, and private property, among others, of all New Hampshire citizens.”

“The solution here is to allow civil society to work out its own accommodations in love and charity,” McKinney said.

Cornerstone has created an online petition for concerned New Hampshire residents and an open letter to House Speaker Shawn Jasper at BiologyMattersNH.com

The pro-family organization claims that HB-478 puts “the feelings of gender-confused individuals” over citizen privacy and safety. Cornerstone alleges that “serious questions” regarding the bill's effect on “the rights of women, business owners, free speech, privacy, private property, and religious freedom” were ignored “in the rush to embrace radical gender ideology.”

The transgender legislation has been fast-tracked, with a vote expected March 8 or 9. Rep. JR Hoell is leading the legislative fight against the bill.

“I find it disturbing that in today's society members of our legislature would push a public policy that endangers the greater society, putting our families, children in particular, at risk of sexual exploitation by those who would subvert this policy for their own selfish desires,” Rep. Hoell told LifeSiteNews.

“Article one of the New Hampshire Constitution is clear: All men and women are 'born equally free and independent; therefore, all government of right originates from the people, is founded in consent, and instituted for the general good,'” Hoell continued.  “Our House members should be willing to support the Constitution that they took an oath to uphold.”

Opponents say that if the bill passes, confused men would be allowed in girls' changing rooms, locker rooms, showers, and “any other place where women and girls deserve safe, protected spaces.” Furthermore, parents “would be stripped of their rights and can no longer insist that their children's privacy be respected at school.”

“Although the bills are not verbatim, they are effectively the same bill,” Rep. Hoell explained to LifeSiteNews. “In 2009, that bill became so toxic in the press that 24 senators voted to kill it when it was sent to the senate.”

Of additional concern is the prediction that churches and religious organizations “would be forced to comply with radical gender ideology.”

The state has an exemption for “religious entities,” but conservatives say it is “weak and poorly worded, leaving open the threat of litigation or forced violation of mission.”

And even if someone says they belong to “the same religion,” that person may nevertheless claim to be transgender and sue for his or her “rights.” Legal fees to defend suits could be crippling, let alone court-ordered payments to those who cry “discrimination.”

More important, Christian churches have a mission to others, not just their members.  They seek to serve and evangelize everyone, regardless of religion. Therefore, bill opponents say, HB-478 would force churches “to violate their own mission … That is nonsensical.”

Besides public safety and religious freedom, Christians say they are the ones who are truly concerned for the good of gender-confused individuals.  HB-478 “will shield gender confused individuals from the truth,” McKinney wrote in a letter to constituents.

“For centuries, we have had social mores, now dubbed 'discriminatory,' that are in truth loving, since they informally embraced a moral code that pointed to acceptance of how God created us,” McKinney wrote.

“Although most of the national press on this issue has focused on bathrooms, that's not what is really at stake for us as Christians,” McKinney explained.  “At issue here, as with most other social issues, is the freedom to declare the Truth and conform our lives to the will and design of our Father and Creator.”

McKinney recommended New Hampshire pastors urge their congregants to pray and also to write or call their state representatives to request they vote against HB-478.

LifeSiteNews repeatedly sought comment from the Catholic Diocese of Manchester regarding any pastoral guidance issued to the Catholic faithful on this legislation. The diocese said it is “monitoring” the situation.