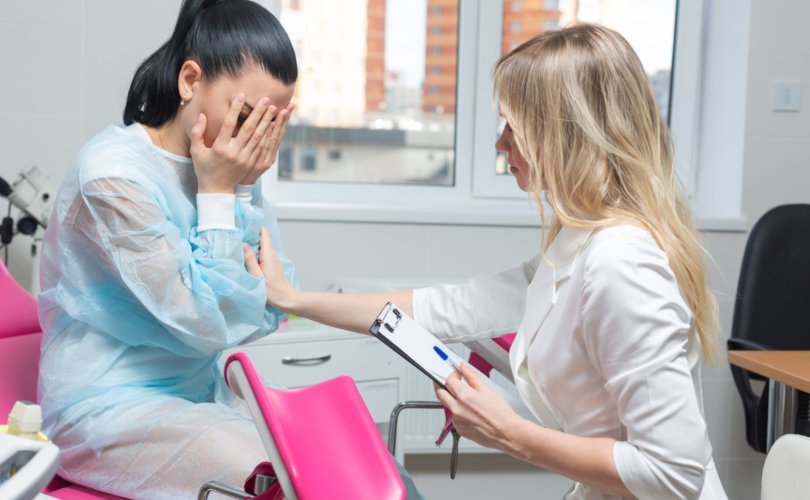 While the state does not allow minors to have their ears pierced without parental consent, as of June 1, Illinois minors will be legally allowed to have abortions without their parents’ knowledge, as reported by Capitol News.

“Today is a tragic day for parents, girls, and preborn babies across the Midwest,” said Kevin Grillot, executive director of the March for Life Chicago, said in a press release.

“Effective today, Illinois strips parents of their rights to be involved in the medical care of their daughters and leaves girls increasingly vulnerable to sexual traffickers,” he continued.

Passed in fall 2021, HB0370 creates the Youth Health and Safety Act that declares those seeking abortions should not have to endure unnecessary barriers or bans. Seeking parental consent for an abortion is considered an ‘unnecessary barrier’ for young girls.

When this law was passed, the Catholic Bishops of Illinois warned of the consequences, saying, “If a minor girl can be taken by any adult man to an abortion clinic, in the hopes of erasing the evidence of his abuse, what protection exists outside of the girl’s parent or guardian being informed? Why would we want to create such a dangerous environment?”

This new law repeals the 1995 Parental Notice of Abortion law, which required minors to notify their parent, legal guardian, or grandparent at least 48 hours before having an abortion but did not require their consent.

This law also allowed exceptions for victims of physical or sexual abuse or neglect by an adult family member.

As the only state in the Midwest without parental notifications, Grillot worried that out-of-state minors would seek to have their abortions in Illinois.

Emily Werth, staff attorney at the pro-abortion American Civil Liberties Union (ACLU) of Illinois, rejoiced over the decision, saying, “Prior to today, pregnant young people could make any medical decision without barriers except abortion. Now, thankfully, they have the same right to make a confidential decision about their health care as everyone else.”

Republican state Representative Tom Morrison worried, “The state has prohibited these same girls from getting ear piercings, tattoos, smoking, buying lottery tickets or even visiting indoor tanning salons because they are deemed not mature enough to understand the consequences of their decisions.”

Bishop Thomas Paprocki of the Diocese of Springfield, Illinois called the bill’s signing “a dark and disgraceful moment in the history of the State of Illinois … It is striking how much this legislation does to provide cover, secrecy, and darkness over evil deeds.”

“This legislative action violates the most fundamental rights and duties entrusted by God to parents to ensure the health and safety of their children,” Paprocki continued.

“This is a right and responsibility that God grants, and which no government can take away. In attempting to do so, this legislation acts directly against God’s will, which is the very definition of evil,” he added.