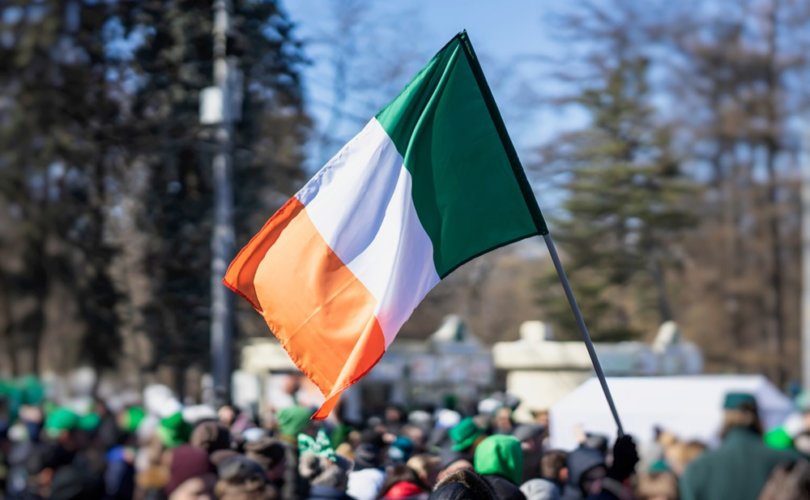 DUBLIN, Ireland, October 23, 2020 (LifeSiteNews) — As a result of an astonishing new law passed in Ireland last night, members of the clergy could now face imprisonment for celebrating Mass or other ceremonies.

An amendment was made to the 1947 Health Act, concerning temporary restrictions in the nation-wide lockdown, and passed into law by the Irish Parliament, or Dáil, on October 22. Article 8 of the new regulations outlines restrictions on events, and reads: “A person shall not organise, or cause to be organised, a relevant event in a relevant geographical location other than in accordance with paragraph (2).”

Paragraph (2) lists the only two permissible exceptions to the law, which are if the event takes place “only outdoors” and if the organizer “takes all reasonable steps to ensure that the event is attended, or proposed to be attended, by persons residing in no more than 2 different places of residence.”

The now amended Health Act specifically states that forbidden events include gatherings for “religious or other reasons.”

Funerals are permitted under the law, but only with the strict condition that there be no more than 25 people present, excluding the priest.

Anyone contravening the law has committed an “offence” against the Health Act, for which the penalty is “a class C fine, or to imprisonment for a term not exceeding 6 months, or both.” A Class C fine is one that does not exceed €2,500 (about $3,000).

The Iona Institute first reported the news, noting that the last time priests faced such a penalty for saying Mass was in the penal times, when Catholics in Ireland were under bloody persecution.

Minister for health Stephen Donnelly seemed unaware of the text of the legislation, claiming that “I assure the Deputy and other colleagues that with regard to penalties, religious services are non-penal in that there is no penalty attached to them.”

However, Deputy McNamara, the recently appointed chair of the Special Committee on the COVID-19 Response, issued a blistering attack on the government: “Priests will be committing a criminal offence if they open the doors of their churches for Mass.”

The Irish Constitution holds that “[f]reedom of conscience and the free profession and practice of religion are, subject to public order and morality, guaranteed to every citizen.”

The Irish government has provided a list of “essential retail outlets” that are permitted to remain open, among which are included normal supermarkets, opticians, shops with animal supplies, and food markets.

The government originally re-closed the churches on October 5, despite widespread compliance from religious communities with the existing government measures to stop the spread of COVID-19.

Senator Rónán Mullen expressed his confusion about the heavy-handed restrictions on churches: “It is strange that there is this lack of nuance and sophistication in the government’s recommendations or regulations because in all groups of society those who are attending Masses and services are probably the most compliant.”

At the time, the four archbishops of Ireland expressed their concern that people be allowed to continue to attend Mass. “While we fully support the guidance of the public health authorities, we will continue to engage constructively in the coming days with the civil authorities to ensure that our people have continued access to the support of Mass and the Sacraments and essential spiritual nourishment for these challenging times.”