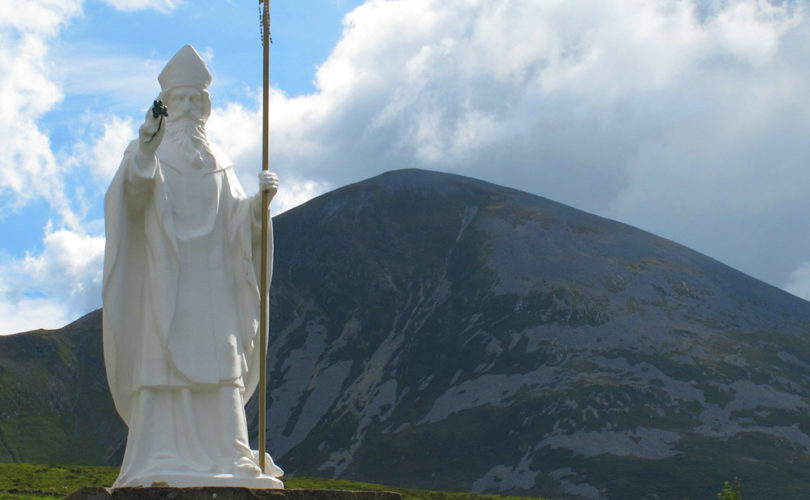 The bill, which extends the ban on discrimination in the “equality law” to religiously-based institutions, affects the 90 percent of the country’s schools that belong to the Catholic Church.

While homosexual groups and media pundits hail the new law, defenders of the Catholic schools and teachings say the law is unconstitutional.

“This bill is the key piece of the legislative map that will allow LGBT people to be themselves, get married, and have a family without a threat to their job if they work in a religious-run institution,” said Sandra Irwin-Gowran, director of education policy with the Gay and Lesbian Equality Network.

Until last week, Section 37 of the Employment Equality Act exempted religious employers from the general ban on discrimination based on sexual behaviour, when the behaviour conflicted with the school’s religious “ethos.” It affected homosexuals, divorcees, co-habiters, etc.

The Iona Institute, a non-profit organization set up to defend the Catholic faith, believes that the exemption is supported by Section 44.2.1 of the Irish Constitution which states that “Freedom of conscience and the free profession and practice of religion are, subject to public order and morality, guaranteed to every citizen.”

In a brief to the government, the Institute noted that the exemption had been “upheld by the Supreme Court in Re the Employment Equality Bill 1996 on the grounds that it strikes a proper balance between the right of free profession and practice of religion on one hand and the right to equality before the law and the right to earn one’s livelihood on the other.”

The brief noted that the same Supreme Court ruling also affirmed a parental right to teach children religion at home and in a public or private school. “Religious education of the children is primarily a matter for the parents and parents are free to establish this education in their homes or in private schools or in school recognised or established by the State,” said the judge, C.J. Hamilton.

Declared the Iona Institute: “We further believe that any withdrawal of this protection is both unconstitutional and an attack on the right of free profession and practice of religion.”

Ireland’s church-affiliated schools are all state-funded, an arrangement that is increasingly under government scrutiny. Parent groups have the right to apply for secular schools and the Catholic Church is required in theory to provide space in unused schools. Its leaders have recently indicated that teachers who cannot sincerely teach the Catholic faith should move to a secular school, though these are not available in more than half the country.