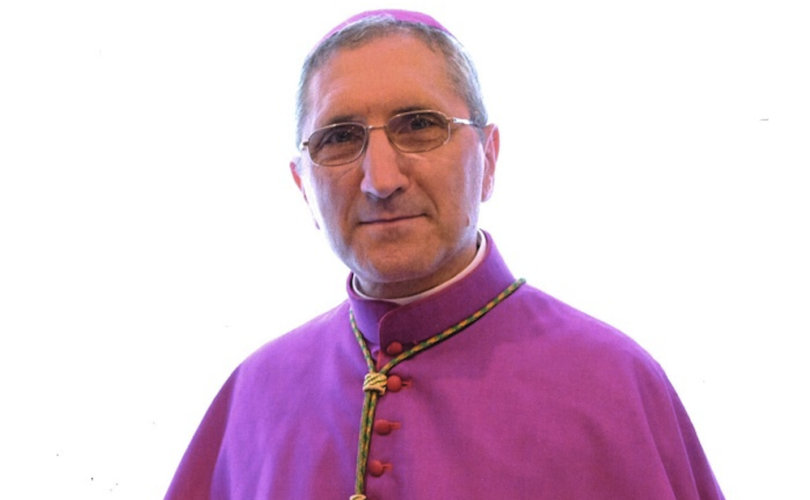 Bishop Guglielmo Borghetti of the Diocese of Albenga-Imperia in Italy

The former bishop, Mario Olivieri, was a conservative who led the diocese from 1990 and was famous for being a pillar of faithfulness to Rome. Bishop Olivieri was a member of the Pontifical Congregation for the Liturgy as well as a collaborator with the Congregation for Clergy in the Vatican.

The seminarians under Bishop Olivieri were educated in both forms of the Roman rite and many of them celebrated the extraordinary form regularly. The bishop also made it possible for some traditionally minded groups to open apostolates in the diocese – for which he received much flak from a group of liberal-minded priests who stirred media campaigns against him.

Now news has surfaced that the newly instituted Bishop Borghetti wants to get rid of orientation to the East during the Mass. With this pronouncement, the bishop will “turn the altars and stop the nostalgic and excessively traditionalist temptations,” reports La Stampa of Savona, Italy. This decision was announced by Bishop Borghetti on October 20 when he met with the clergy of his diocese to present new “guidelines and the new course of the diocese.”

This new “course” will not have much space for “nostalgia for the past.” And at the same time, the bishop urged the clergy to not seek counsel from the retired bishop but follow Borghetti’s authority.

He went a step further and said: “I don’t like going into the parishes and celebrating Mass on a false altar: all Churches must have altars facing towards the people.”

It is to be expected then that there will be no more Masses with priests facing toward the East, except perhaps in smaller churches of the diocese or on special occasions.

Borghetti also promised to provide a small drawing for the priests that will show how the presbyterium is supposed to be arranged.

Bishop Borghetti fails to recognize that the celebration of the extraordinary form of the Roman Rite is part of the Church’s Magisterium, which he sets as the foundation of his leadership. The rite has been renewed through the Motu Proprio of Pope Emeritus Benedict XVI’s “Summorum Pontificum.” Also, elements of the extraordinary form, including the celebration toward the East, have been recently encouraged by the current head of the Pontifical Council for Liturgy, Cardinal Robert Sarah, as well as more recently by Pope Emeritus Benedict himself.