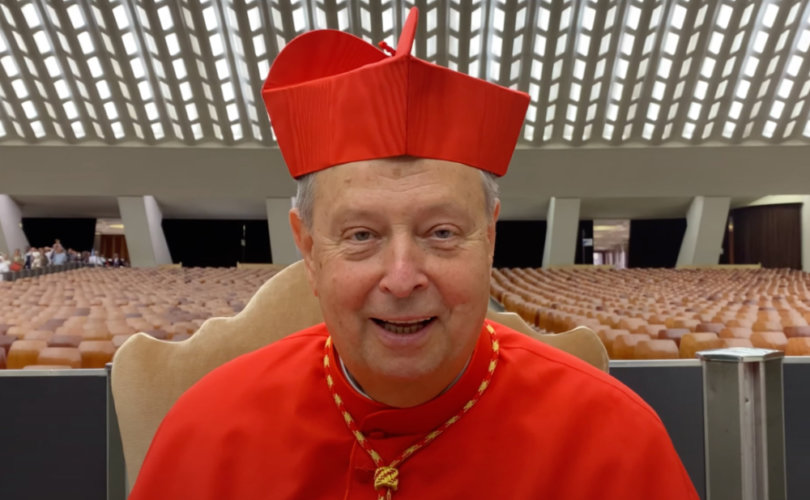 VATICAN CITY (LifeSiteNews) – A newly appointed cardinal has been revealed to have played a “key role” in supporting a pedophile priest who was serving in his diocese, even reportedly lobbying Pope Francis to hand out a reduced penalty to the priest.

Cardinal Oscar Cantoni, current bishop of the Como diocese, was raised to the cardinalate by Pope Francis in the recent August consistory. He has been recently shown to have tried shielding Father Mauro Inzoli, who was found guilty of molesting underage boys when in Cantoni’s former diocese.

Cantoni was appointed bishop of the Diocese of Crema from 2005 to October 2016. During his tenure as head of the diocese, Cantoni received allegations of sexual abuse of young boys committed by Father Mauro Inzoli. Italian Catholic blog Silere non possum reports that Cantoni received these reports as early as 2010.

Dubbed “Don Mercedes” for his love of flashy cars and high living, Inzoli was accused of molesting boys, including in the confessional. Silere non possum reported that the Congregation for the Doctrine of the Faith (CDF) and Bishop Cantoni concluded during a 2011 investigation into Inzoli that there was “the necessary moral certainty” to find him guilty of abuse. Cardinal Gerhard Müller, then head of the CDF, reportedly wrote that there were up to 20 different allegations of abuse committed by Inzoli against both male and female minors.

With Cantoni handed responsibility for enacting an appropriate penalty against Inzoli, he merely signed a decree removing Inzoli from public ministry, ordering him to live outside the diocese, and to celebrate Mass in private, according to Silere non possum. Yet this act of leniency was overruled by the Vatican only months later, with Müller’s CDF ordering Cantoni to remove Inzoli from the clerical state.

— Article continues below Petition —
PETITION: We won't give any money to liberal bishops who attack the Faith
Show Petition Text
11622 have signed the petition.
Let's get to 12500!
Thank you for signing this petition!
Add your signature:
Show Petition Text

Inzoli and Cantoni petition the Pope

Inzoli responded by appealing to the CDF in January 2013, which ultimately failed in May of that year, when the CDF voted against his petition: 14 against, one abstaining, and one defending Inzoli. But Silere non possum reports that thanks to “his bishop” – Cantoni – Inzoli was nevertheless able to take his cause to newly elected Pope Francis.

In stark contrast to his predecessor, Francis then overturned the CDF’s ruling in 2014, allowing Inzoli to return to the priesthood. As LifeSiteNews has reported, this decision was based on lobbying on Inzoli’s behalf by influential friends in the curia, namely Cardinal Francesco Coccopalmerio and Monsignor Vito Pinto. Cardinal Müller warned Francis not to reinstate Inzoli – a warning which later led to his removal as prefect of the CDF at the hands of the Pope, according to a Vatican source in 2018.

Silere non possum reported that a member of the CDF spoke of the Congregation’s amazement at the Pope’s intervention: “Evidently someone had privileged access to Santa Marta,” Pope Francis’ chosen residence.

Inzoli was ordered to live a life of “humility and prayer,” but nevertheless attended an Italian conference on the family in 2015, which created a media storm in Italy.

After Cantoni was appointed to the Diocese of Como in October 2016, Francis was then forced to act against Inzoli, when an Italian civil court convicted the priest of eight counts of sexual violence against boys aged 12 to 16 between 2004 to 2008. Prosecutors sought a sentence of six years, but Inzoli was given a jail term of four years and five months.

Inzoli had already agreed to pay €25,000 as compensation to the families of his victims prior to his sentencing.

The civil prosecutor Roberto Di Martino suggested that there may have been more than 100 “questionable incidents” in Inzoli’s conduct toward minors. He also criticized the Vatican for not supplying the documents requested by the court.

However, despite Cantoni being heavily responsible for the rehabilitation of Inzoli, he did not suffer a removal of honors, but instead has seen his ecclesial career proceed apace in recent months. After Francis announced Cantoni would be made a cardinal in the recent August consistory, the bishop of Como was appointed to join the Dicastery for Bishops, having responsibility in naming future Catholic prelates across the world.