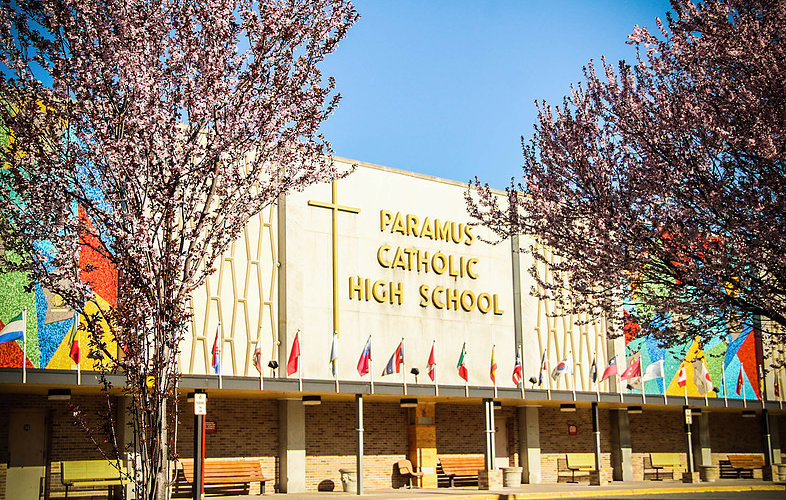 HACKENSACK, New Jersey, August 23, 2016 (LifeSiteNews) – A judge has denied a New Jersey Catholic school’s motion to dismiss a discrimination lawsuit filed by a former staffer who was fired for entering into a homosexual “marriage.”

Kate Drumgoole alleges in the suit that Paramus Catholic High School and its president, James Vail, along with the Archdiocese of Newark, violated New Jersey anti-discrimination law and intentionally inflicted emotional distress by firing her from the school in January.

Drumgoole said she was fired as dean of guidance and head girls basketball coach after administrators learned she was “married” to Jaclyn Vanore.

“Jacquie and I both felt that we needed to create awareness, that this is still happening in 2016,” Drumgoole said, according to NorthJersey.com. “And that really nobody deserves to be treated this way.”

A spokesman for the Archdiocese of Newark told LifeSiteNews the archdiocese does not comment on matters in litigation.

The attorney for the school, Vail and the archdiocese argued in Superior Court on Friday for Drumgoole’s suit to be dismissed, contending his clients did not violate New Jersey’s Laws Against Discrimination (LAD) because it permits churches to mandate that employees subscribe to their principles.

“Those First Amendment rights, that exception of the LAD provided for religious organizations, absolutely prevents this case from going forward,” Westrick said.

Drumgoole “was not terminated because of her sexual orientation,” the motion to dismiss said. “Instead, she was terminated for violating the Ministerial Policies and the Code of Ethics – in failing to abide by the tenets of the Roman Catholic faith, i.e. by entering into a same-sex marriage.”

Further, Drumgoole had signed an agreement to follow the Roman Catholic Church’s tenets when she was hired and that this was part of her collective bargaining contract.

In her decision, Friscia said in particular that the court should look at whether Drumgoole had functioned in a ministerial capacity and likewise whether the dispute is secular or ecclesiastical.

“Only after discovery is complete can the court review each claim to determine whether the ministerial exception grounded in the First Amendment applies and whether the defendants’ actions are exempt under the NJ LAD,” she said.

Paramus Catholic administration learned Drumgoole had entered into a same-sex “marriage” after Vanore’s sister sent pictures of the couple’s August 2014 “wedding” via private message to the Facebook pages of the school and its alumni association along with Vail’s private account.

Vanore’s sister sent the photos after the two had been in an argument. According to NorthJersey.com, the sister is named in the case for intentional infliction of emotional distress and unlawful interference with Drumgoole’s employment.

“These are kind of unusual circumstances,” Westrick said. “The school wasn’t looking for this. It was presented to them.”

Drumgoole said in a document filed with the court that her job never included religious instruction and also that she believes her firing might be retaliation for her informing school administrators that during a 2011 trip to Europe three 17-year-old students had been sexually abused by two Paramus Catholic employees who were chaperones.

Drumgoole contends as well that she was singled out, citing examples including that numerous Paramus Catholic faculty members are divorced, at least one has a child out of wedlock, a number of employees are cohabitating with members of the opposite sex, at least one other teacher is homosexual, and nude photographs of another teacher have been shared online.

“There are people who are living lives that go against the tenets of the Church and they’re still employed there,” she stated.

Drumgoole’s lawsuit seeks unspecified damages and lost wages but not for Drumgoole to be reinstated.

Her lawyers said Monday’s decision is one step in what will likely be a “protracted battle.”

“This is just round one,” attorney Larry Kleiner said after the ruling. “But this gains us entry to the courtroom.”