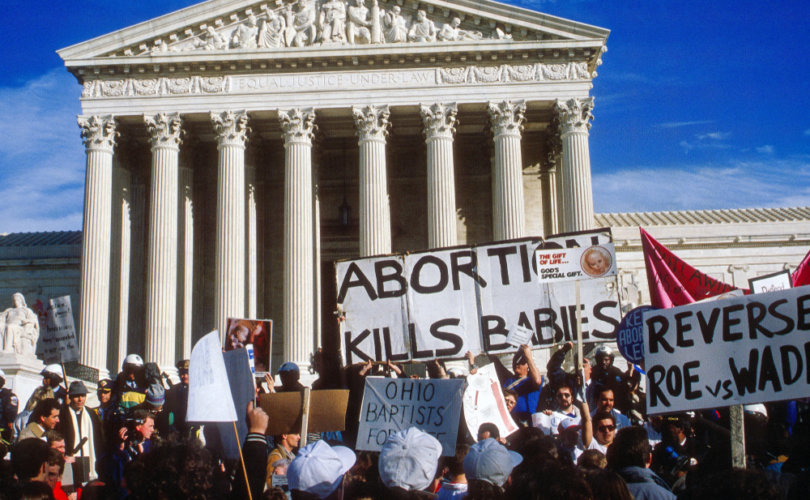 October 6, 2020 (LifeSiteNews) – In the wake of pro-life Judge Amy Coney Barrett being nominated by President Trump to the U.S. Supreme Court, Gov. Phil Murphy of New Jersey is rushing towards codifying Roe v. Wade. To codify, to make into law, means that the Democrat governor seeks to legislate abortion into New Jersey state law.

Barrett is a pro-life Catholic and an originalist when it comes to the Constitution. Murphy fears her appointment could potentially mean a future where Roe v. Wade would be overturned.

“The intensity of our passion has only gotten even more acute,” Murphy said.  “Justice Ginsburg’s life work gives us the courage to do more than sit idly by as New Jersians wonder aloud whether the Supreme Court will overturn Roe v. Wade. We are seizing the moment to codify everyone's full reproductive rights into law. This means that rather than relying on case law, New Jersey's laws on the books will state that this is plain and clear.”

States have been legislating their own abortion restrictions since Roe, but Democrats historically oppose any limits on abortion. The governor seeks to be on the offensive by pushing the aggressive Reproductive Freedom Act. Murphy vowed not only to fight to keep abortion legal should Roe v. Wade ever be overturned, but to make sure it would be paid for and covered by private health insurance. The bill pushes for deregulations. According to New Jersey Right to Life, if the bill were passed, it would, “allow abortions to be performed by non-physicians and permit abortions beyond 14 weeks gestation to be performed in an office setting.”

Murphy and First Lady Tammi Murphy, along with other pro-abortion state Democrat leaders, including NJ Senate Majority Leader Loretta Weinberg, Assemblywoman Valerie Vainieri Huttle, and Lieutenant Gov. Sheila Oliver, addressed New Jersians on Sunday in a live-streamed video.  Their introductions were made by a New Jersey Planned Parenthood Action Fund spokeswoman, Kaitlyn Wojtowicz, who thanked them all for their “steadfast commitment to reproductive access.”  Murphy and first lady sat side-by-side as he spoke about his renewed fervor to expand abortion since the death of Justice Ruth Bader Ginsburg.

The Family Policy Alliance of New Jersey, a Christian public policy partner of Focus on the Family, is pushing back against the governor’s bill proposal. The bill is being promoted to New Jersians this month, the same month that Murphy declared it to be a “remembrance month” for “pregnancy and infant loss.”

Shawn Hyland, Director of Advocacy at Family Policy Alliance NJ responded to the proposed bill: “At the beginning of the solemn month, it is the epitome of hypocrisy to today announce his support for a radical abortion proposal…We call on Governor Murphy and the pro-abortion Contingent in the NJ legislature to stop promoting policies that legally advance genocide in the Garden State.”