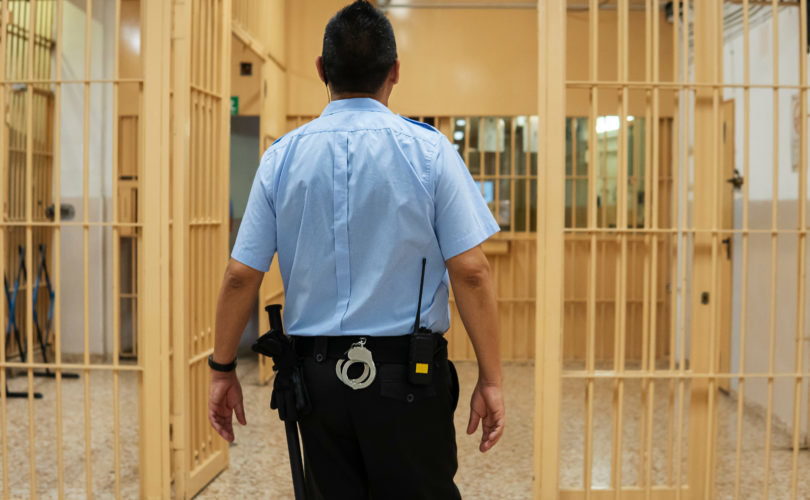 TRENTON, New Jersey, June 30, 2021 (LifeSiteNews) – As the result of a recent lawsuit, a new policy will force New Jersey jails to house men who claim to be women with biological women.

A settlement was recently announced, according to NBC News. by the American Civil Liberties Union of New Jersey, which represented a man claiming to be a woman in an August 2019 suit against the New Jersey Department of Corrections and its officers. The man went by the pseudonym Sonia Doe in court documents.

This case was based on Doe’s claim that officers misgendered him, denied him female commissary items and left him unprotected from fellow inmates who allegedly harassed him. In May 2019, he also claimed that three officers physically assaulted him after he corrected them for “misgendering” him.

The ACLU alleged that in response to the complaint the department found Doe guilty of assault and sentenced him to 270 days in isolation. A few weeks after filing the complaint with the ACLU, Doe was moved to the Edna Mahan Correctional Facility for Women despite being a biological male.

As a result of the lawsuit, inmates in New Jersey jails will not be housed according to biological sex but by “gender identity.” Additionally, the department must pay Doe $125,000 in damages and his attorney fees.

Furthermore, officers working at the facilities will be forced to call inmates by their “proper pronouns,” which include “gender-neutral pronouns such as they/them, and the gender-neutral honorific ‘Mx.’ instead of ‘Mr.’ or ‘Mrs.’”

Tess Borden, an ACLU of New Jersey staff attorney, said, “It is a commitment, on paper, to really affirm trans lives and the lives of nonbinary and intersex folks in DOC custody as well.”

“My hope is that this policy is a step in the right direction in New Jersey's commitment to keeping people in this prison safe,” she continued.

Borden did not mention the safety of women in prisons who will be living with biological men who claim to be women.

New Jersey is one of four states along with California, Massachusetts and Connecticut that allow biological males access to women’s prisons. All of these states can deviate from this policy if there is a “security or management” concern.